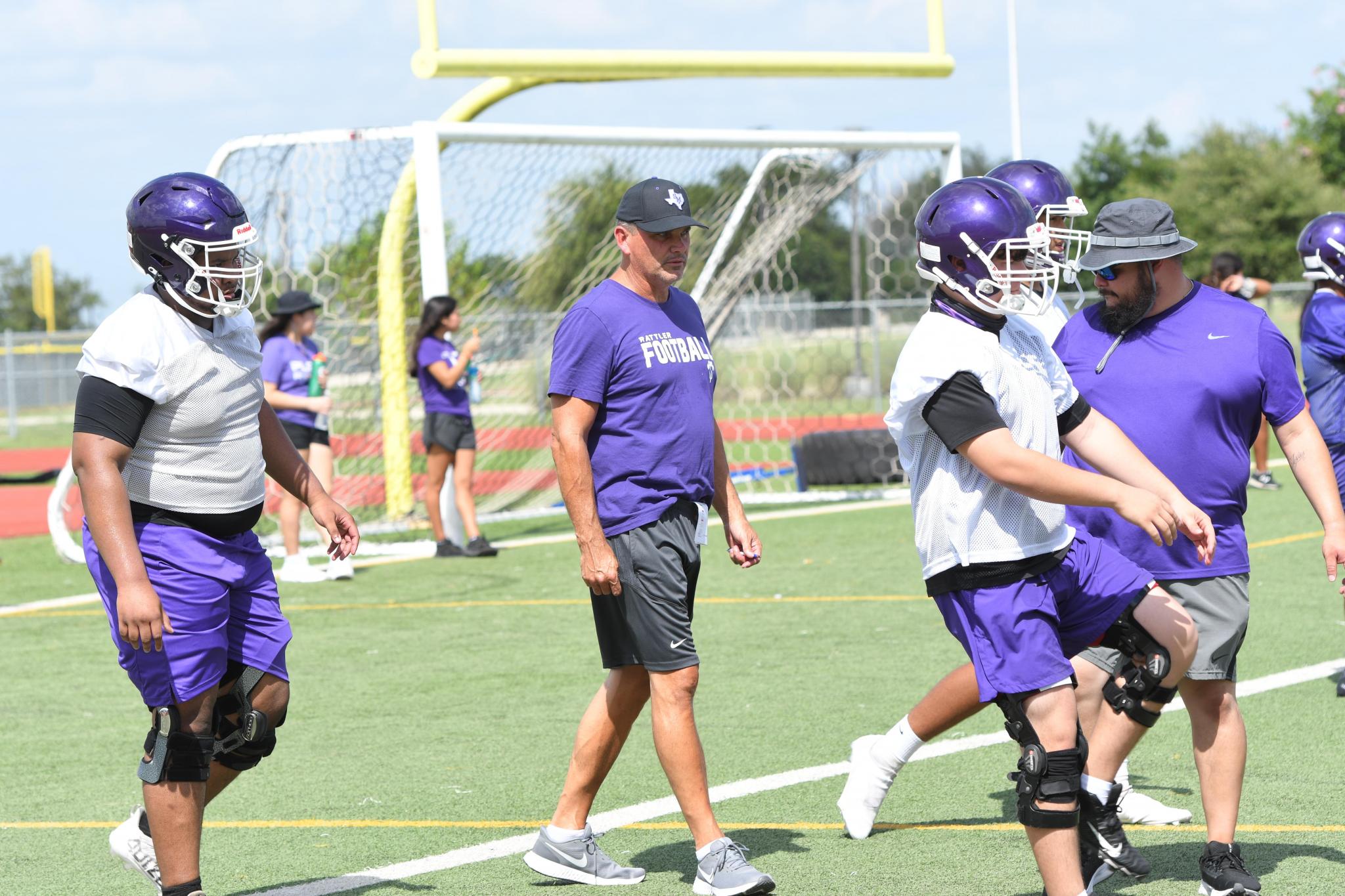 San Marcos moved to District 27-6A in UIL realignment

San Marcos will see an entirely new district for the second realignment cycle in a row.

In an announcement on Thursday, the UIL revealed the Rattlers will move to District 27-6A beginning in the fall of 2022 and lasting through the spring of 2024.

“For me personally, it’s where I was wanting to go,” San Marcos athletic director and head football coach John Walsh said. “I got to build relationships in the Austin area and now I'm excited about doing it down here in the San Antonio area. So I was really hoping the Rattlers went that direction.”

The purple and white will form a six-team district along with Cibolo Steele, Converse Judson, New Braunfels, San Antonio East Central and Schertz Clemens — all members of the old District 26-6A from 2018-20.

Moving from an eight-team district to a six-team league presented Walsh with some challenges. He made preliminary agreements to schedule non-district football games with New Braunfels, East Central and San Antonio Madison. But once San Marcos was put into the same district with the Unicorns and Hornets, along with two weeks opening up by being placed in a smaller league, Walsh suddenly had four games he needed to schedule.

It took him a while to finalize, especially with only three other districts in Region IV having six schools, but eventually nailed down the team’s non-district slate. The Rattlers will face Hutto in week one, San Antonio Madison in week two, San Antonio Wagner in week three, Laredo Alexander in week four and Eagle Pass in week five.

“Really, all matchup logic went out the door,” Walsh said. “I knew there were so many large districts around us that it became an availability issue, so we were all trying to call the same people. Luckily us and Hutto had already talked about playing because I thought New Braunfels, if we went that way, for sure would be in our district. So us and Hutto were pretty much locked if that took place. The East Central one kind of threw me for a loop. So luckily, Wagner was looking for a game. So it really just came to availability.”

Walsh said he’s looking forward to preparing for the new schedule, as are the other programs at San Marcos.

“We made some strides last year on the field but I think our strides will be considerable after our second offseason. So I'm excited,” Walsh said. “Again, I'm new down here. But I'm on the head coaches text thread and, you know, there's a lot of excitement about going that way.”