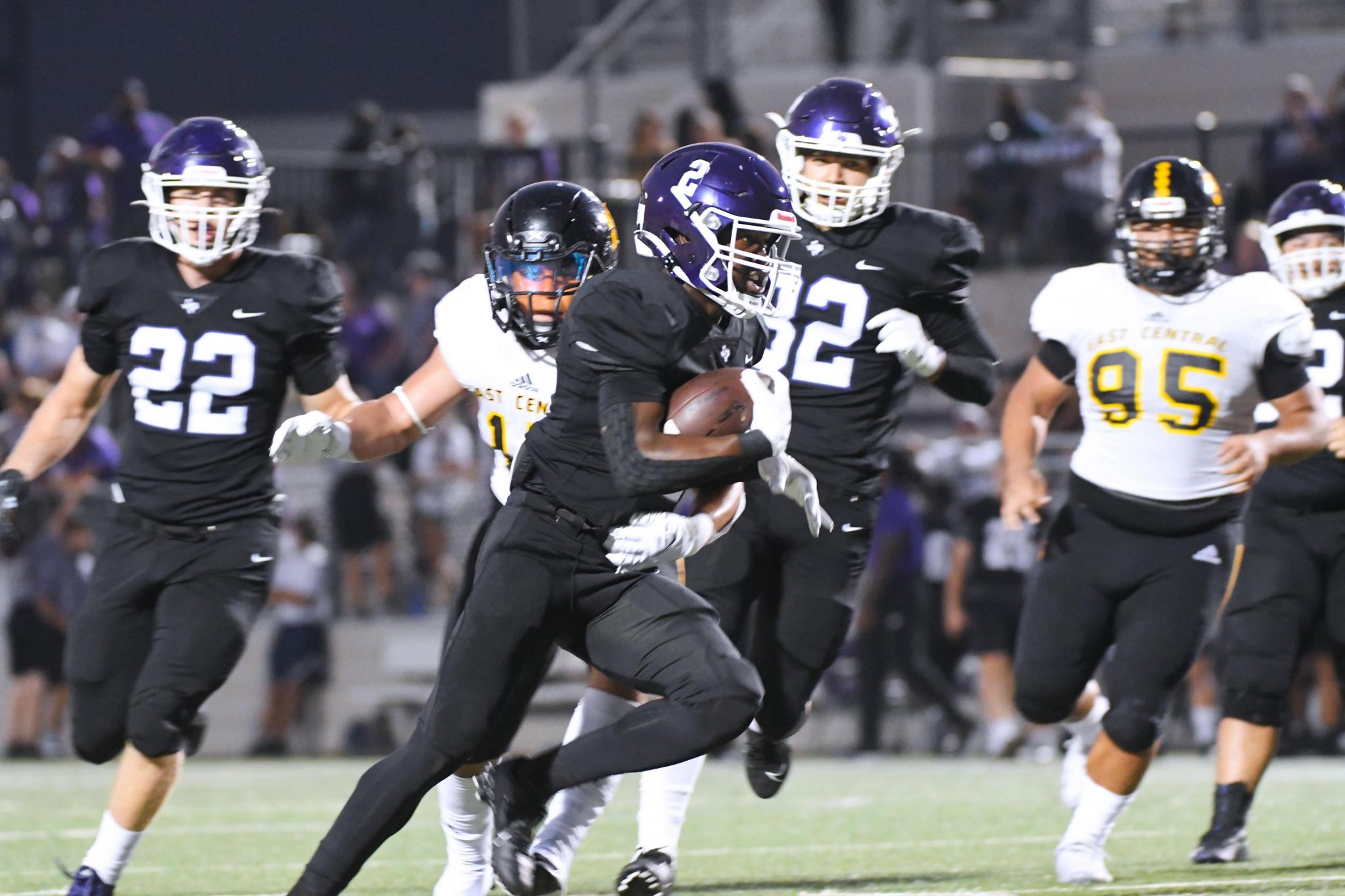 The Chaparrals are the reigning 6A Division I state champions and with their head coach Todd Dodge announcing he will retire following this season, the team is trying to go out on a high note.

The Rattlers come with a much different approach. Head coach John Walsh has stated multiple times that teams like No. 10 Lake Travis and Westlake are chasing different objectives at this time in their programs. San Marcos is seeking a playoff berth for the first time in four years, while Westlake is chasing consecutive 6A state titles.

Co-offensive coordinator Marvin Nash is focused on the development of the team itself more than the team’s district matchup after a week off from games.

“We worked on just getting back to the fundamentals. Just like I talked about with our receivers, we stripped it all down again and we fine-tuned it,” Nash said. “As you get going, things start to get repetitive and you have practice Monday, Tuesday, Wednesday then walkthrough Thursday, game Friday, you might get a little lackadaisical with the stuff that you need to know. So we’ve refined that. It’s all about fixing us. The things that we’ve done wrong, the things that we need to fix, we fix that. Our opponent is our opponent and our schedule is our schedule so we play whoever lines up against us. If we go into it and we fix what we need to fix then we’re in good shape.”

Westlake can beat you in a variety of ways. The offense is led by senior quarterback and Clemson commit Cade Klubnik, who is averaging an absurd four touchdowns per game, finding seven different receivers for a score in the process. Considering San Marcos is more than likely still without its top defensive back senior Malik Gordon, this could be an issue for the Rattlers in Austin on Friday night.

His 72% completion rate makes it easy for the ground game to get going as well. Senior running back Hunter Henault is coming off of a 13-carry, 99-yard and one-touchdown performance in a 63-6 win over Del Valle.

Even through injuries to its defensive anchors, the Rattlers held its last two opponents in the second half to 10 points combined. Although East Central isn't a perennial state title contender such as Westlake, Lake Travis could be and San Marcos only allowed 10 points against them in the second half of the district opener. Sophomore Malachi Ogunbase and senior Exavion Harris will draw tough individual matchups against four-star receiver Jaden Greathouse.

Offensively, San Marcos will continue to put all the moving parts together in one game. They've had spurts of greatness but they've cost themselves scores by picking up penalties at some of the more crucial times during drives. They've had receivers catch for over 100 yards in a game, as well as a duo of running backs being responsible for multiple rushing touchdowns in a game. The Rattlers must be led by their stout offensive line this week, which comes into this game looking to learn from it. Senior guard Jacob Pinkston was straight to the point breaking down what this challenge will teach them about not only themselves but each opponent after.

The Rattlers look to start trending in the right direction during the second half of their season. Westlake won't make it easy as they are still playing to keep the school's longest winning streak in its 50-year history alive and pushing. The hosts also haven’t dropped a home contest since Sept. 7, 2018. San Marcos has a chance to spoil the fun with a win on the road against Westlake inside Chaparral Stadium at 7:30 p.m. Senior guard Nicholas Jones explained what a win would do for the team later on in the season.

“I think it would give everybody a lot more confidence in the skills and belief that we can beat tough teams,” Jones said.