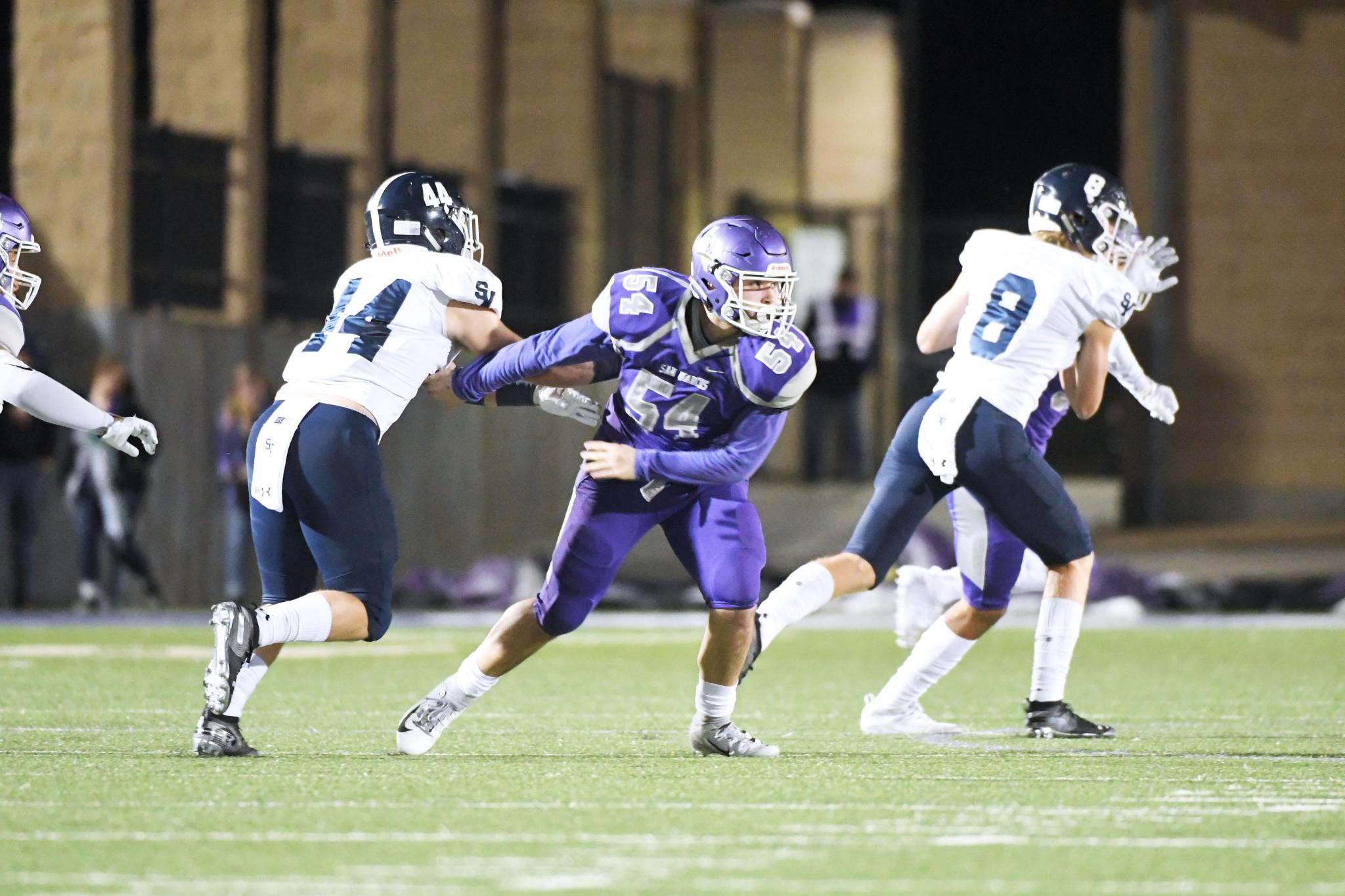 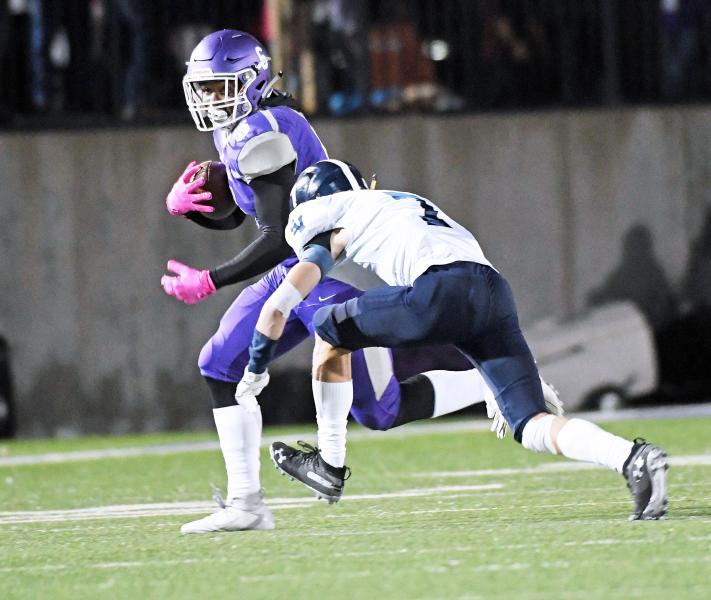 It was a tale of two halves.

San Marcos (0-9, 0-6 district) and Smithson Valley (5-3, 3-3) came out firing on offense Friday night inside San Marcos Toyota Rattler Stadium, combining for 28 first-quarter points. After a high-scoring first half, the Rangers were held to one touchdown in the second but came away with a 42-7 win in the Rattlers’ final home game of the season.

Smithson Valley opened up its first drive with four consecutive plays to senior running back Greg Eggleston, getting him involved in the passing game with a 12-yard catch on 1st and 10. Two plays later, the senior alluded the middle of the Rattler defense, hurdling defenders for his first touchdown of the night from 10 yards out.

The Rattlers took no time to respond.

Off the visitors’ kickoff, senior strong safety Andres Alonzo returned the ball to the 45-yard line, setting the Rattlers up with good field position. San Marcos ran one play before sophomore wide receiver Nathan Henry got open a quick slant route. No one caught him down the seams as he ran 51 yards through defenders to the end zone and knotted the score up at seven apiece.

The Rangers answered back with a kick return that took the ball into Rattler territory. Senior quarterback Luke Gombert rolled out in play-action and hit his tight end in stride 39 yards down the field as Smithson Valley took the 14-7 lead early in the first quarter.

The Ranger defense came up with an interception on the first play of the purple and white’s next drive. Eggleston continued to find his rhythm on the ground, producing 78 yards and two touchdowns before the end of the half.

San Marcos came out of halftime with a few tricks up its sleeve. The hosts recovered an onside kick to begin the third quarter. On 4th down, senior punter Daniel Marquez faked the punt and hit junior linebacker Moses Alva for 13 yards and a first down. With all the momentum and driving, the Rattlers got to the Rangers’ 11 before being picked off on 4th and 10.

After three straight drives ending in punts for both teams, Smithson Valley broke the scoreless spell halfway through the fourth, giving them the win and ending the two-game losing streak. Although the Rattlers lost, Soto expressed how proud of the defense in the second half.

“We went in and made some adjustments and the kids played hard in the second half on both sides of the ball,” Soto said. “(The) third quarter was entirely ours except maybe one or two series that they had. So I was pretty impressed with that.”

Takai Madgett continued to show he can be the main receiver for the Rattlers. The senior had 73 yards in the first half and recorded a season-high 17 catches for 138 yards. He now has four 100-plus receiving yard games on the season.

“He’s just an outstanding football player,” Soto said. “And hopefully a college is going to look around and see his stats and see his stature and start making some offers.”

Friday marked the final home game for San Marcos’ senior, but they’ll have one more chance to play together. The Rattlers look to close out the last game of the season on the road against New Braunfels Canyon next Friday at 7:30 p.m.

“We’re gonna get up and go to work again,” Soto said. “We’re gonna come back tomorrow, go to work and start getting on Canyon and hopefully end this season with a bang.”