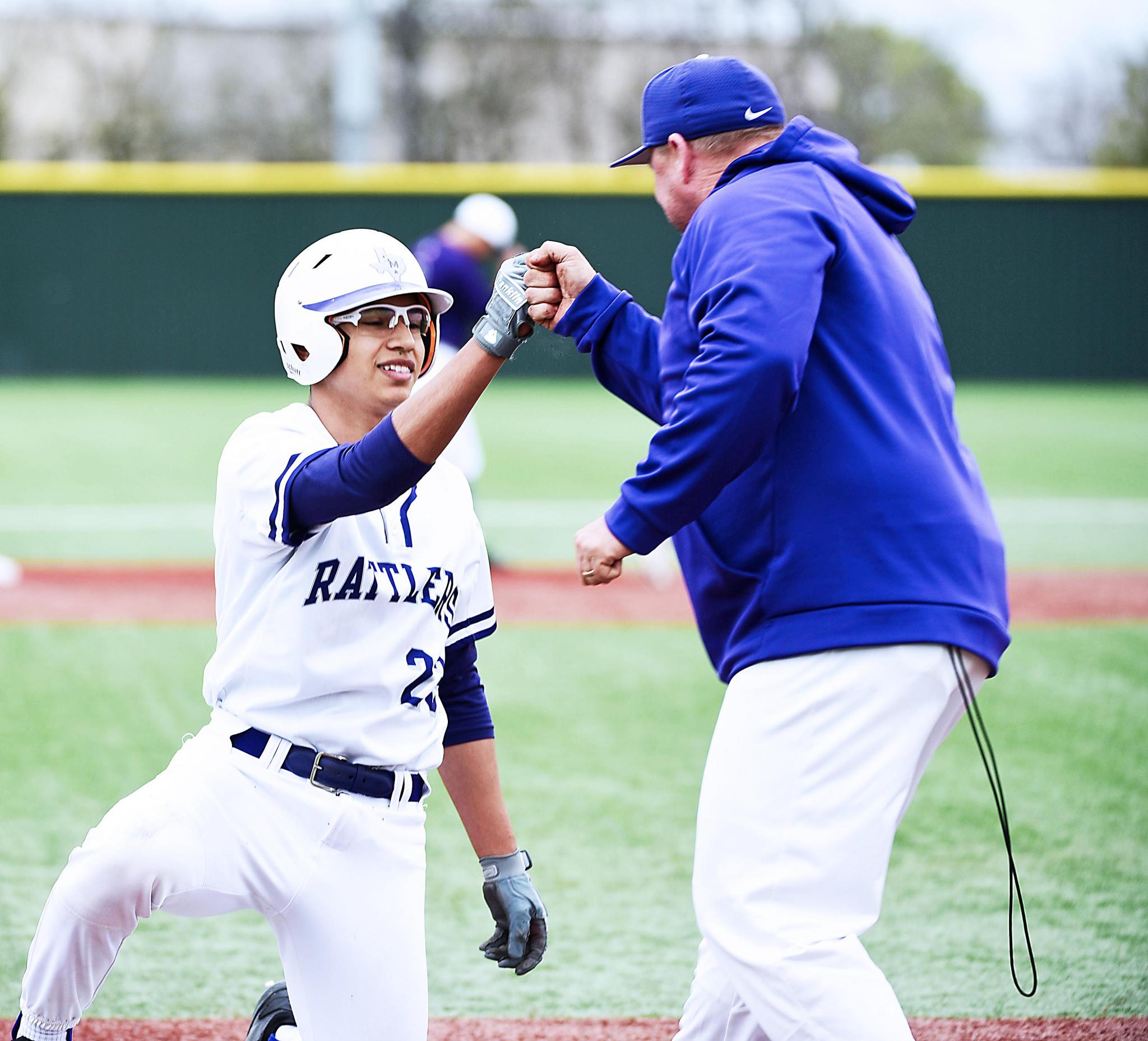 Bryan Webb could feel his team getting complacent.

The Rattlers got off to a strong start against San Antonio Warren inside the San Marcos baseball stadium, scoring three runs in the second inning Thursday afternoon. But the momentum hadn’t carried over into the next two innings as the team failed to extend its lead.

“Don't be satisfied,” Webb told his players after the top of the fifth. “We're not done.”

San Marcos responded, picking up another three runs and holding the Warriors scoreless the rest of the way to take the 6-0 victory in the first game of the season.

De Leon was the first to reach home plate for the hosts. He hit a single to right field at the top of the second inning and stole second base. Sophomore infielder Selvin Anderson slid into first on a ground ball with the next at-bat. Senior outfielder Eric Velasquez brought both runners home with a triple. Senior catcher Colt Ozman batted in the final run of the frame with a single up the middle, taking a 3-0 lead.

The Rattlers cooled off a bit afterward. They loaded the bases during the fourth inning but didn’t bring in any scores. Webb worried they would make the same mistakes they did last season.

“We’re notorious for scoring three or four runs and sitting on our defense,” Webb said. “We’ve got to keep striving, keep the gas pedal down and try to find a way to keep doing what we’re doing. Once you get complacent, you sit back on your heels and if you try to take it out of gear, you can’t ever get it back again. So they did well.”

De Leon and Anderson each earned another run in the fifth inning, along with senior infielder Nick Villalobos. The hosts’ defense did its job the rest of the game, completing the 6-0 win.

San Marcos (1-0) played its second game of the San Marcos tournament against Victoria East at 7:45 p.m. on Thursday, which ended after press time. Webb is excited to see how the team can improve.

“We had some old mistakes show back up again that we’ve got to fix, but we’ve got some new mistakes,” Webb said. “But overall, we were pretty fundamentally sound. That’s San Marcos baseball.”