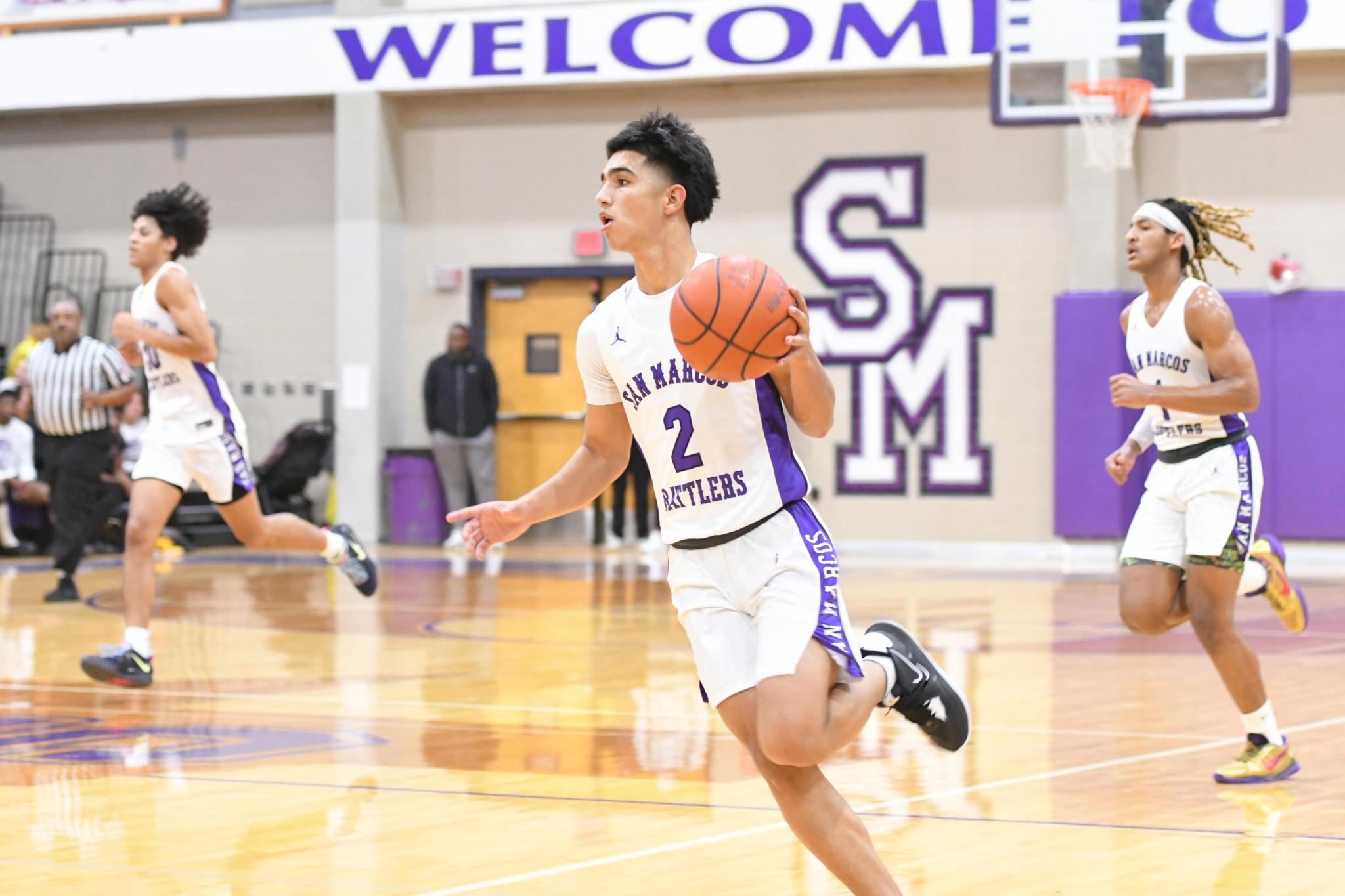 San Marcos snapped a two-game skid as the Rattlers defeated the Leander Rouse Raiders in a 78-71 win Tuesday afternoon. Above, sophomore guard Cash Good dribbles the ball up the court during the Rattlers’ game against Smithson Valley on Nov. 15. Below, senior forward Mateus Perkins goes up for a layup during San Marcos’ contest against Smithson Valley Daily Record photo by Gerald Castillo

San Marcos  snapped a two-game skid as the Rattlers defeated the Leander Rouse Raiders in a 78-71 win Tuesday afternoon.

After two tough losses against Katy Seven Lakes in the championship game of the South Texas Shootout and Round Rock Stony Point, this was a good win for head coach Dan Miller.

“Rouse is a really good team,” Miller said. “They had some close losses including a double overtime loss to St. Michaels. We knew this was going to be a good opponent coming in with talented players. It was going to take a complete team effort on defense and a better start.”

One of the key factors in the two-game losing streak was San Marcos’ inability to get going in the first quarter.

While the team was able to bounce back after the slow start, it wasn’t enough to comeback and beat the highly talented teams which Miller wanted to change.

“That was the key because against both Katy Seven Lakes and Stony Point, we had bad first quarters,” Miller said. “If you get rid of the first quarter in both games, we have a chance to win in the end but instead we were down by double digits. We had to find a way to come out of the locker room and get off to a good start which is what I’m most proud of.” 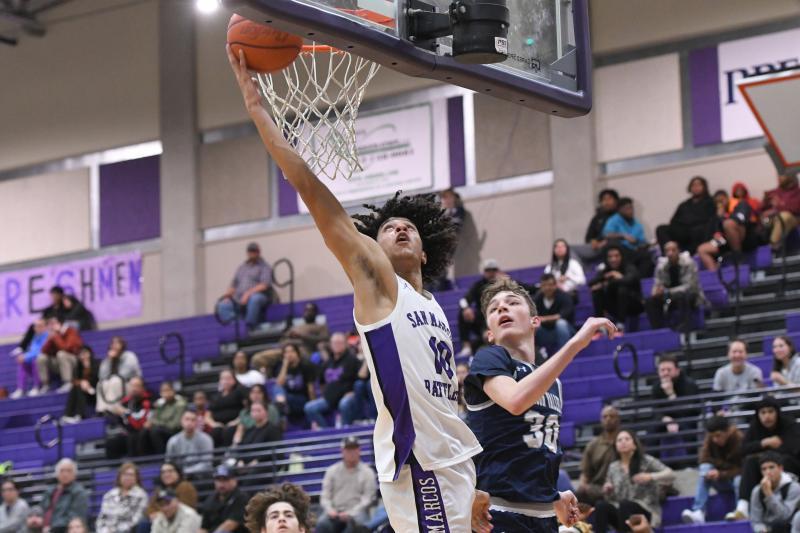 Against Rouse, the Rattlers immediately jumped out to a 6-2 lead before the Raiders came back to make it 14-13.

But three straight 3-pointers from the Rattlers pushed the lead out to make it 22-13 heading into the next period.

San Marcos controlled the majority of the game heading into the fourth quarter up 62-48.

However, Rouse made its comeback and soon had the Rattler fans on their toes as the Raiders trimmed the lead down to 73-68.

San Marcos was able to outscore the Raiders 5-3 in the final minutes to hold onto their 78-71 victory.