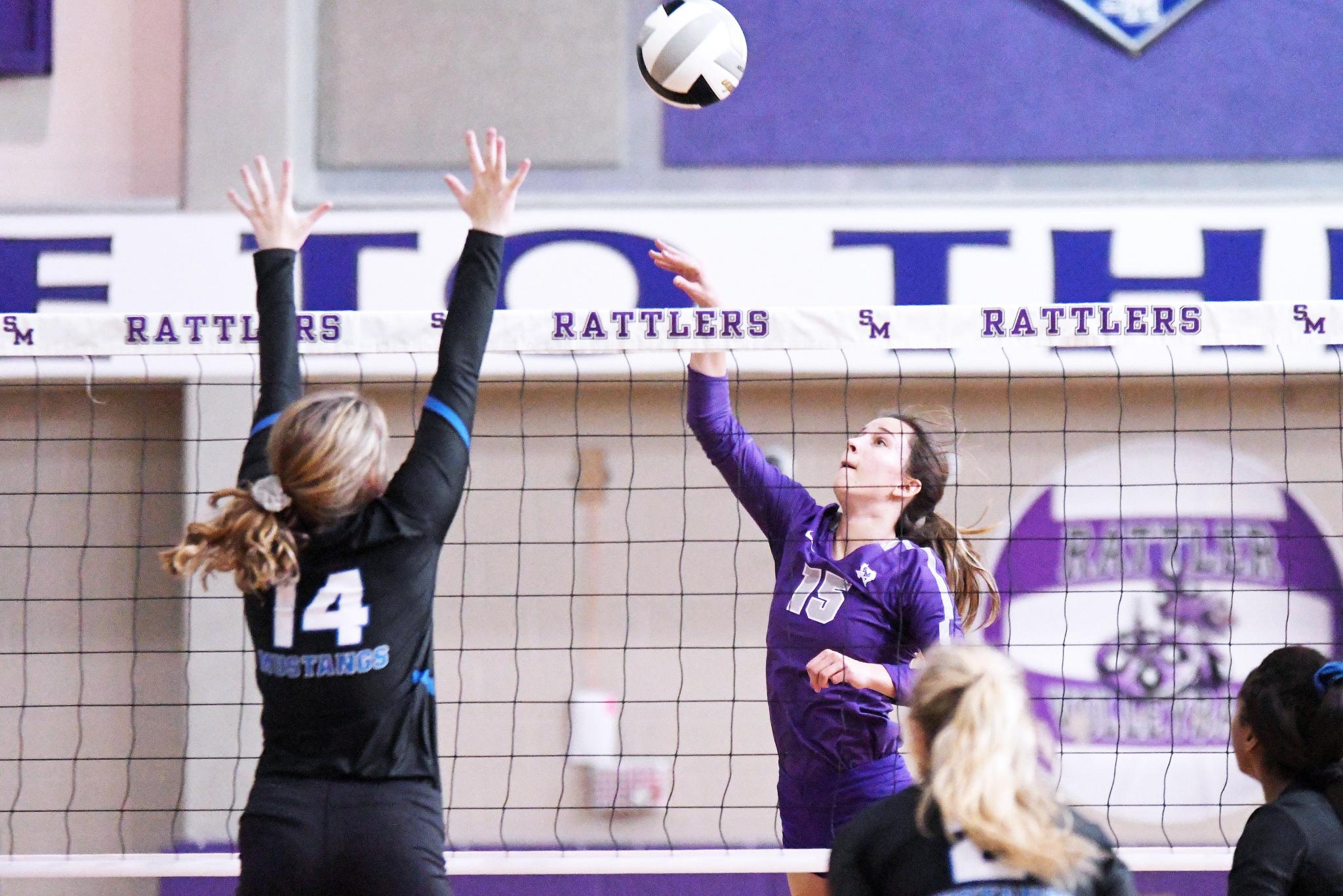 San Marcos struggles in day one of Ragin' Rattler Tounament

San Marcos ran into some tough competition the Ragin’ Rattler Tournament on Thursday, dropping all three of their pool play games against Katy Taylor, Del Valle and Canyon Lake.

After coming off of a clean sweep against Lockhart on Tuesday, the Lady Rattlers looked to keep momentum on their side during their own tournament inside the Snake Pit. But the other teams had plans of their own.

The day started off well for San Marcos, keeping things tight with the Lady Mustangs. But Katy Taylor clinched a 26-24 win in the first set, the Lady Rattlers losing due to a controversial call that stripped them of the game-tying point. The Snake Pit’s intensity picked up from the fans but the opposing team didn’t let it affect their psyche. The ladies in purple and white fell short in the second set, 25-16, surrendering the match, 2-0.

“I know they have heart, I know they're gonna find that passion, I know we’re going to bounce back,” head coach Michelle Moreno said. “So I think just knowing that they can learn from mistakes and fix them and do what it takes to do a better job and refocus and regroup is key.”

San Marcos looked to do just that in match two and three of the day. Game two started off similar to the first, with the Lady Rattlers and Lady Cardinals going back and forth until eventually, the hosts pulled away to win their first set of the tournament, 25-19. Junior outside hitter Layla Diaz got things started in the next frame with two kills that swung things back towards her team. Still, San Marcos couldn’t hold onto it, as Del Valle took the next two games, 25-22 and 25-14, to take the match, 2-1.

The purple and white crossed paths with the Lady Hawks to end the day. San Marcos started the first set on an 8-3 run that forced the visitors to call a quick timeout. Out of the run, the Lady Rattlers stayed in front until the very end when Canyon Lake went on its own 9-1 run to steal the frame, 25-21. The home team still showed fight in the final set, even as the visitors held game point. San Marcos went on a 4-1 run to end the set, but were halted at 25-19 to lose the frame and the match.

“I think it’s a lack of focus and in some cases, putting too much pressure on themselves to want to do it,” Moreno said. “We do have good streaks, we’re playing in spurts and we need to make those spurts last a little longer during the game.”

Junior setter Julia Antu paced the team with 29 assists through the first day of the tourney. Senior libero Julia Gutierrez chipped in 49 digs during the matches. Senior setter Jade Olivo picked up a double-double against Del Valle with 10 assists and 10 digs.