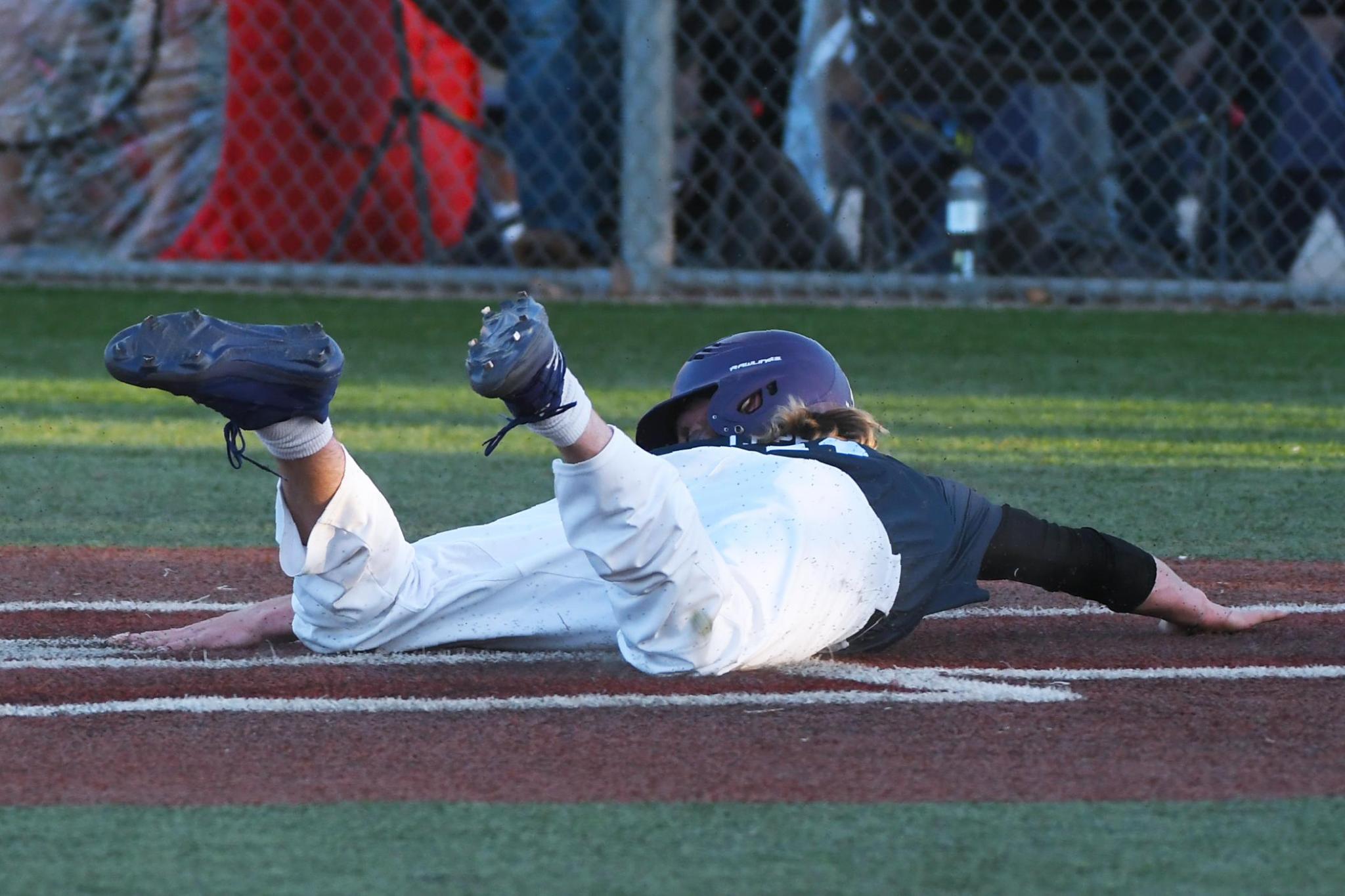 When San Marcos and Hays gather on a baseball diamond, it’s almost certain to be intense.

After game one of the series ended with sophomore right-handed pitcher Reagan Chomel striking out three straight batters with two runners in scoring position, the tone was once again set for what the Rattler call “The Rivalry.” San Marcos completed its season sweep over cross-county rival Buda Hays in its second consecutive 2-1 victory over the Hawks Friday evening.

“Every game’s important but, you know, Hays is going to be right there at the end,” head coach Bryan Webb said. “They’re going to be fighting for that spot, you know, they’re going through the tough part of the schedule right now and we were there last year. But (the kids) go in here and get two from them, and (that) puts us in a pretty good spot. We’re just worried about us and we’ve gotta go find a win anyway we can and find a way to clinch a spot and seed up from there.”

The purple and white jumped out to an early 1-0 lead in the bottom of the first inning, after Ryan Hix got on base and worked his way around the diamond allowing him to score on a passed ball. Gavin Gomez held the lead on the mound for San Marcos (10-10, 2-2 District 26-6A) until the fourth inning, where an error led to a run scoring to tie things up at 1-1 heading into the final three innings.

In the bottom of the fourth, the purple and white returned the favor. Chomel got on base with a single, and a fielding error allowed senior infielder Johnny Pardo to reach third base, Chomel to score and the purple and white to retake their one-run lead. Gomez responded in the fifth inning, preventing any runs from scoring and stranding a Hays (7-7, 0-4) base runner in scoring position to hold the lead.

The Rattlers would then turn to sophomore RHP Tito Santos to secure the victory and earn the save. Santos would do just that, stranding a Hawk base runner in scoring position in the sixth and closing things out cleanly in the seventh. Santos and Pardo both noticed a shift in the team’s mentality in comparison to last week’s Austin Westlake series.

“For me, it was the realization that we really need to start winning,” Santos said. “We don’t want to get off to a slow start like we did last year, and I really think that’s what kicked us in gear.”

“We went back to day one and just started (working on) our fundamentals and went to work. We need to come out strong and just put (the game) away,” Pardo added.

The Rattlers will traveled to Cibolo Steele on Saturday, the game ending after press time. The purple and white will shift their focus to their district series with Austin High next week, kicking off the series with the Maroons in San Marcos on Mar. 29 at 7 p.m.

“This is a tough district, and we’re going to Burger (Stadium) next week to play Austin high who’s 2-2 (in district play) as well,” Webb said. “So it sets up another big series. And like I said, we’re trying to knock them off one-by-one and just worry about the Rattlers. We’re going to play Steele tomorrow at noon, and we’ll go try to find the answers and if not, we’ll find them Monday and go into Austin High Tuesday night here and see if we can get another (win).”