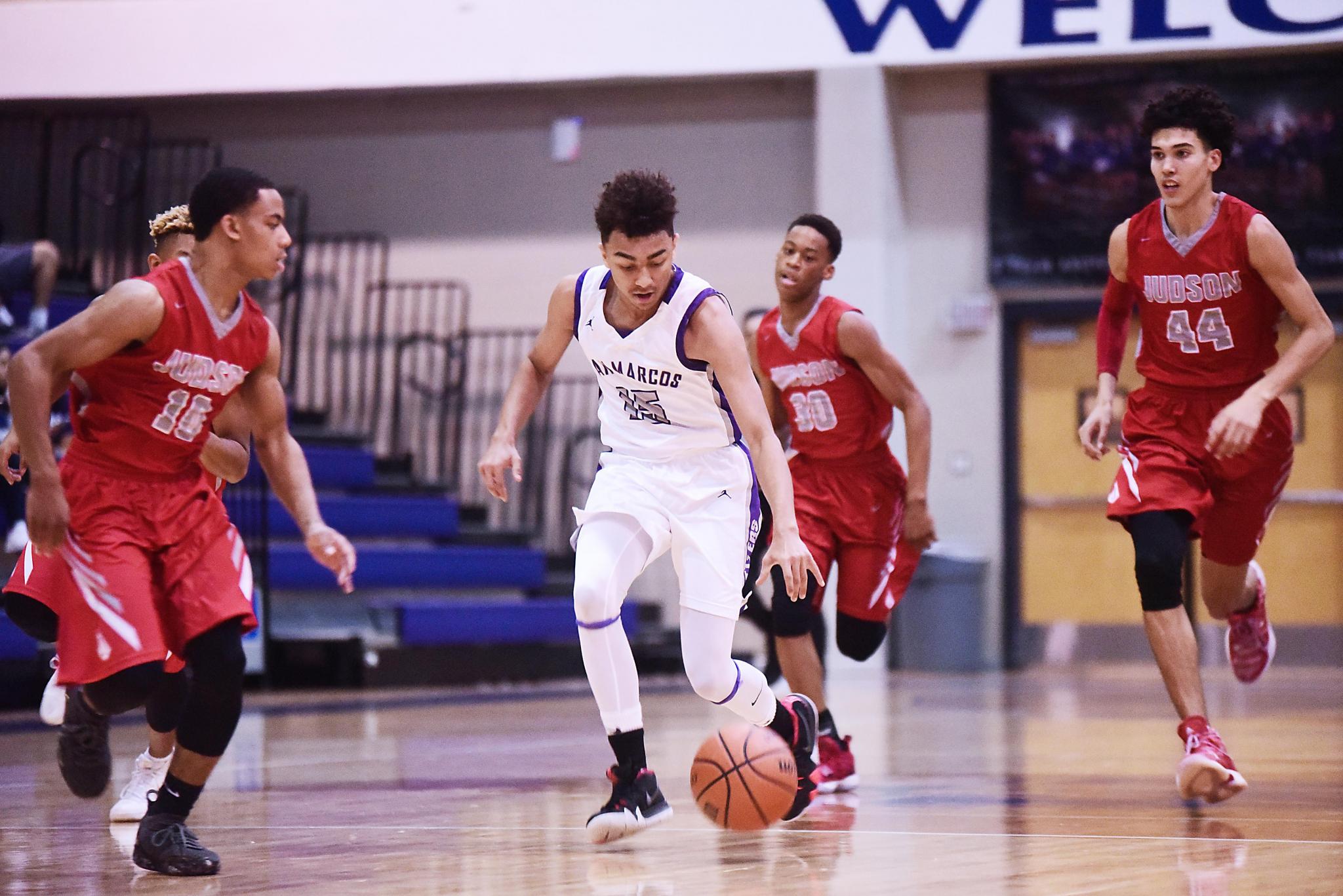 As San Marcos’ boys and girls basketball teams concluded their tournaments over the weekend and entered into the new year, it signaled an important point of the season. The only games remaining on either squad’s schedule are against district opponents.

The Lady Rattlers (18-9, 2-2 district) have fared admirably through the first quarter of their district schedule. The girls’ 2-2 record is good for fourth place. Though the team has struggled recently, falling 81-34 on the road at Converse Judson and winning just one game at the G.M. Blackman tournament in Bastrop, there’s reason to be optimistic.

San Marcos’ two district losses came at the hands of Judson and Smithson Valley, both of which are 4-0 and tied for the top seed. The Lady Rattlers should begin to see easier competition, but face a tough test at home Friday when they take on third-place Cibolo Steele (14-8, 3-1) at 7 p.m.

The Rattlers (7-15, 0-2) have stumbled out of the gate a bit, dropping its first two league games to first-place San Antonio East Central, 90-66, and fourth-place Judson, 91-55. But a solid 3-2 showing at the Hays Rebel Classic in Buda proved San Marcos still has the talent to win games.

For the boys to make the playoffs, they first need to show they can compete for all four quarters of a game. In its two losses, San Marcos held significant leads in the first half before letting it slip away in the second. The team will need to stay consistent for all 32 minutes as it travels to Steele on Friday at 7 p.m.