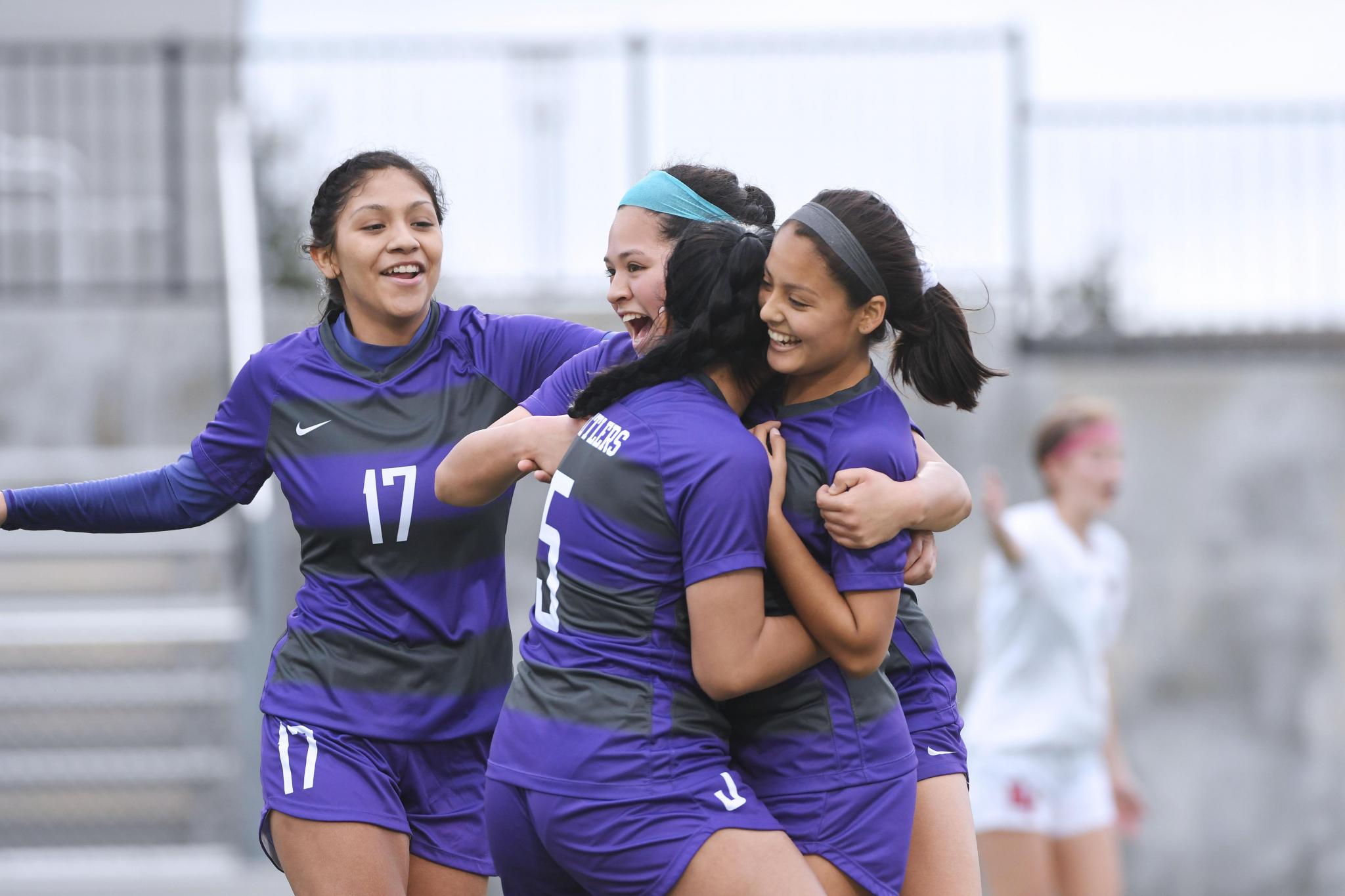 San Marcos (3-1-3) considers itself an “underdog” this season. The team tied with Georgetown East View, 2-2, and Laredo United South on Thursday in its opening matches of the Rattler Round-Up Tournament. But the Lady Rattlers came out with a chip on their shoulder Friday afternoon in order to secure a 1-0 win over Pasadena Rayburn (0-4).

“Everyone looks at us as underdogs and that’s what makes us push harder to be better than the others and show them that we are as good as we are,” forward Izabella Olivo said. “It feels good with the stress off of our shoulders because a tie is better than a loss but we really wanted those wins … I think it showed that we just push through all of our tiredness and our hard work paid off and we won this game today.”

The Lady Texans were loose on the defensive end, giving up two attempts at the goal in the first two minutes. San Marcos wasn’t able to capitalize on several shots early but it was only a matter of time before they would take advantage of the looks they were given.

Sophomore center back Bela Davila broke free from the defense, giving her an open one-on-one opportunity between her and the goalie. With 3:43 left in the opening half, Davila attempted a powerful kick that landed in the right corner of the net, awarding the team its lone score of the game.

“I didn’t want to hurt the goalie, so I was like ‘If I shoot it now, I won’t hurt her,’” Davila said. “I just said — because (head coach Jason) Carnley’s really big on picking a corner and she was right in the middle, at least it looked like it from my perspective — so I said ‘OK, I’ll go for this.’”

Defensively, the team did its job. Rayburn didn’t get a shot attempt off until the 13-minute mark of the first half and in the second the hosts held the visitors scoreless with only three shot attempts. San Marcos is 3-0 this season when they complete a shutout.

The Lady Rattlers closed out the tournament Saturday morning, clashing with Pflugerville Connally (4-1-1). The match ended after press time. The team feels that they have pieces of the puzzle, but the last step is putting them together to complete it.

“I wanna see us build from everything,” Carnley said. “The first game our talking was better, the second game our passing was better, third game a little bit less of both. Next game we gotta put it all together as one and hopefully, we’ll come out on top again.”