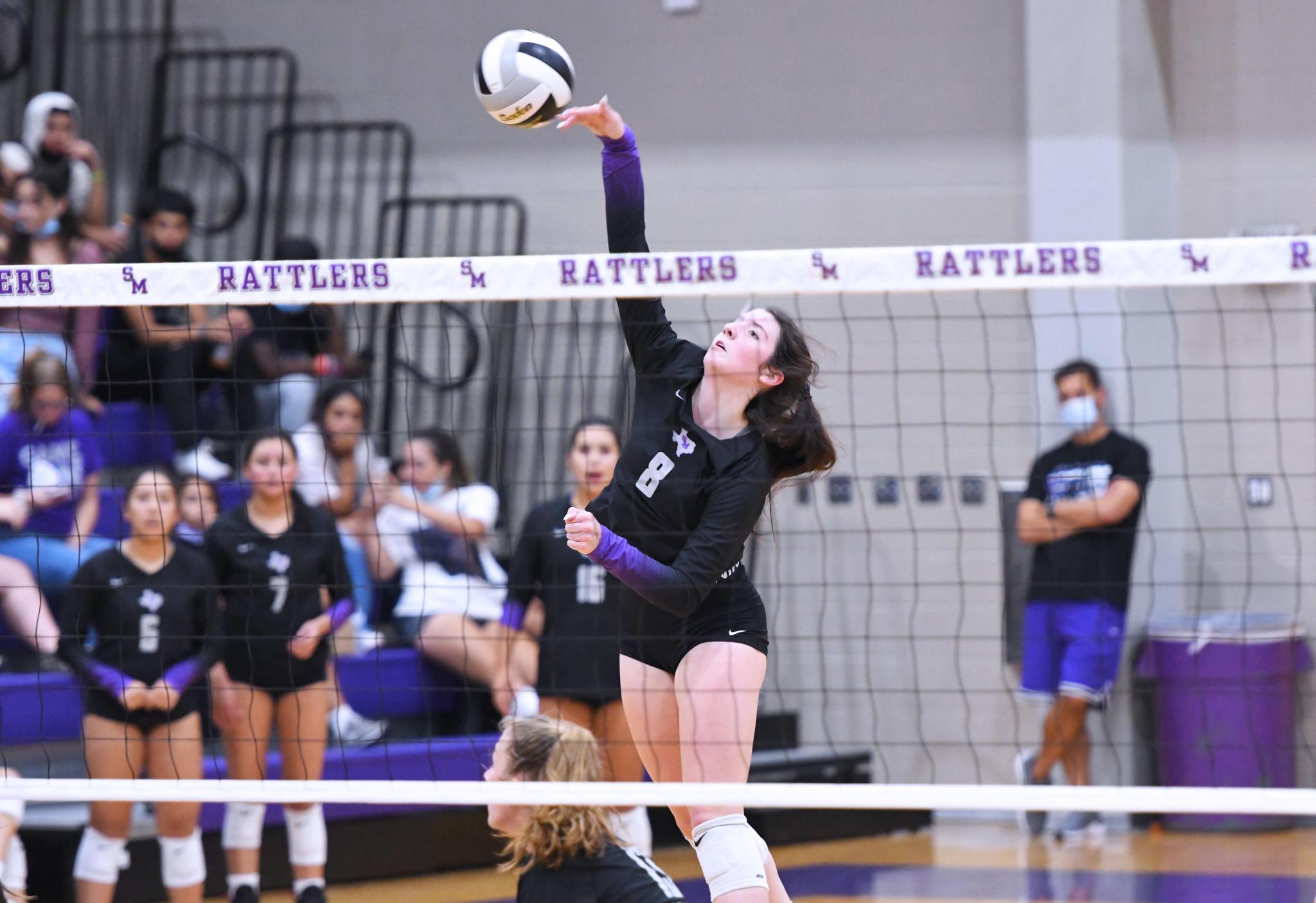 The San Marcos Volleyball team is set to begin its 2022 season next week, with its schedule including eight home matches, 11 away games and three tournaments.

Before the season, the Lady Rattlers will play in an exhibition at Round Rock Cedar Ridge on Aug. 5. The purple and white officially begin the year with a home match, hosting Lockhart on Aug. 8 at 12:30 p.m. They’ll play in their first road match on Aug. 9 at Pflugerville at 6:30 p.m.

The team will take part in the Corpus Christi ISD tournament from Aug. 11-13. San Marcos follows it up with a pair of road matches, taking on Austin High on Aug. 15 and Austin Anderson on Aug. 16, both beginning at 6:30 p.m.

The program will host a three-team tournament on Sept. 9., featuring the varsity squad, an alumni team and a team of staff members. It’ll close out non-district play with home matches against Austin St. Michael’s Academy on Sept. 13 at 6:30 p.m. and Johnson City on Sept. 20 at 6:30 p.m.

San Marcos makes its District 27-6A debut against Schertz Clemens at home on Sept. 23 at 6:30 p.m. The team will hold its Teacher Appreciation Night in a home match against Cibolo Steele on Sept. 27 at 6:30 p.m. It’ll then play a road match against Converse Judson on Sept. 30 before finishing the first district cycle with home matches against New Braunfels on Oct. 4 and a Pink Out Night against San Antonio East Central on Oct. 7, all games beginning at 6:30 p.m.