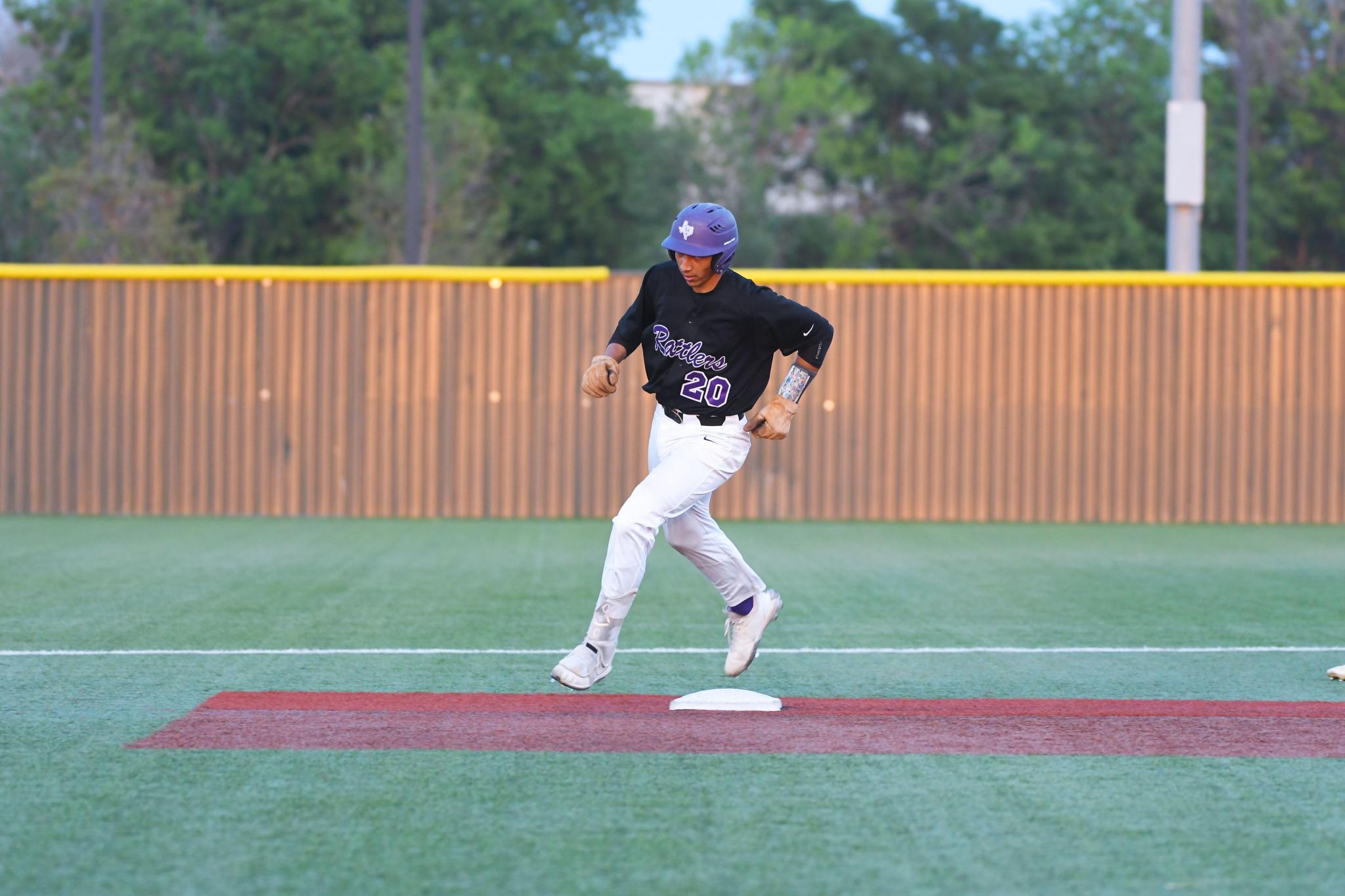 After an 0-5 start to district play, San Marcos is starting to find its way of success: on the mound and by making unorthodox defensive plays to back their pitchers.

Starting freshman pitcher Reagan Chomel tossed his first high school complete game in a 3-1 home win over Austin High (3-15, 1-7 district), but he didn't go too long without crediting them for backing him up.

“Thank you to my Rattler teammates for an outstanding defensive performance,” Chomel posted after the game Twitter.

The Rattlers defense continues to be their strength as they've kept themselves in close games with ranked opponents all over the state. The most San Marcos (17-7-2, 3-5) has lost by this year is four runs, both to Smithson Valley and Lake Travis — both ranked. They've contained the non-ranked teams, holding them to an average one run per game versus ranked opponents in district to 5.5 runs per game.

In the top of the second inning, outfielder Ryan Hix was busy catching pop ups while shortstop Johnny Pardo made a Derek Jeter-like scoop in his glove to get the final out. The stops allowed the Rattlers to get going offensively, starting with senior Moises “Base Hit” Alva, whose offense has been a spark for this team in the six spot of the lineup. His production in key spots earned him the nickname.

“I've been, like, trying to stay back on the ball and try to get base hits, keep my head down. The nickname, they told me like a couple games ago and I didn't even realize that they were saying it,” Alva said.

His hit moved pinch runner Gavin Gomez into scoring position. Hix followed that up with a line drive RBI single, bringing in Gomez on the next play. The scoring seeped into the third inning when senior catcher Selvin Anderson hit a solo shot over the purple left field walls, making it 2-0. Alva once again got on base with a single. His speed led to a steal, bringing another run, San Marcos’ final one of the game.

It was now up to their defense to hold up for four more innings. As Chomel picked it up, the defense followed his lead. The freshman struck out four Maroon batters during the stretch. The visitors brought a run home in the top of the sixth but it wasn't enough to overcome the three runs the purple and white scored earlier in the game. The 3-1 win over Austin High keeps San Marcos in the playoff hunt and moves them one step closer to their goals this season.

“We’ve set some goals. We want to hit 20 wins this year, we want to get a playoff berth and go a couple rounds. There’s a lot of goals we have, as a team, set. You know, we look to clinch. The district titles out of question pretty much, but the district title is just something that, if it happens what happens, you gotta find a playoff spot and you've got to blossom into at the right time. And we're starting to do that and it's gonna be a tough road down there,” head coach Bryan Webb said. “We know we've got six district ballgames left and we know what we gotta do and one more non-district game as well. We’re going to prepare to go play every inning. We’re going to play every opponent like it's our last and don't have the luxury of sitting back and not coming out and taking advantage of somebody who's not better than us or none of that. We just gotta go play.”

San Marcos will look to keep clicking at the perfect time against Del Valle (9-13, 1-7) next Tuesday at 7 p.m. on Rattler Field.