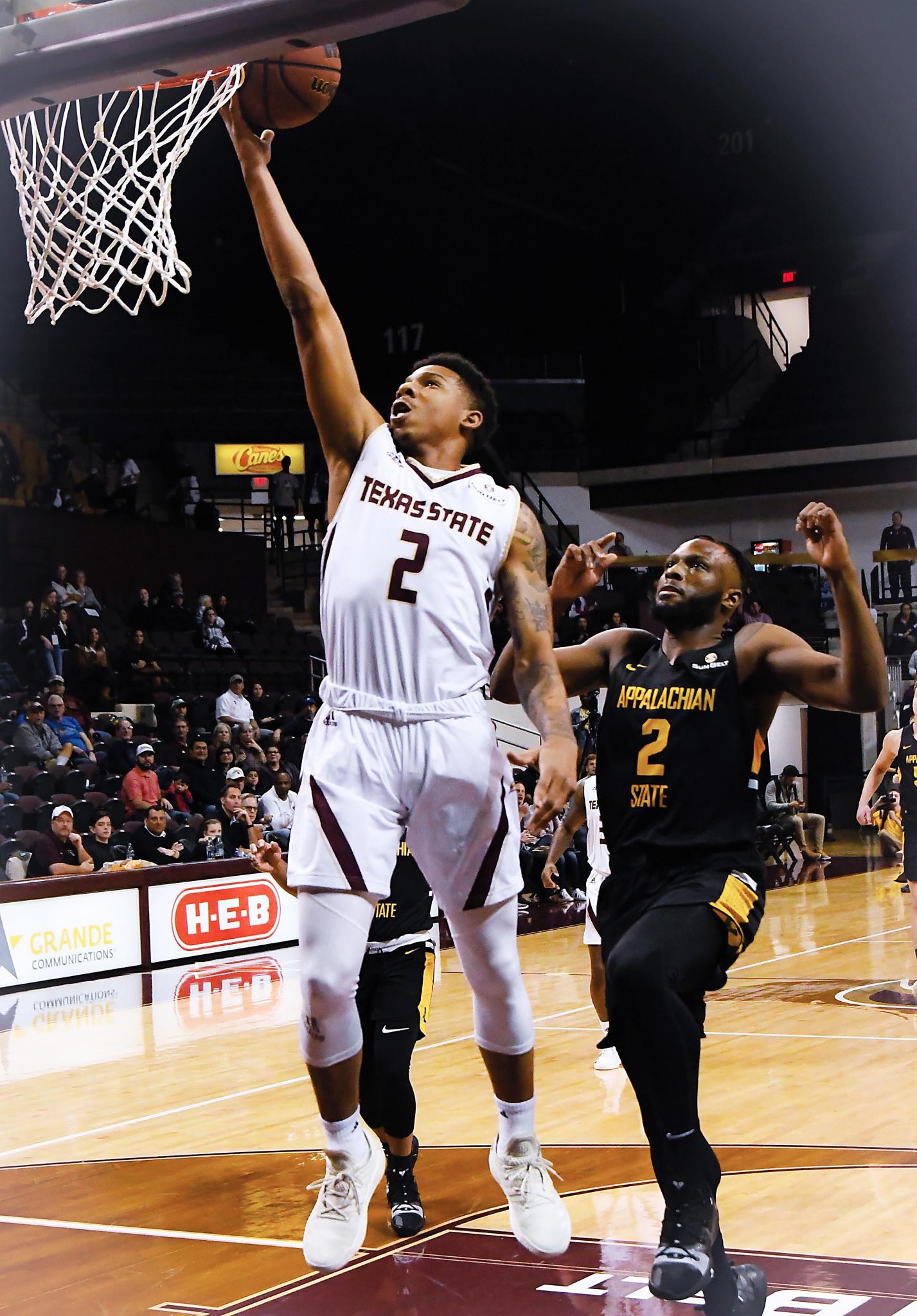 Tre Nottingham only realized last week that Saturday will be senior day.

The Bobcats will honor Nottingham and fellow senior Alex Peacock on Saturday before their game against Louisiana at 4 p.m. inside Strahan Arena.

The two seniors don’t need any extra motivation going into their game against the Ragin’ Cajuns. But the duo wants to put on a show in their last appearance in Strahan Arena.

“I looked around and I was like ‘Oh, it’s my last home game at Texas State,’ so I’ve got a little bittersweet feeling about it,” Nottingham said. “But, I understand time flies. Yesterday, I felt like I just got here and all of the work I’ve put in and stuff. I’m just going to give Bobcat fans one more look at me and go out with a bang.”

Texas State’s senior day comes in the midst of the Bobcats’ quest for their first conference championship in 20 years. Texas State will have three games remaining during the regular season after it holds senior day.

In a way, Saturday’s festivities will be a distraction. But the seniors understand there is business to take care of.

“In a way it’s going to be something that interrupts our thought process toward getting to the NCAA tournament,” head coach Danny Kaspar said. “But we’ve got three games after that so we’re just going to say ‘One day, we’re going to say thank you to Tre (Nottingham) and Alex (Peacock) for everything they’ve done.’ But then we’ve got three games after that and they know that. The players know that.

“Hopefully, we’re in a tournament — the NCAA, or at the least the NIT, but certainly the NCAA is our goal — where people are going to have come watch us play on the road because we welcome playing at home postseason, it’s better than nothing, but the real goal is to be sent to some regional by the NCAA tournament.”

Peacock averages 8.5 points and 6.4 rebounds per game this season. He also brings a wealth of basketball knowledge to the Bobcats that have helped his fellow teammates this season.

“It’s not just being here, I’ve been to a state championship in high school, being on good teams in junior college, and coming here, I have a lot of basketball experience, a lot of wisdom,” Peacock said in an interview in January. “Coach has always said, if you want to coach, that’s a lane that you can be in. Being able to tell guys where to go, guide some of the younger guys and even some of the older guys and tell them what to do in situations is one of my biggest jobs here.”

Nottingham scores an average of 13.7 points per game for the Bobcats. He’s enjoyed playing with his teammates this year.

“Playing with these guys, they give me a lot of shots,” Nottingham said in an interview earlier this season. “Jaylen (Shead), his IQ, he finds me a lot. Nijal (Pearson) finds me a lot and we’re just having fun out there sharing the ball.”

“(The seniors have been) big, especially with both of them coming from JUCO,” junior guard Jaylen Shead said. “People don’t realize, it’s hard making that transition. It’s the same thing from high school to D1, JUCO to D1, it’s a whole nother pace to the game. I feel like from last year to this year, I saw improvement just by being on the sidelines and playing with them. I saw them really, really grow and we all figured out each other’s game. I feel like we all compliment really well so they’re really going to be missed.”