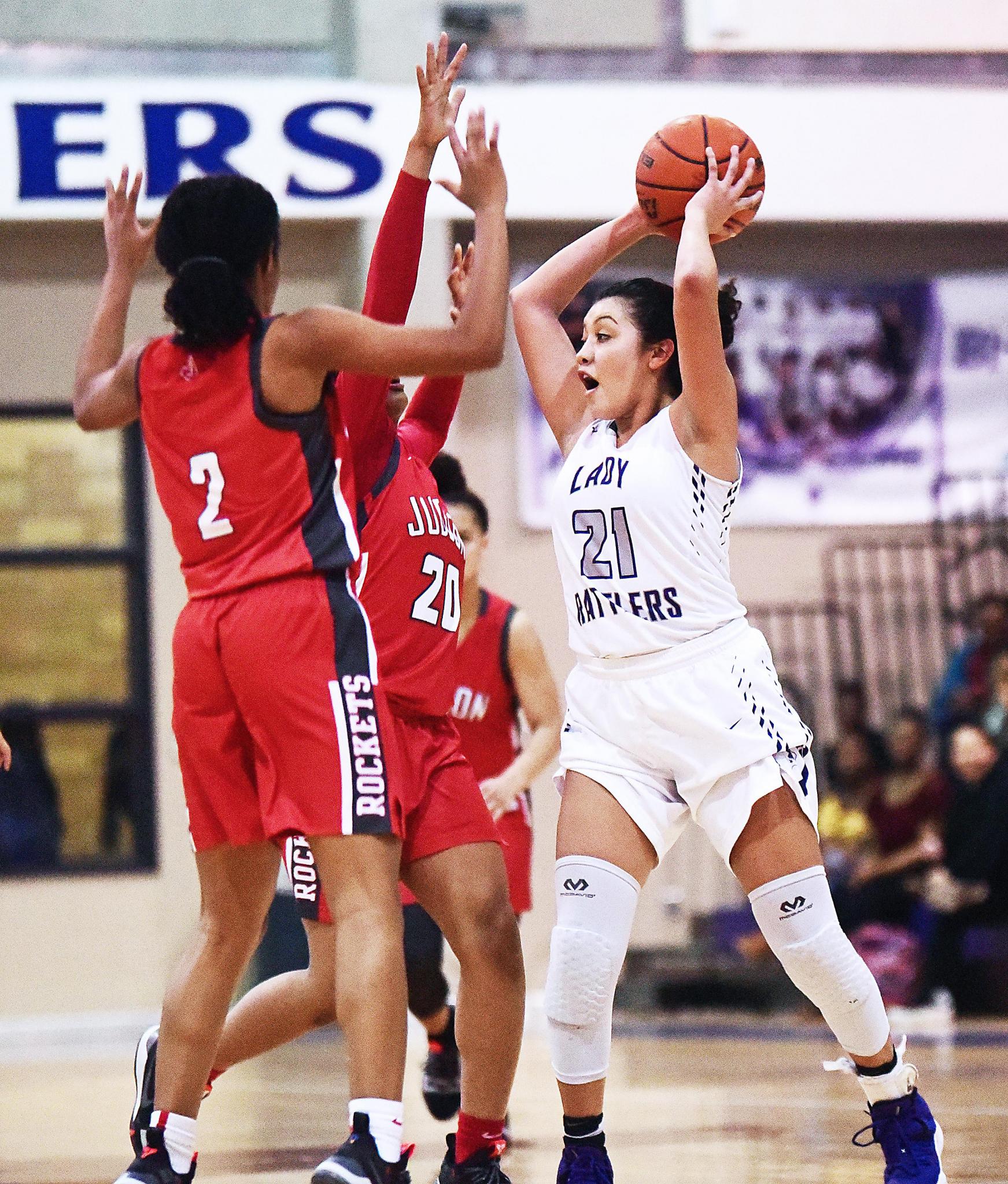 The Daily Record interviewed the players and their head coach, Veronda Kendall, about the seniors' experiences with the team.

This interview has been edited and condensed for length.

Daily Record (DR): You guys had a lot of success this season. What do you think was different about this year?

JoAnna Galvan, guard (JG): “We all had positive energy coming in, just wanting to win every single game.”

Andrea Flores, forward (AF): “There was a lot more positive energy. It was just a tight-knit team this year. Our freshman have made a big impact on our team this year. Just their energy and just everything they do has really impacted the team.”

Abby Pena, guard (AP): “I feel like there was a lot more connection between us. I feel like we kind of broke any disagreements between us that we had. Because, obviously, every team has their disagreements and arguments and stuff like that. I feel like this year, we really broke out of our shell and we had a lot of new freshmen come in and they’ve been a great part of the team. And they just helped us feel connected with everybody.”

DR: What was your favorite moment of your basketball career?

AF: “Overall, I just really enjoyed spending time with the team and just the experiences we had. Memories were made.

JG: “I’d say team bonding. Just every moment together is always the best. Especially because it was our last year. We were taking every single moment and just making memories last forever.”

AP: “I’d personally probably say the bus rides over to the games, because we kind of get a little wild and we got all excited before games.”

DR: What are you going to miss the most about this team?

AP: “Honestly, for me, just playing basketball. I just love basketball so much. Not being able to play next year is pretty sad to me.”

JG: “The relationships that we’ve built together.”

DR: How good is the team going to be next year?

AF: “After this season, I really think they’ll prosper in their own ways. They’ve learned a lot, especially the freshmen, and just the experiences they’ve had will help them. And I think they will do great things.”

AP: “I think they’re going to be pretty good. Hopefully the next group of upcoming freshmen will probably bring more competition to the game.”

JG: “They’re ready. They’ve proved themselves this year. They’re going to have a bright future.”

DR: What’s next for you?

AP: “I’m planning to go to college. I’m still undecided on where I want to go, but I hope to be able to play for a basketball team, too. (I’d want to major in) kinesiology and either be a physical therapist or a basketball scout. I’d really like that.”

DR: What have these three seniors meant to the team?

“Abby moving here (from homeschool in 2016) was a huge plus. Jo’ has been here a while and just seeing her mature into the young lady she’s become is very rewarding. Same with Andrea. We laugh all the time. We’re always cracking up — sometimes when we should be focused. So, the entire experience with them has been very rewarding.

"(I'll miss) being able to call on them and rely on them without any question.”