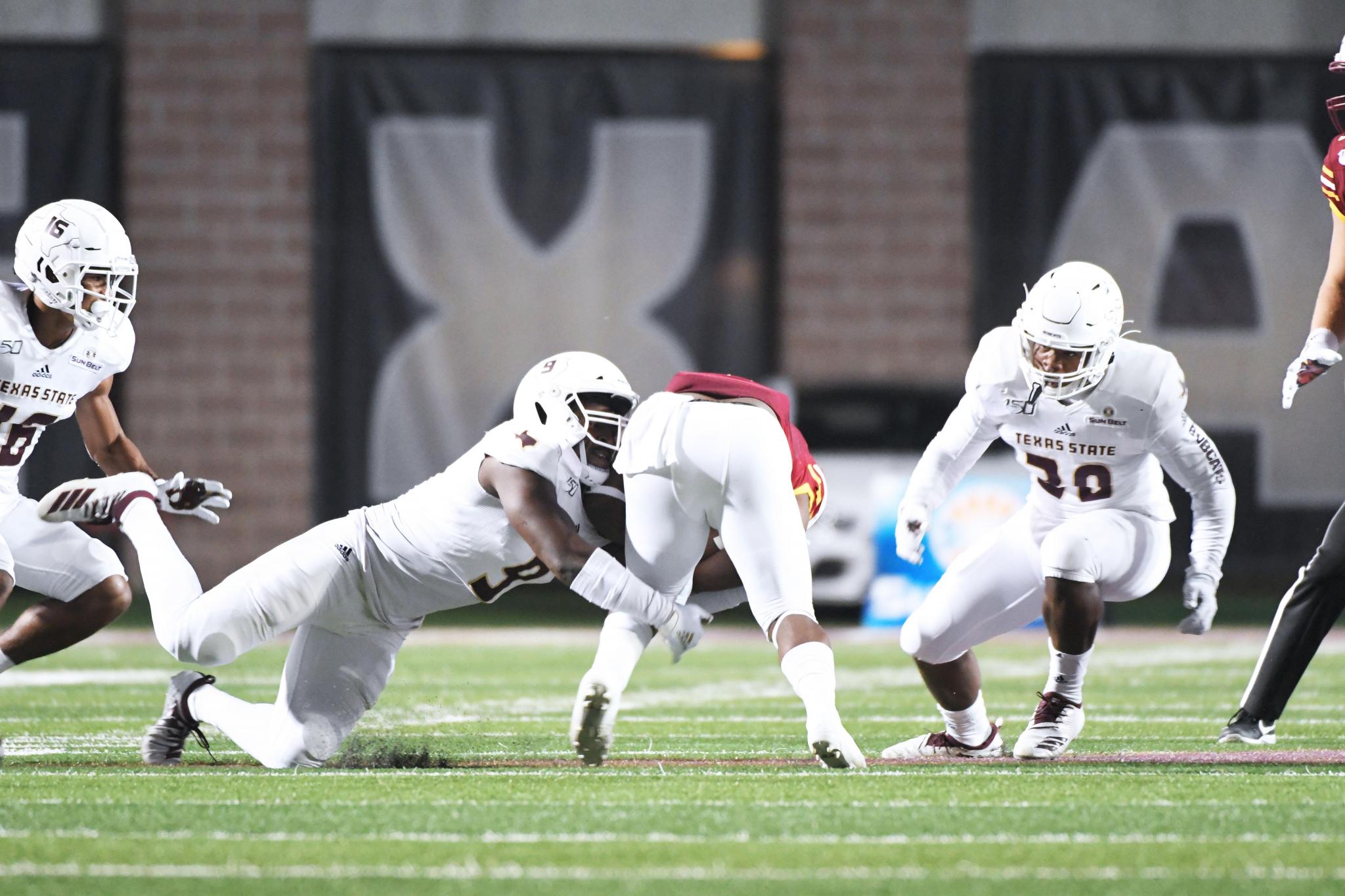 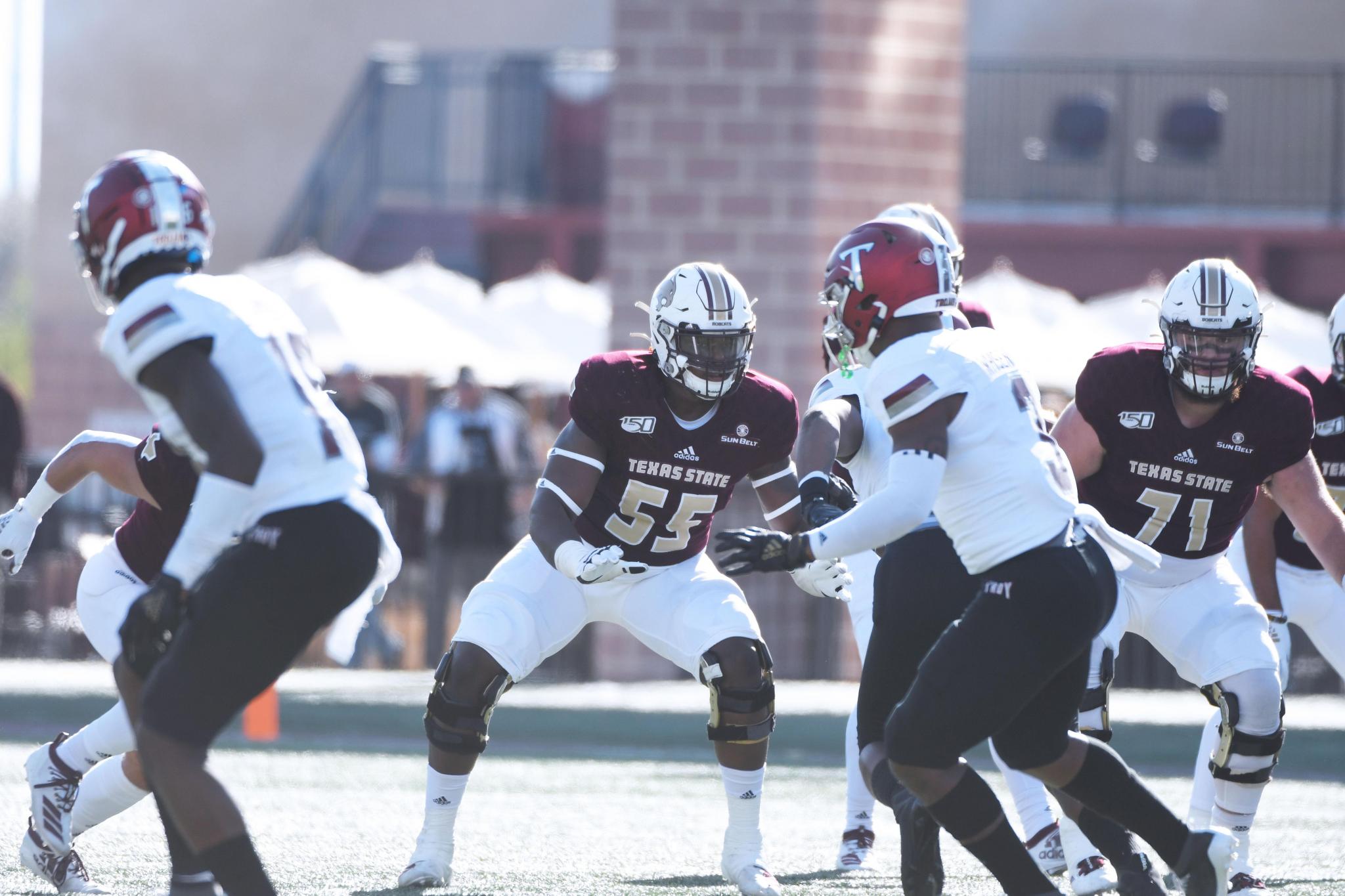 London made his consecutive appearance on the all-conference’s First Team Defense after racking up 118 total tackles, one sack and one interception. The Converse native made the All-Sun Belt list all four of his seasons with the Bobcats, earning Honorable Mentions as a freshman and sophomore. London finished his career with 459 stops, breaking the all-time program record.

Brewer was named to the Second Team Offense, allowing three sacks and 14 hurries in 780 passing plays this year. Like London, Brewer received postseason recognition from the league every year of his career, picking up an Honorable Mention as a junior and being named to the all-conference Third Team his freshman and sophomore seasons. His last game with Texas State marked his 47th consecutive start with the team.

Daniels repeated as a member of the Third Team Defense. The senior for League City finished fifth in the league this season averaging 8.2 tackles per game. He also added 4.5 sacks and 11.0 tackles for a loss.

Morris tallied 63 total tackles this season and tied with senior safety JaShon Waddy with a team-high two interceptions. White was the maroon and gold’s top target, catching 67 receptions for 618 yards and two touchdowns. Patton brought down 61 ball-carriers, 2.0 of them for a loss. Winters started in nine games in his first season, breaking up four passes and recording 52 tackles.

The All-Sun Belt selections were voted on by the conference’s head coaches. Texas State finished the 2019 season at 3-9 overall and 2-6 in league play.