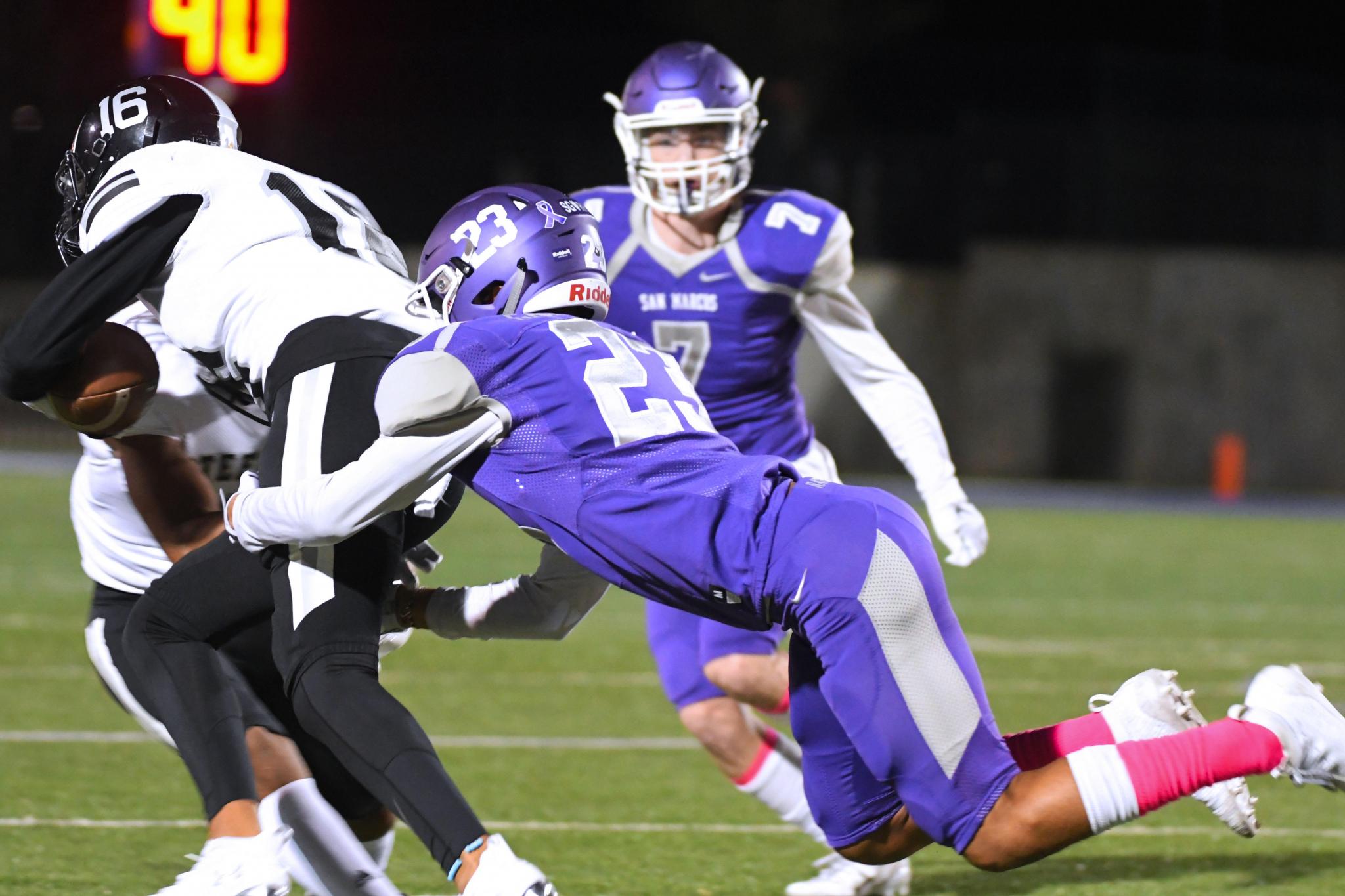 SMHS Countdown to Kickoff: Rattlers face off with Steele

In its second game of district play, San Marcos hosts the reigning champion of District 27-6A in Cibolo Steele.

The Knights are coming off a year in which they went 11-1 overall, going two rounds deep in the playoffs, and 7-0 in district play, claiming their second consecutive title. Head coach David Saenz is set up for another strong year, returning 46 lettermen, including 13 starters — eight on offense and five on defense.

The offense, which averaged 350 yards and 29.7 points per game in 2021, should pick up right where it left off with nearly the entire starting lineup back. Senior quarterback Connor Vincent completed 114-175 passes for 1,516 yards and 14 touchdowns with two interceptions. He’ll retain his top target in Edmarrion Contreras, who posted 51 receptions for 756 yards and five scores. Senior running back Jaydon Bailey, who committed to Utah State on July 29, will look to improve on his 1,000 yards and nine touchdowns from last season.

The defense should also see get some of its top playmakers back. Senior linebacker Makai Williams, who committed to Tulane on Aug. 1, led the team with 148 tackles last season, including seven for loss. Senior Dante Payton and junior Abon Mata will anchor the defensive line, Payton registering ​​43 tackles, 13 TFLs and four sacks and Mata chipping in a team-leading six sacks.

Dave Campbell’s Texas Football magazine predicts Steele to three-peat as the District 27-6A champs and also named Williams the district’s Preseason Defensive MVP. The purple and white will host the Knights inside San Marcos Toyota Rattler Stadium on Oct. 14 at 7:30 p.m.