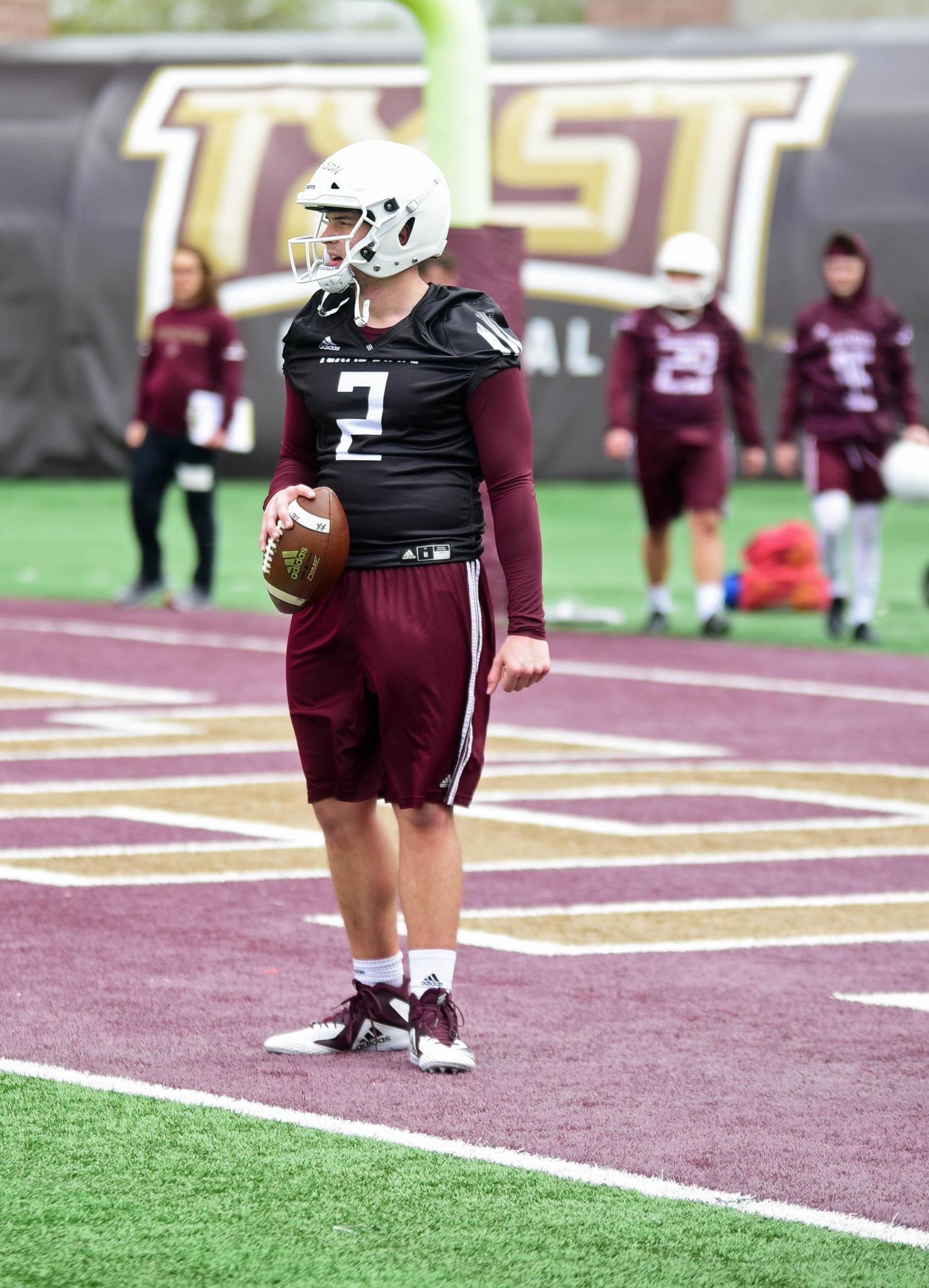 Texas State head coach Jake Spavital believes the Bobcats are right where they need to be as they head into a week off from spring practice for spring break.

Texas State held six practices beginning on March 3 and wrapped up their first half of spring ball on Wednesday.

“I like where we’re at right now because I thought that at the beginning the offense was struggling a little bit. Now it’s getting to the point where they’re popping some plays out and getting competitive because ultimately we want both sides. We don’t want it to be lopsided. We want it to be competitive.”

The atmosphere is noticeably different around practices under Spavital and his staff. Music is constantly playing throughout Bobcat Stadium. The players say there’s more energy at practices this spring.

“It’s really fun with the new staff,” junior defensive tackle Caeveon Patton said. “They’re a lot of young guys. They’re really open minded and so I really like that. They’re ready to try new things and I’m ready to try new things because I really want to win. I don’t like losing. I didn’t come from a losing culture, so I’m trying to do new things with my guys … It’s fun out there every day in practice. It’s just fun here.”

Added fifth-year senior defensive end Ishmael Davis: “If you come out there and watch us, it’s crazy out there. There’s a lot of competition.”

Spavital said there weren’t many surprises during the first half of spring practices. He expected it to take some time for his players and staff to get acquainted with each other. Now, he feels practices are getting better.

“Now, they’re the comfortability of where they’re at — the routine of things — the urgency has picked up a lot,” Spavital said. “They’re moving in and out of drills. So, naturally they’re getting a good feel of what is expected of us and more comfortable with how to do it. I’m pleased with where they are. Given the circumstances with all the transition and turnover, I think they’re handling it the right way.”

Texas State restarts spring practice on Monday, March 25 and wraps up on Saturday, April 13 with the annual Maroon & Gold Spring Game. Spavital said the Bobcats need to keep growing in the second half of practices.

“(The players need to) keep understanding the schemes we want and what we’re trying to accomplish with the schemes,” Spavital said. “But the situational football is going to put them in more stressful situations, so they’ve got to be able to handle the adversity.”