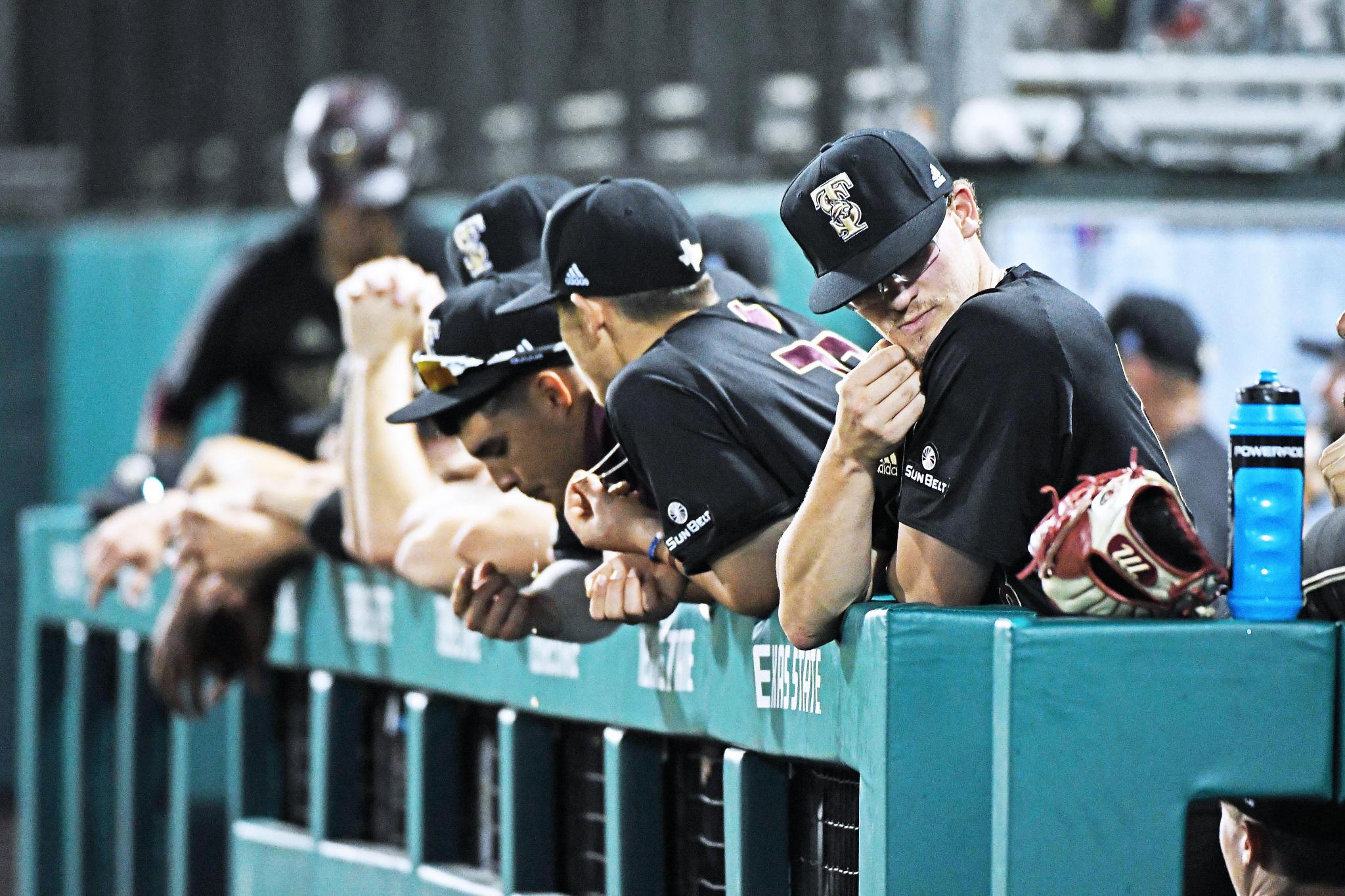 Texas State lost its Sun Belt opener to South Alabama, 10-7, on Friday inside Stanky Field in Mobile, Ala.

The Bobcats committed a season-high three errors against the Jaguars. Texas State squandered a 6-2 lead after it committed two errors in the fifth inning, which resulted in four runs.

Texas State (11-7, 0-1 Sun Belt) ripped off five runs in the top of the first in Friday’s game against South Alabama (9-6, 1-0). Junior second baseman Jaxon Williams led off the frame with a walk. Williams moved over to second on a wild pitch and a walk by redshirt junior Will Hollis put two runners on. A balk advanced both runners. A sac-fly from redshirt senior center fielder Skyler Valentine brought home the first run.

South Alabama scored a run in the bottom frame with a solo home run by senior first baseman Davis Wells.

Texas State pushed its lead to 6-1 after Shuffield brought home a run with a sac-fly.

South Alabama junior third baseman Kaleb DeLaTorre ripped a solo homer in the fourth inning to cut the deficit to 6-2. The Jaguars evened the score with four runs in the fifth inning.

The Bobcats regained the lead in the sixth inning when Valentine hit a single and throwing error allowed Williams to cross the plate.

But South Alabama brought home four more runs in the bottom frame to grab a 10-7 lead. Texas State couldn’t rally in its last three at bats and lost its Sun Belt opener.

Redshirt senior right-hand pitcher Nick DeSantis earned the win on the mound for the Jaguars after he hurled 1.2 scoreless innings in relief. Senior lefty pitcher Brandon Lewis took the loss after allowing three runs on two hits in 0.2 innings pitched.

Texas State continues its three-game series against South Alabama on Saturday at 6:30 p.m.