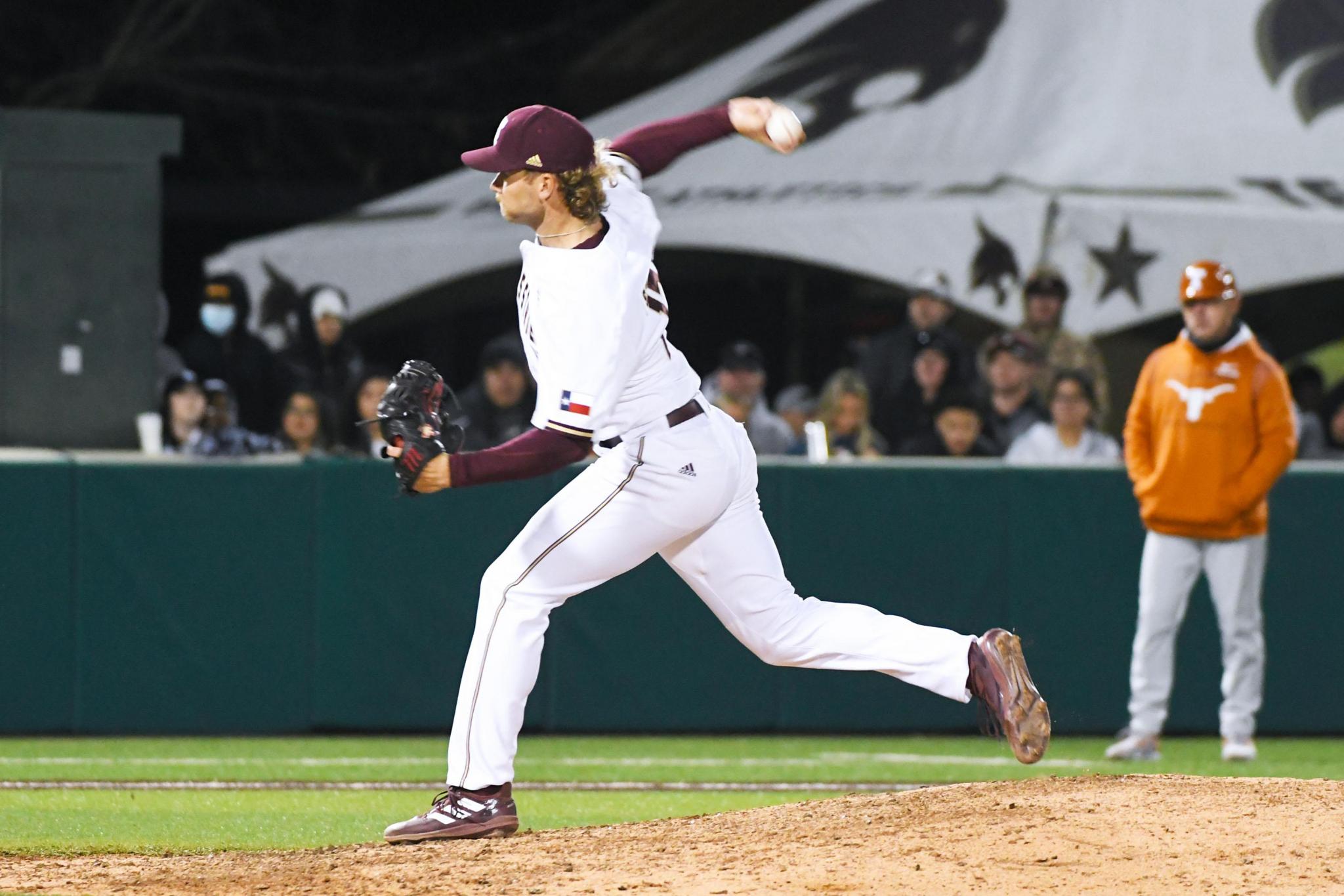 Stivors was voted the 2022 National Collegiate Baseball Writers Association (NCBWA) Stopper of the Year, awarded to the nation’s top relief pitcher, and was selected to the NCBWA and ACBA/Rawlings All-America First Team.

The Castroville native was one of 10 finalists for the Stopper of the Year award. Stivors spent the first two seasons of his collegiate career at New Mexico Junior College before transferring to Texas State in 2020. In his first two years with the Bobcats, he made 27 appearances out of the bullpen, collecting nine saves.

This season, the closer led the nation with 18 saves across 32 appearances, 10 of which went for more than one inning. He posted a 7-1 record with a career-high 2.21 ERA and was tied for second on the team with 86 strikeouts.

Stivors’ performance this year helped the maroon and gold reach an NCAA regional for the first time since 2011. His lone start of the season came in the Palo Alto Regional final against No. 2 overall seed Stanford, where he allowed eight hits, one walk and just one run through seven innings while fanning nine batters.

In addition to his awards from Friday, Stivors has also been named to the Collegiate Baseball All-America First Team and the All-Sun Belt First Team.