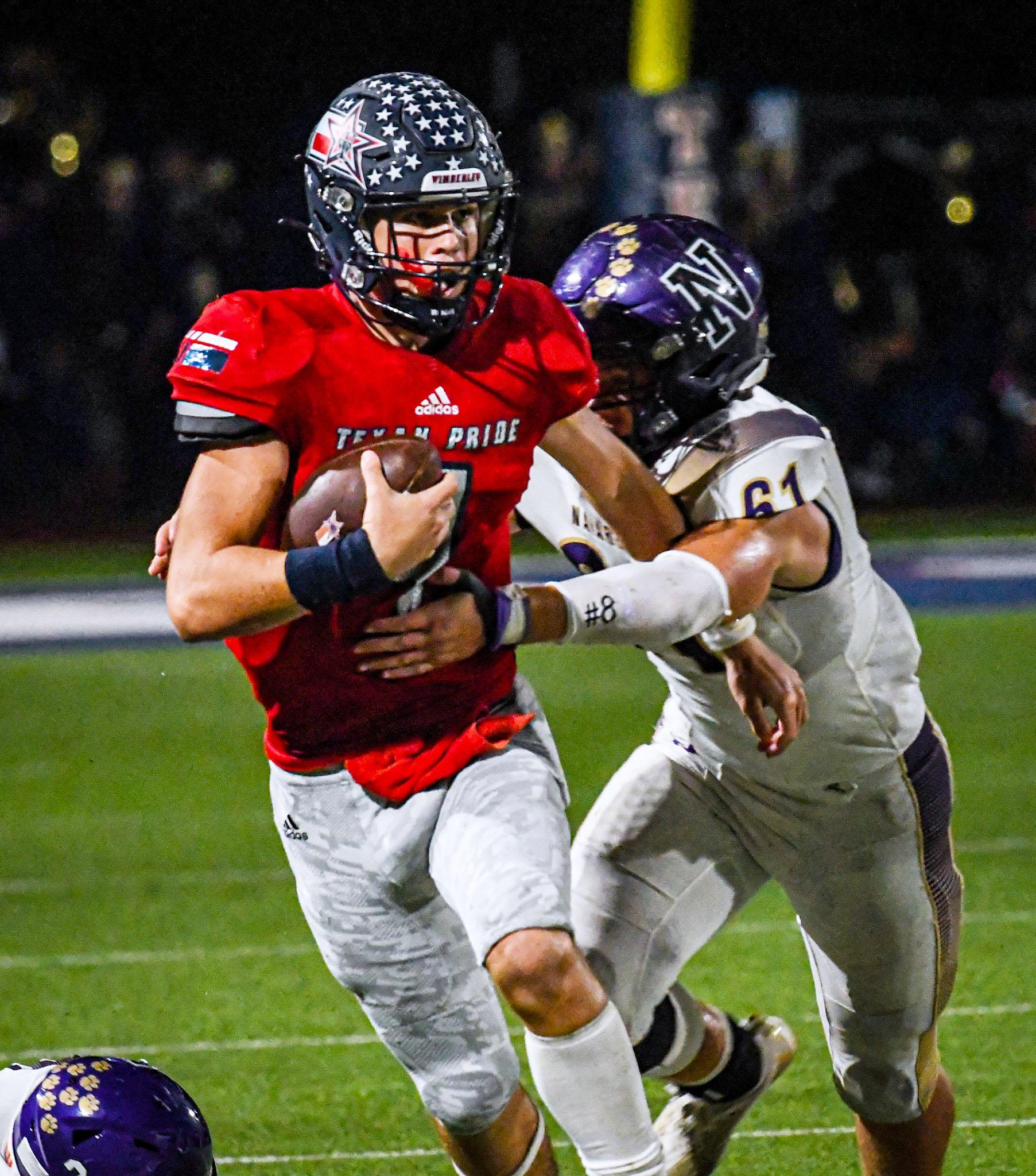 Texans shut out Panthers for first district championship since 2017

For the past two years, the Navarro Panthers have had the Wimberley Texans number in the regular season on their way towards two district championships during the 2019 and 2020 seasons.

While Wimberley eventually knocked off Navarro in the rematches for Region IV during those same years, the Texans have been searching for their first district title since 2017.

Now the wait is finally over.

Behind a dominant performance by the Wimberley “Code Red” defense, the Texans captured their first district championship in nearly four years by beating the Panthers 27-0.

While the Texans have enjoyed deep playoff runs and successes, the elusive district title was one of the goals Wimberley wanted to capture this season according to Head Football Coach Doug Warren.

“Even though we’ve been able to get them on the backend, you still want to be the best in the district. It’s a goal this team set forth and they went after it and achieved it. Just proud of them on both sides of the ball for getting the job done.”

The Texans were led by their strong defense known as the infamous “Code Red.”

Navarro, who averaged 39.3 points per game were unable to generate any points as they squared with the formidable Code Red defense.

Not only did the Code Red defense pitch the first shutout of the season and first shutout in the Navarro-Wimberley series, but the Panthers had failed to score any points on the board for the first time since 2007.

“They just continue to get better,” Warren said. “That a really good football team over there and for us to pitch a shutout against that offense says something about our kids and how we prepare…we keep telling them “Defense Wins Championships” and they sure did tonight.”

Offensively the Texans were helped out by their kicker Jack Bruner whose field goals from 49, a career long, and 40 yards out helped put the Panthers in a hole down 13-0 at halftime.

“When you have a great kicker, it’s a huge asset,” Warren said. “I feel like from 50 yards in he can make it and make it with consistency. We didn’t waver when we had an opportunity to kick that first field goal and he nailed it. When you put pressure on a defense like that when you can score from that far out. It’s a huge boost to our team.”

The Texans then rolled in the second half following their first possession when quarterback Cash McCollum hit Nathan Simpson on a 68 yard touchdown pass to go up 20-0.

On the next possession, McCollum hit Dylan Kincaid for the 27 yard touchdown pass to go up 27-0 in the third quarter.

The Texans are currently in search of their next game for the following week as Austin Eastside Memorial dropped out of the district to play a JV schedule.