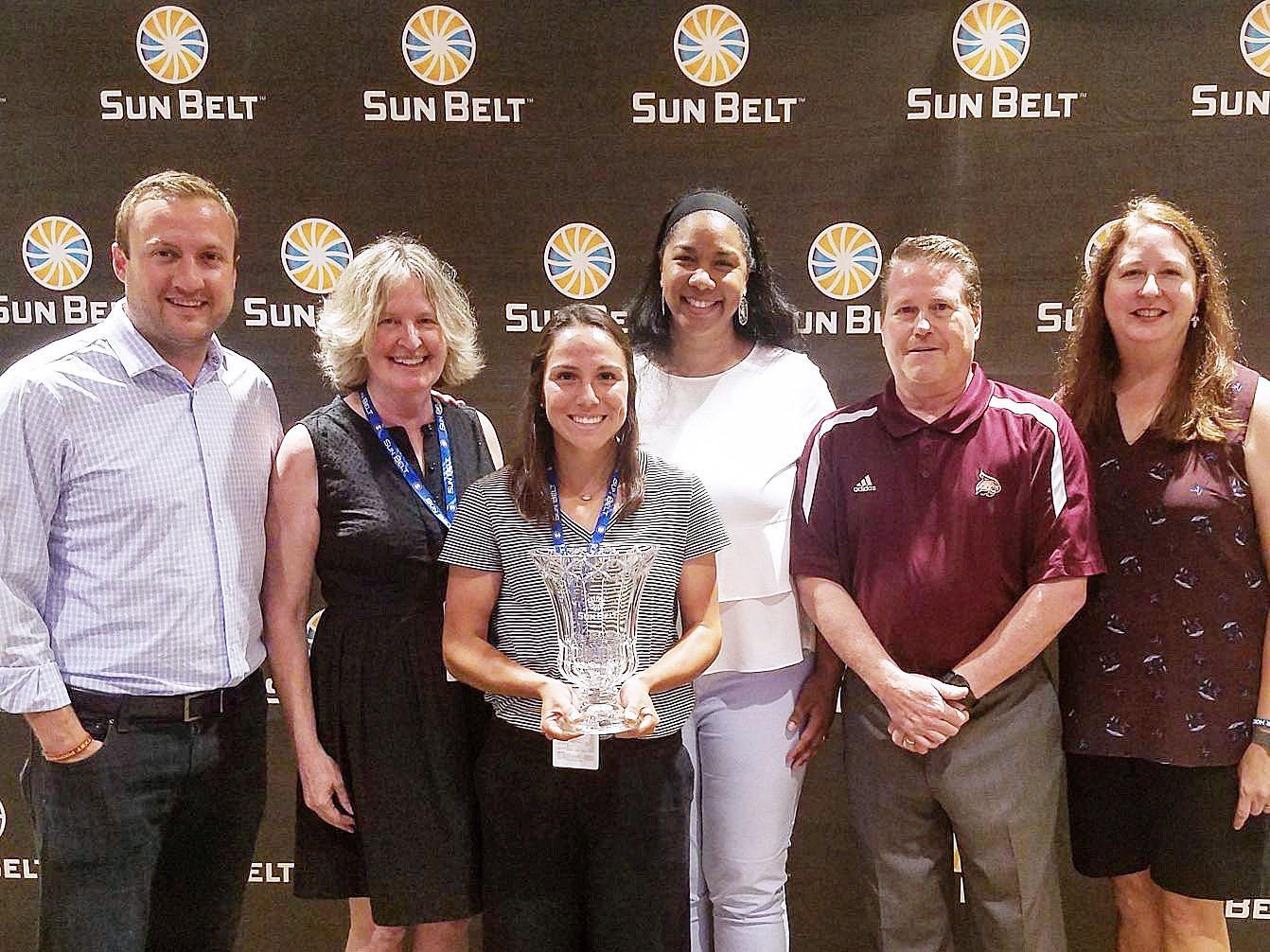 On Tuesday, the Sun Belt Conference named Texas State as the winner of the Vic Bubas Cup.

The Bubas Cup, named after the league’s first commissioner, is awarded to the top athletic department in the conference based on a points system. Schools receive points based on their regular season finish. Teams will also be awarded an extra point if the sport has a postseason championship. If the sport does not have a regular season schedule, the points will be distributed solely on the Sun Belt Championship.

The Bobcats picked up five titles during the 2018-19 athletic season. The volleyball team claimed both the regular season and tournament championships. The women’s soccer team also rose to the top of the standings. Texas State’s track and field teams took two gold medals this year at the women’s indoor and men’s outdoor championship meets.

The five titled helped the maroon and gold rack up 120.5 points, 14 more than second-place Appalachian State and South Alabama. The school also has a chance to widen the lead this weekend, as the baseball team needs one win to clinch a share of the regular season championship. This is Texas State's first time winning the award.

"If you look at the standings we finished in the top portion of the league in most of our sports. We struggled again in football and that is going to change. Some of our sports only have one chance to score points at their conference championship. We did well in cross country, women’s golf, and track and field. When you only have 16 sports and some schools have 17 and 18 you need to get points every chance you get. We have been in the league for five years and it has been frustrating finishing second the first four. So, we are very excited to finally finish first!

"I think it says we are very strong competitive wise against our peers. With our university being on the outskirts of the league, our student athletes and coaches have done a great job of juggling travel, competition, and academics. I am so proud of the student athletes, coaches, support staff, and university administration for all being a part of this great accomplishment."