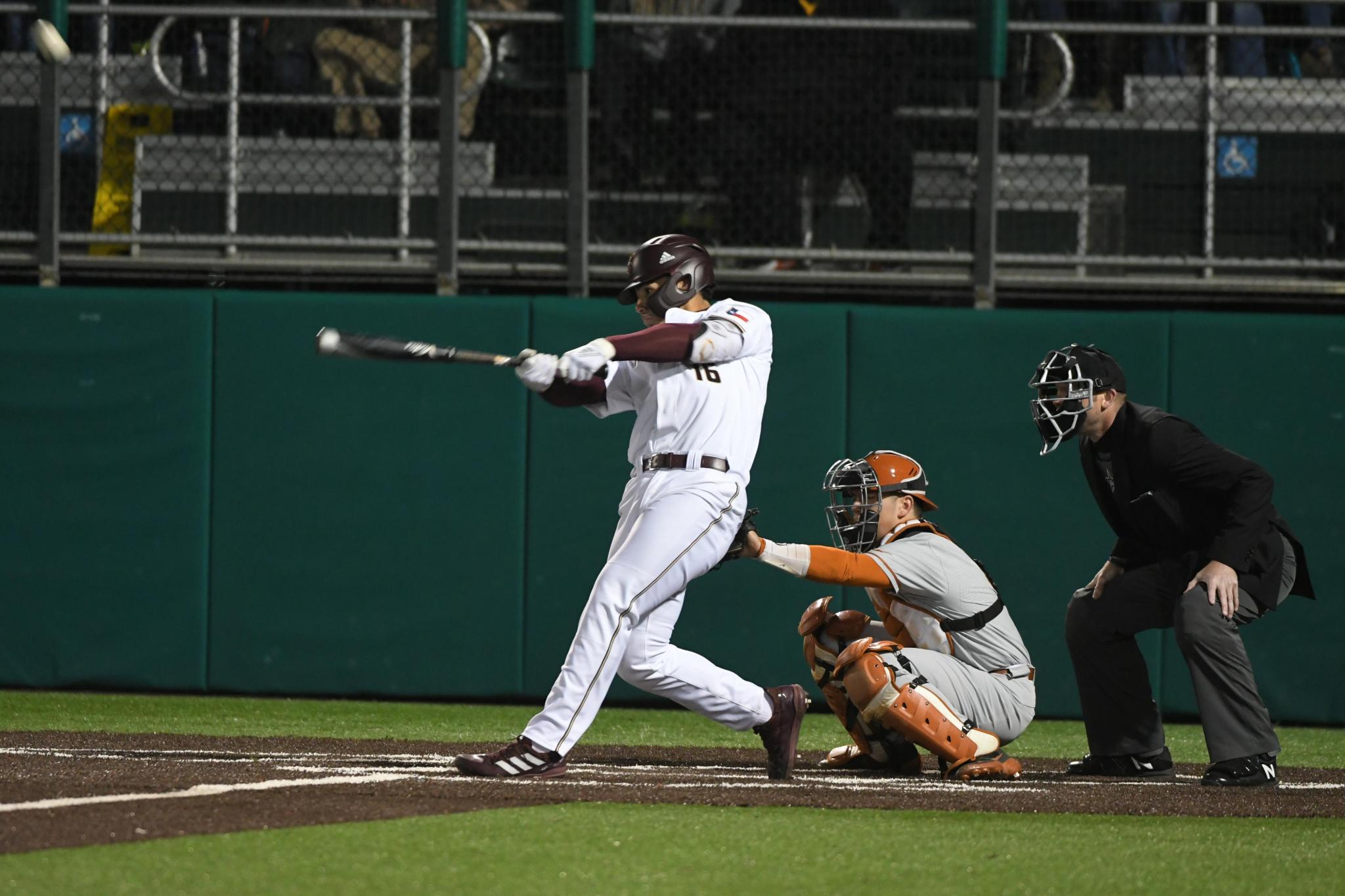 Texas State’s run in the Sun Belt baseball tournament came to an end Saturday after falling to No. 4 seed Louisiana in the semifinals, 3-2.

The No. 1 seed Bobcats took an early lead with runs in each of the first and second innings. Senior centerfielder Ben McClain led off with a base hit in the bottom of the first and advanced to third base on a failed pickoff attempt. Junior left fielder Jose Gonzalez brought McClain across with a double to left centerfield, scoring the first run of the game.

Freshman first baseman Daylan Pena drew a walk to begin the second inning and senior second baseman Cameron Gibbons followed it up with a single through the right side to move him into scoring position. McClain plated Pena with a double down the right field line, putting the maroon and gold up 2-0.

But Texas State wouldn’t score again the remainder of the game as Ragin’ Cajuns senior starting pitcher Jacob Schultz threw a 142-pitch complete game. Louisiana knotted the game up with a pair of runs in the top of the third and took the lead with another score in the top of the fifth. The Bobcats put two runners in scoring position in the bottom frame with just one out but weren’t able to bring either home.

The team wasn’t able to get on base again, suffering the 3-2 loss. The maroon and gold would have moved on to an elimination game under normal circumstances, but the Sun Belt changed the format of its tournament from double- to single-elimination due to inclement weather earlier in the week, knocking Texas State out of the bracket.

Louisiana will now play No. 2 seed Georgia Southern in the conference championship game Sunday, the winner receiving an automatic bid to the NCAA tournament. However, after clinching the Sun Belt regular season title and producing a 45-12 overall record and ranking 26th in the NCAA's rating percentage index (RPI), Texas State stands a strong chance of receiving an at-large bid to an NCAA regional — which would be the program’s first appearance in the tournament since 2011.

The Bobcats will hope to hear their name called during the NCAA selection show, airing Monday on ESPN2 at 11 a.m. The team will host a watch party open to the public inside the Castro Club of the University Events Center, with doors opening at 10 a.m.