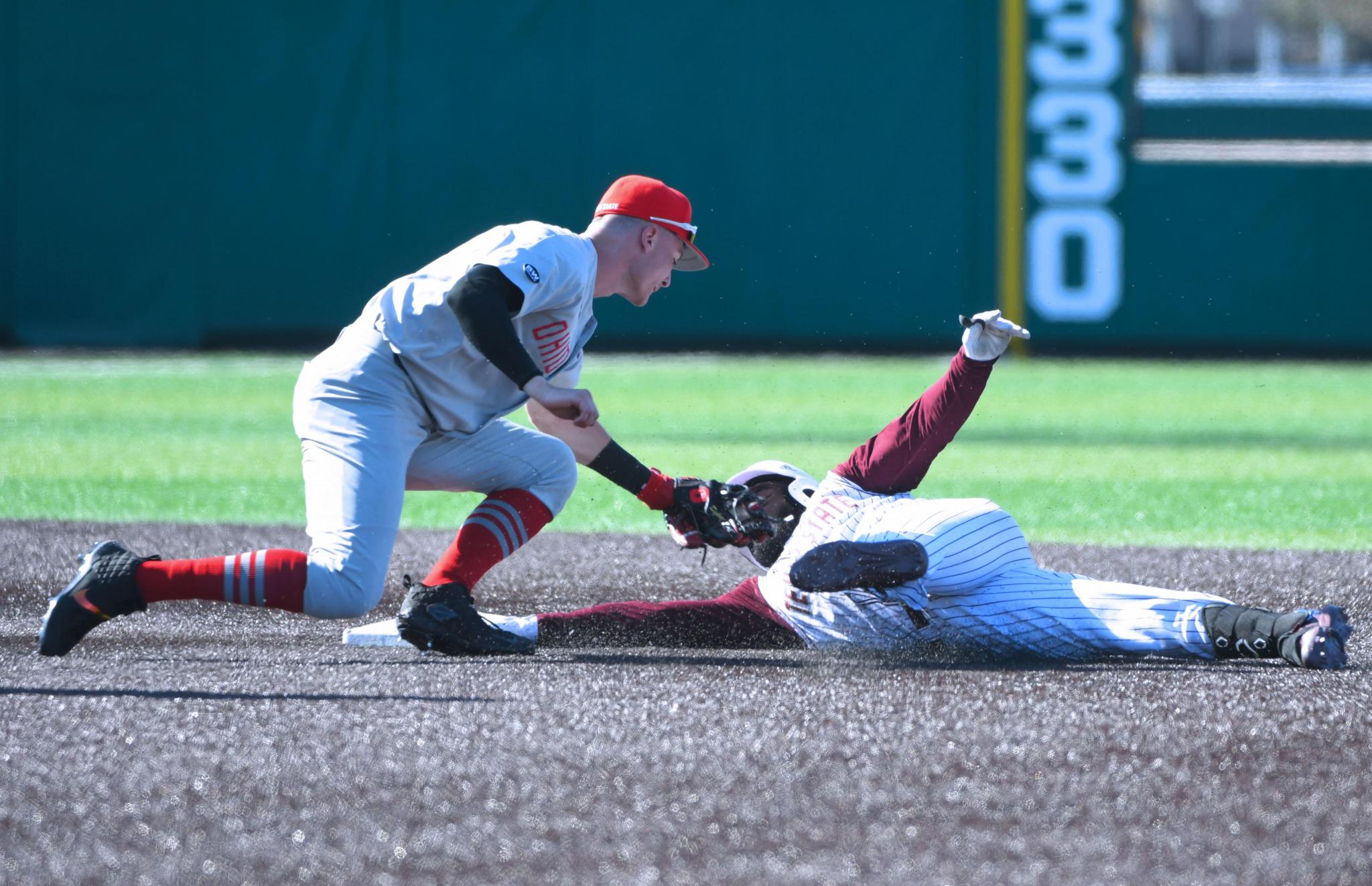 Texas State’s eight-game winning streak came to an end on Tuesday as the maroon and gold suffered a 4-3 loss to Incarnate Word on the road.

Despite outhitting the Cardinals 10-4, the Bobcats gave up three errors that allowed the hosts to take an early lead. Texas State got on the board first in the top of the third after an RBI single by freshman designated hitter Daylan Pena brought in junior catcher Peyton Lewis from second base. But the visitors committed two errors in the bottom of the inning, allowing UIW to bring two runners across without registering a hit and jump in front, 2-1.

The Cardinals (10-8, 0-0 Southland) swung for a two-RBI single in the bottom of the fourth, extending the lead to 4-1, while the maroon and gold were kept off the board through the next three innings. The Bobcats’ best chance to tie the game came in the top of the seventh. Senior left fielder Ben McClain and second baseman Cameron Gibbons led off with a single each. Senior centerfielder Isaiah Ortega-Jones was hit by a pitch two plate appearances later, loading the bases with one out and putting the game-tying run at first.

Pena singled through the right side, plating McClain and keeping the bases loaded for Texas State. But the visitors struck out in their next two at-bats, stranding all three runners. McClain sent a double to left centerfield in the top of the eighth, but the Bobcats couldn’t register another hit the rest of the game, giving the Cardinals a 4-2 victory.

Senior right-handed pitcher Trevis Sundgren  (2-2) received the loss, allowing four hits, one walk and two earned runs while striking out one across the first 5.0 innings.