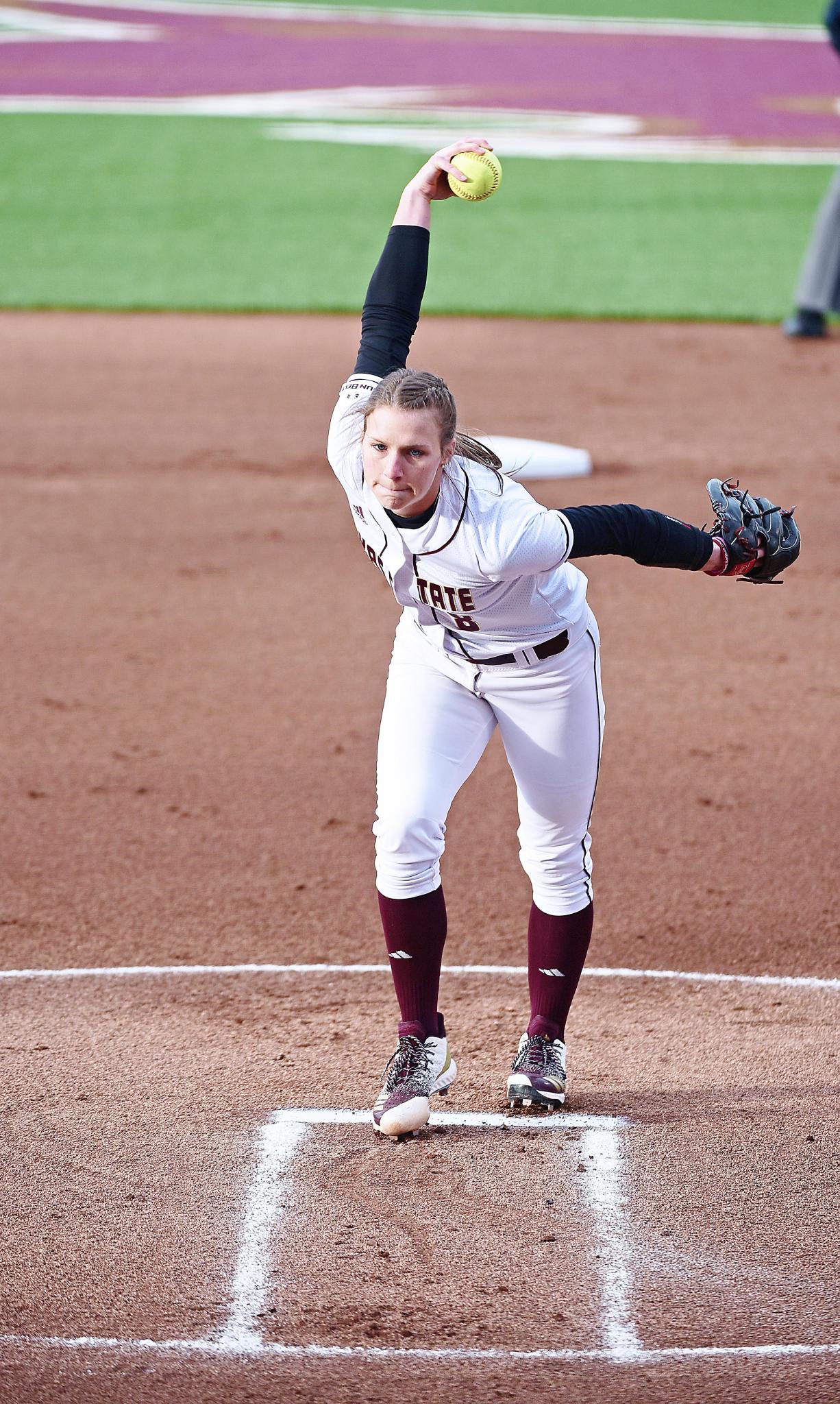 One bad inning couldn’t keep the Bobcats down.

After taking a 1-0 lead in the bottom of the first inning, Texas State struggled to get out of the top of the third on Thursday against UTSA in the opening game of the 2019 Bobcat Classic. The Roadrunners picked up three runs inside Bobcat Softball Complex to take control of the game.

“I really felt like I lost control of the ball,” sophomore pitcher Meagan King said. “Like I wasn’t able to really spin the ball very well. My body wasn’t in a good position and then it just kind of spiraled like it does if you don’t nip it in the bud really fast. But after that, I think I did a better job.”

King didn’t surrender any runs to the visitors for the rest of the contest, but the hosts didn’t pick up their energy at the plate until late in the game. Junior infielder Hailey MacKay got on base with a single in the sixth inning and was swapped out for freshman pinch runner Cat Crenek. Crenek advanced to second on a sacrifice bunt, stole third base, and was brought home with an RBI from sophomore infielder ArieAnn Bell to bring the Bobcats closer, down 3-2.

The team had a chance to win it in the final frame. Junior outfielder Christiana McDowell, freshman outfielder Molly Damiani and MacKay loaded the bases for Texas State, but UTSA caught a pop fly from junior infielder Bailee Carter in the final at bat to seal the victory.

Still, the momentum from nearly rallying past the Roadrunners carried over throughout the rest of the tournament.

After Friday’s games were cancelled due to inclement weather, the Bobcats picked up their first win of the season Saturday, beating Colorado State, 7-3. Carter redeemed herself in the ball game, scoring two runs and two RBIs.

The maroon and gold invoked the mercy rule in its next outing, defeating North Dakota State 9-1 in five innings Sunday. The hosts couldn’t produce the same result on Monday, falling 4-3 to the Bison, but made the visitors work for it in the 10-inning contest.

“We’ve got to learn who we are and figure out how we’re going to be able to produce runs on the board and make sure that we come out of this just figuring out how we’re going to win ballgames,” Woordard said. “Whether that’s going to be running bases better or swinging the bats better or pitching better. We’re just gonna have to figure out what we need to do on a consistent basis.”

Texas State is now 2-2 on the season. The Bobcats will return to action on Friday when they compete in the 2019 Troy Cox Classic in Las Cruces, New Mexico. The team’s first matchup will be against San Jose State at 2:30 p.m. King expects the energy to continue carrying over.