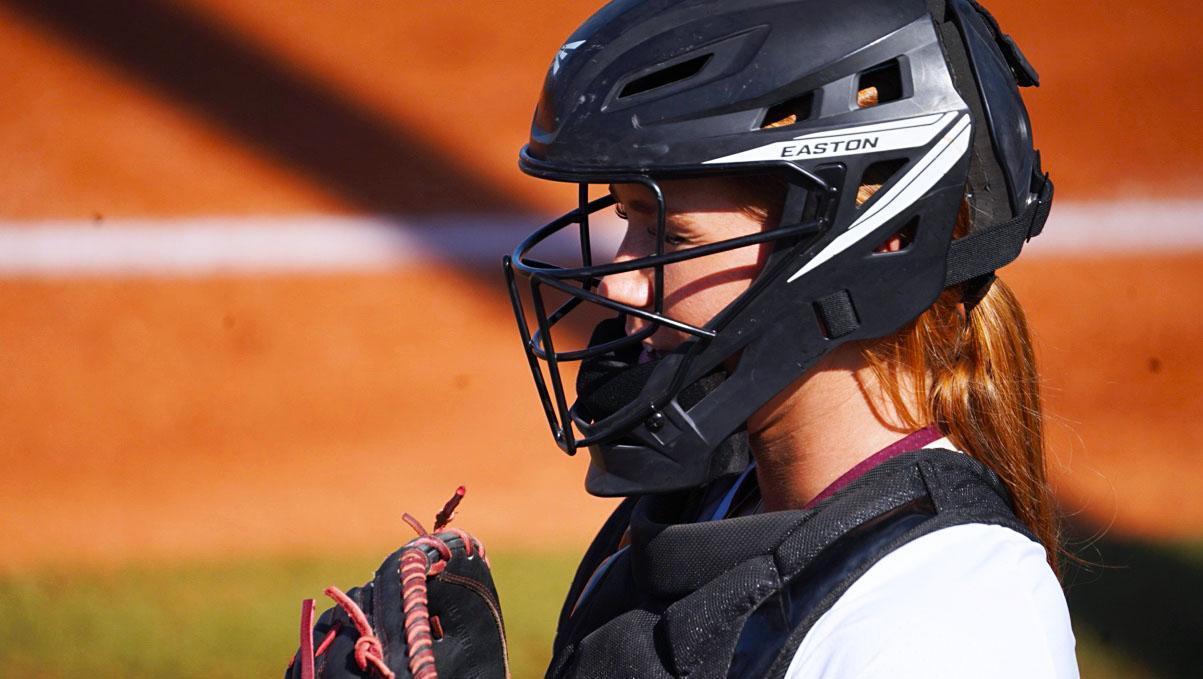 No. 3 seed Texas State took down No. 2 seed South Alabama in nine innings on Thursday, 4-2.

Sophomore shortstop Hannah Earls, Sun Belt Freshman of the Year Ciara Trahan and junior third baseman Sara Vanderford all connected on base hits to lead off the top of the first inning. Sophomore right fielder Anna Jones struck out in the next at-bat, but senior catcher Caitlyn Rogers brought in the first run of the game with an RBI single to centerfield.

Despite the bases still being loaded with only one out after Rogers’ hit, Texas State left all three runners stranded and gave up the game-tying run in the bottom frame. Three innings later, Jaguars redshirt junior cleanup hitter Victoria Ortiz swatted a solo home run to right field to give South Alabama its first lead, 2-1.

The maroon and gold managed to knot it back up in the top of the sixth. Rogers drew a walk to get on base and sophomore second baseman Claire Ginder bounced an RBI double off the left field wall to bring her across, tying the score at 2-2. Sophomore starting pitcher Jessica Mullins struck out two batters in the bottom of the sixth to keep the game even and neither team scored in the seventh, sending the game into extra innings.

After a scoreless eighth inning, senior centerfielder Kylie George led off the ninth with a base hit, but some confusion in the next at-bat led to Earls flying into a double play. Trahan slapped for her third single of the game and Vanderford found the gap on the left side for a double in the next plate appearance, putting two runners in scoring position for the Bobcats. Jones drove them both home, getting a single to drop in centerfield to take a 4-2 lead.

Anna Jones (@ahj4201) gets one to drop in centerfield, plating Trahan and Vanderford. #TXST is back in the driver's seat, 4-2 https://t.co/Z4cGI51APq pic.twitter.com/jjq4Gd1uGq

“Really, I was playing for my team,” Jones said. “I probably couldn’t have done it without them. They kept telling me, ‘Confidence, believe in yourself. We believe in you, you need to believe in yourself.’ And if they weren’t doing that, I probably would’ve shut down. I was, what, (0-4) before that at-bat? And so I was like, ‘I need to fight for my team. I need to go out there and do something for them, just find a way on.’ And it ended up working out. So I was really blessed to have some amazing teammates today.”

Mullins, pitching in the ninth inning for the first time in her career, retired the side in order to win the war. The Sun Belt Pitcher of the Year ended the day allowing four hits, one walk and two runs while striking out nine on 130 pitches, improving to 27-11 on the season. Neither team made a pitching change in the game.

“I’m not sure there’s a relief, ever,” Woodard said Thursday. “I think you just hope you win one and start looking for the next one. You know, it’s that time of the year, this is the time of the year you want to be playing your best ball. And obviously, we are right now. So again, I couldn’t be more proud of this team and the way we put up a fight today.”