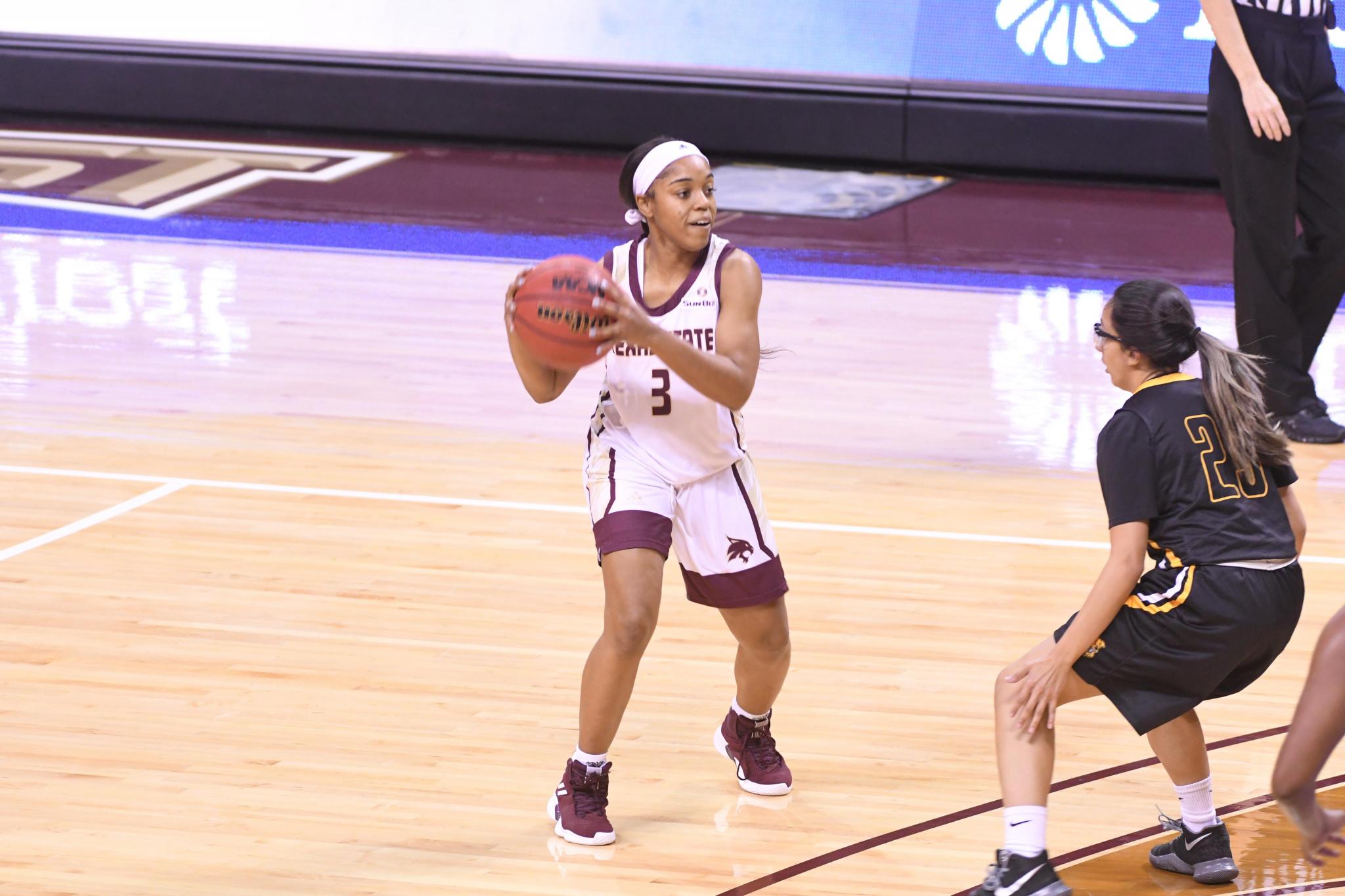 Texas State holds on late to edge out New Orleans

Tough defense by Texas State overcame a sluggish start on offense and a near-comeback in the fourth quarter by New Orleans. The Bobcats (3-2) beat the Privateers (2-4) inside Strahan Arena on Wednesday, 51-49.

The hosts began the game on a 6-0 run in the first 3:08, but only managed one more bucket the rest of the quarter. New Orleans bounced back to take a 10-8 lead, building momentum heading into the second.

The Privateers maintained the lead through the entire second period, but a last-minute layup from junior forward Lillie Moore and free throw from sophomore guard Kennedy Taylor cut it to 21-18 heading into halftime.

The Bobcats held the visitors to just 2-16 shooting in the third quarter, surging back to outscore New Orleans 17-7 in the third quarter. Taylor racked up seven points during the period and found senior guard Brooke Holle on the wing for a 3-pointer. The maroon and gold went into the fourth with a 35-28 lead and never trailed again.

Still, the Privateers didn’t go down without a fight. Texas State coughed up four consecutive turnovers, resulting in a 6-0 run by the visitors, trimming the lead to one point. Moore ended the cold spell with a pair of free throws at the 6:05 mark.

New Orleans senior guard Vaquela Pimpton drained a trey with a 11 seconds left to slash the Bobcats’ advantage back to one point. The team intentionally fouled Holle on the inbounds pass, who hit just one of her two free throws. But Pimpton couldn’t find the range again, missing the game-winning 3-point attempt to seal the Texas State win, 51-49.

"What a toughly battled game it was toward the end. I can't tell you it was the perfect game as far as taking care of the basketball and finishing," head coach Zenarae Antoine said in a statement. "We fought all the way toward the end which is really important. We did a great job executing after halftime and had to find some mental toughness and win loose balls."

Taylor led the team with 12 points, the only player to reach double-digits, and four assists. She was followed by Brooke Holle with nine, who also tied with Moore with a team-high seven rebounds. New Orleans finished the night shooting .288 percent from the floor.