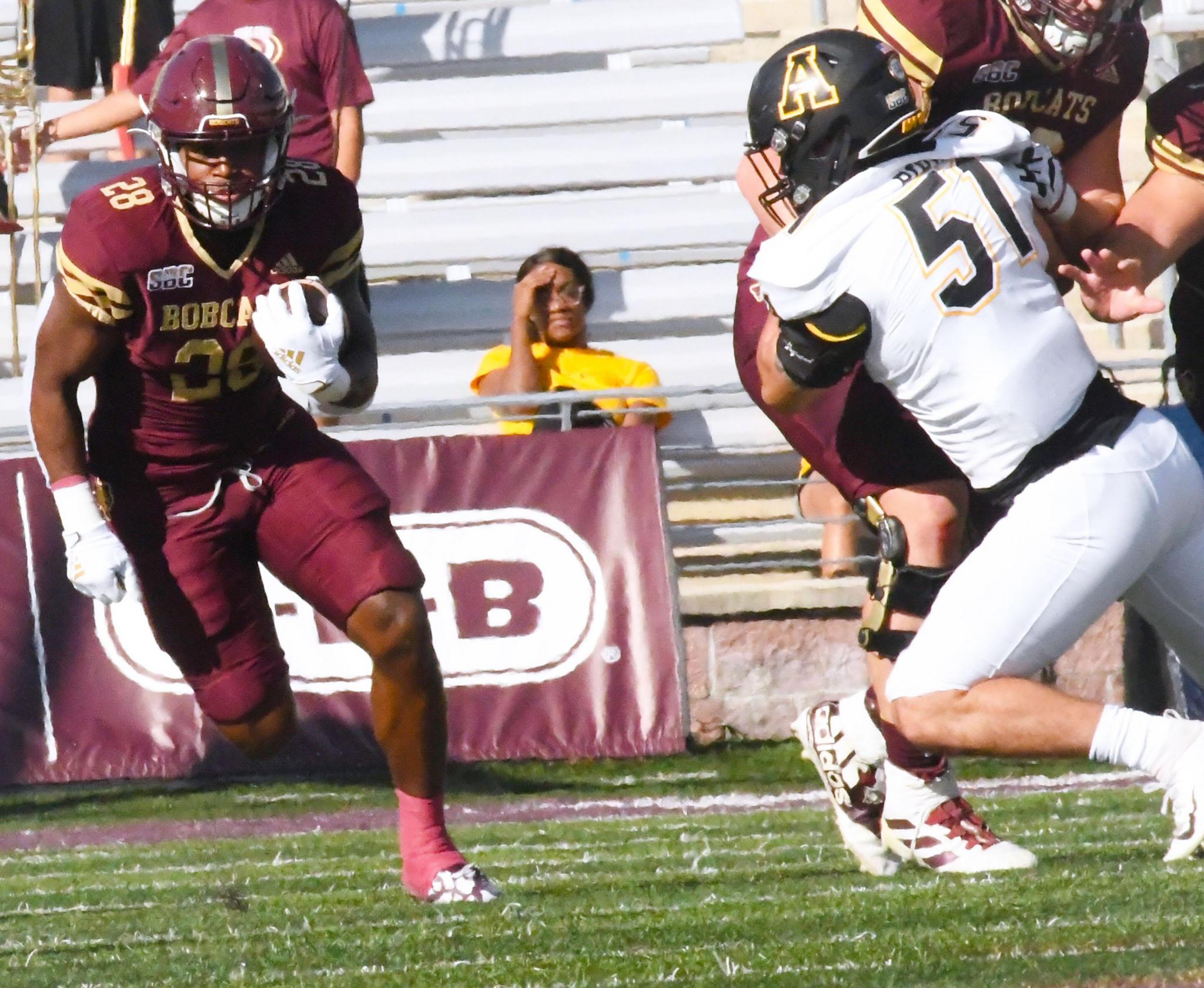 Tyler Vitt told Jake Spavital he was fine. The coach knew the quarterback was lying.

During Texas State’s drive early in the fourth quarter of the team’s game at Georgia Southern last Saturday, Vitt dislocated his non-throwing wrist. Redshirt freshman running back Calvin Hill ran for an 11-yard touchdown to end the drive, cutting the Eagles’ lead to 20-14.

Junior cornerback Jarron Morris intercepted a pass on the first play of the next drive, and Vitt fought through the pain to return to the field and threw a 43-yard touchdown pass to junior wide receiver Marcell Barbee. Vitt remained on the field for one more drive, which ended in a turnover on downs, before being pulled from the game.

“He's a tough kid. He's not gonna tell you that he's hurt. You look down at his wrist and you see that there's something wrong, like just from — me not even being a doctor, looking down, you know, it was pretty messed up at that point,” Spavital said. “It ended up being in a lot of pain and then that's when (redshirt sophomore quarterback Brady McBride) came in and finished out the second half. We took (Vitt) in and got the X-rays and then they told me he couldn't finish the game.”

Spavital said Vitt would undergo an MRI scan this week to determine the severity of his injury. But with just two games left on the schedule, Vitt will likely be out for the season.

Vitt being sidelined means Texas State will return to McBride behind center, who’s started six games this season and completed 121 of 211 passes for 1,280 yards, 11 touchdowns and seven interceptions this year. McBride will lead the Bobcat offense against an Arkansas State defense this week the allows the most yards (482.1) and points (38.6) per game in the Sun Belt, but Spavital said the Red Wolves still present a tough challenge for the quarterback.

Like Texas State, Arkansas State’s defense has been hammered with injuries and COVID-19 protocols that have kept some of its best players off the field this year while also switching from David Duggan to Nick Paremski at defensive coordinator just last month. Spavital said he’s seen improvements from the defense in the two games since making the switch.

The Red Wolves have a unique offense in which they utilize two quarterbacks in redshirt junior Logan Bonner and redshirt sophomore Layne Hatcher. But while both quarterbacks bring different skillsets, Spavital noted that the play-calling doesn’t change.

“This case is unique because it's really not two different offenses. It's the same plays. Both quarterbacks are very similar on how they handle it,” defensive coordinator Zac Spavital said. “The issue is really just their skill guys, how they get the ball in space, they put you in a lot of conflict, they vary their tempos, so they'll go slow, slow and then fast, fast, fast and then they'll kind of hurry up on certain down and distances that can be challenging. It's a good task but it's like that every week right now for us.”

Texas State (1-9, 1-5 Sun Belt) hosts Arkansas State (3-5, 1-4) inside Bobcat Stadium on Saturday at 11 a.m. The game will be broadcasted on ESPNU. Both teams will be looking to show they’re better than what their records say.

“Their record means nothing,” Arkansas State head coach Blake Anderson said. “We’ve got our own challenges there, so we know that a record does not completely define a team. We feel like we’ve got a lot better team than what our record shows as well. I see a team that’s getting better with (Texas State).

“I think they’ve bought into what Coach Spavital is preaching there. You can tell that they enjoy the environment they’re playing in, they’re still playing with tons of energy even though they’re out of a bowl picture, out of a conference race. And to me, that says everything. They’re gonna be dangerous, they’re gonna be fighting and clawing, they can score points, he’s done a good job recruiting to fit his system. And it’s going to take us playing our best football.”