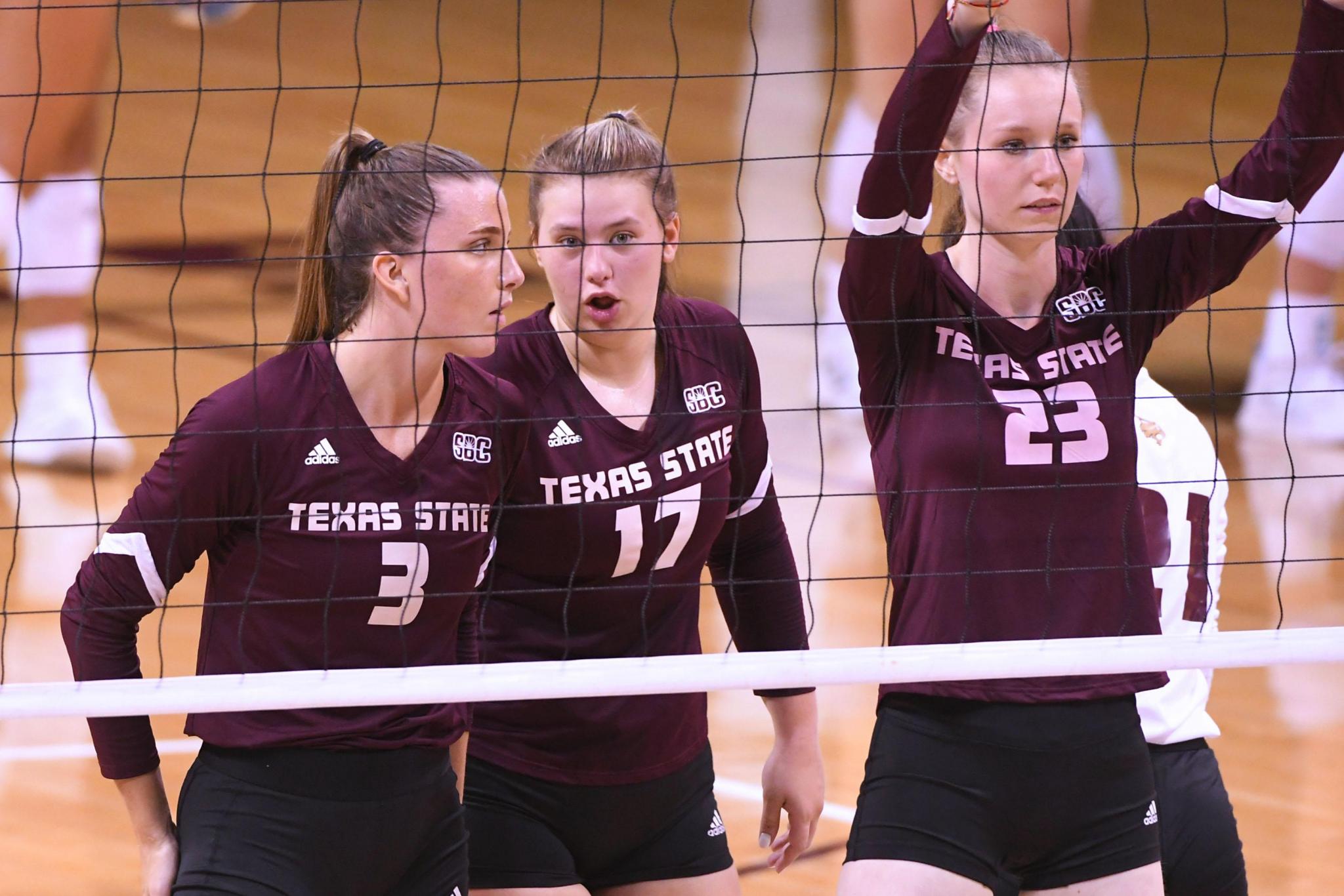 The Bobcats got back on the floor in an intrasquad scrimmage Saturday inside Strahan Arena.

The scrimmage split the maroon and gold into two teams — with fifth-year seniors Emily DeWalt and Janell Fitzgerald on opposite ends. The ‘Cats played four sets throughout the scrimmage, with head coach Sean Huiet and his staff evaluating on the sidelines throughout.

“We’re anxious to have an opponent on the other side, but it was fun to separate into two teams,” Huiet said. “With 22 people it was easy to do that today and get a match. It was the first time they got to put their jerseys on (and) run out of the tunnel, play in front of a crowd and start to get ready for our season. So I was very pleased with the overall and a lot of individual play today.”

Huiet believes this year’s squad is one of the deepest he’s seen during his 17-year tenure at Texas State, and certainly the most during his time as head coach.

“Being honest, I said a couple years ago I thought we were the deepest we’ve ever been — now I have to say this year (we’re the deepest). I knew what we had coming back, I knew how good we thought the freshmen were going to be. I didn’t know that they would be ready to go this early and all of them are ready to go right now. So I think our biggest issue, which is always a good issue to have, is who’s going to be on the court. We are five-to-six deep (at) pretty much every position except the setter position, and we have two really good setters. So good problems to have, but really exciting for us.”

This year’s freshman class saw significant playing time during the contest, with five out of six seeing the floor. One of the freshmen who spent the majority of the scrimmage on the floor was a familiar face in San Marcos alum Maggie Walsh, who played outside hitter as well as libero during the match.

“(The 2022 class) reminds me a lot of the class with Janell and Emily,” Huiet said. “They all came here highly recruited, but they wanted to come to Texas State and join our culture and do things that we haven’t done here before. Like I said, we knew how good they were. It just sometimes takes that transition to the college game — the speed of the game, things like that. But all six of them are court ready, and that’s good news.”

Texas State heads to the McDermott Convocation Center at the University of Incarnate Word in San Antonio this weekend for their season-opening tournament. The Bobcats are set to play their first match of the season against Houston Baptist on Friday at 4:30 p.m.