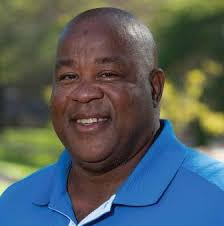 “I am extremely excited and elated as this is a great opportunity for me and my family to become Bobcats at Texas State University,” Frazier said in a statement. “Being passionate about track and field, this solidifies the next step in my career as Director of Track and Field.  The possibilities are absolutely endless, and I am thankful to be working with a team that embodies commitment and dedication to the student-athletes.  I can feel the passion, and I am ready to get started.  My goal is to build on the existing dynamic base that’s in place and to develop a strong competitive track and field program.  With pleasure and honor, I thank the people that have and still are supporting me on my journey. Let’s go, Bobcats!”

Frazier has over 30 years of experience, including coaching stops at Florida, Arizona and Tennessee. The UCLA alumnus most recently spent eight years at his alma mater as the Bruins’ throws coach and four years as their men’s head coach.

In four seasons as a thrower for UCLA (1982-83, 1985-86), Frazier and the Bruins went 38-1 in dual meets and were the NCAA’s top-ranked team in dual meets during his freshman and senior seasons.

“After an extensive national search, we are thrilled to announce the hiring of John Frazier,” Texas State Executive Senior Associate Director of Athletics for External Operations Don Coryell stated. “He had all the characteristics we were searching for in the new leader of the track and field/cross country program.”

“John brings an extensive winning background from some of the top conferences in the country, and has won a national indoor title, 21 conference championships and developed 57 All-Americans, five NCAA champions, and four Olympians. His approach to the development of his student-athletes is well chronicled and impressive. His compassion and desire for the well-being and best interests of the student-athletes really stood out during our search.”

Frazier takes over a Texas State program whose men’s and women’s teams finished fifth and sixth in cross country, second and second at indoors, and third and fourth at outdoors, respectively, in the 2020-21 Sun Belt championship meets.