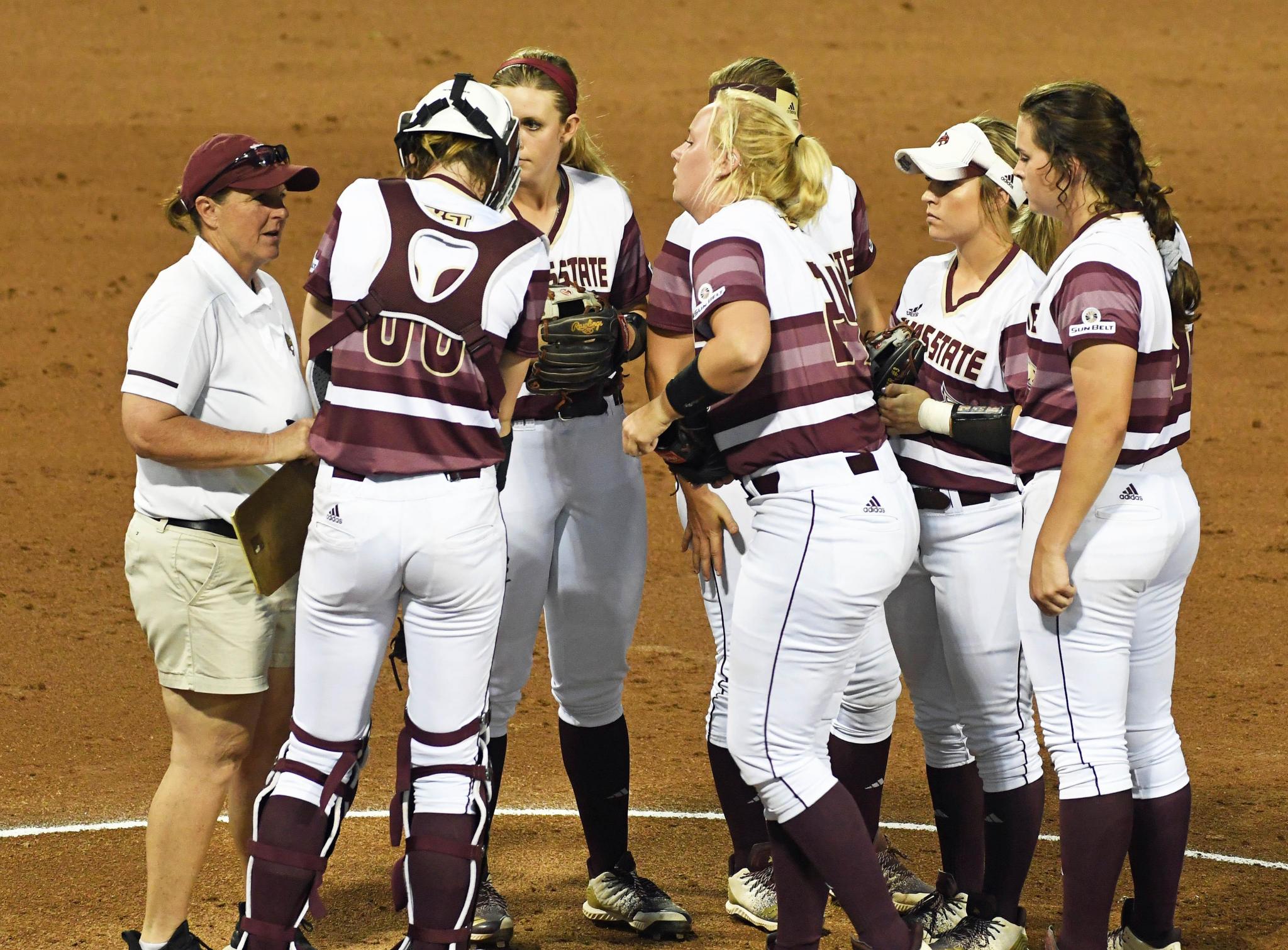 Texas State suffered a 6-1 loss at the hands of No. 11 Louisiana in its Sun Belt series opener on Friday inside Bobcat Softball Stadium.

Louisiana brought home the first run of the game in the top of the first when junior right fielder Sarah Hudek hit a home run.

The Cajuns scored two more run in the second inning off a two-run homer from sophomore center fielder Raina O’Neal. Louisiana extended its lead to 5-1 with an RBI single from sophomore designated player Bailey Curry and a sac-fly by junior catcher Julie Rawls in the third inning.

Texas State responded with its lone run of the game in the bottom of the third. Junior center fielder Christiana McDowell ripped a solo home run to cut the Cajun advantage to 5-1.

Louisiana added its final run in the fifth inning with an RBI double from Rawls. Texas State couldn’t answer in its last three at bats and fell 6-1.

“We have to execute better,” head coach Ricci Woodard said. “We need to be able to execute our pitches and hit our locations. We need to execute at the plate and follow the game plan.”

Sophomore pitcher Meagan King (4-8) took the loss after allowing four earned runs in 2.1 innings in the circle. She gave up five hits and two walks. Cajun junior pitcher Summer Ellyson secured the win after striking out four and only allowing one run.