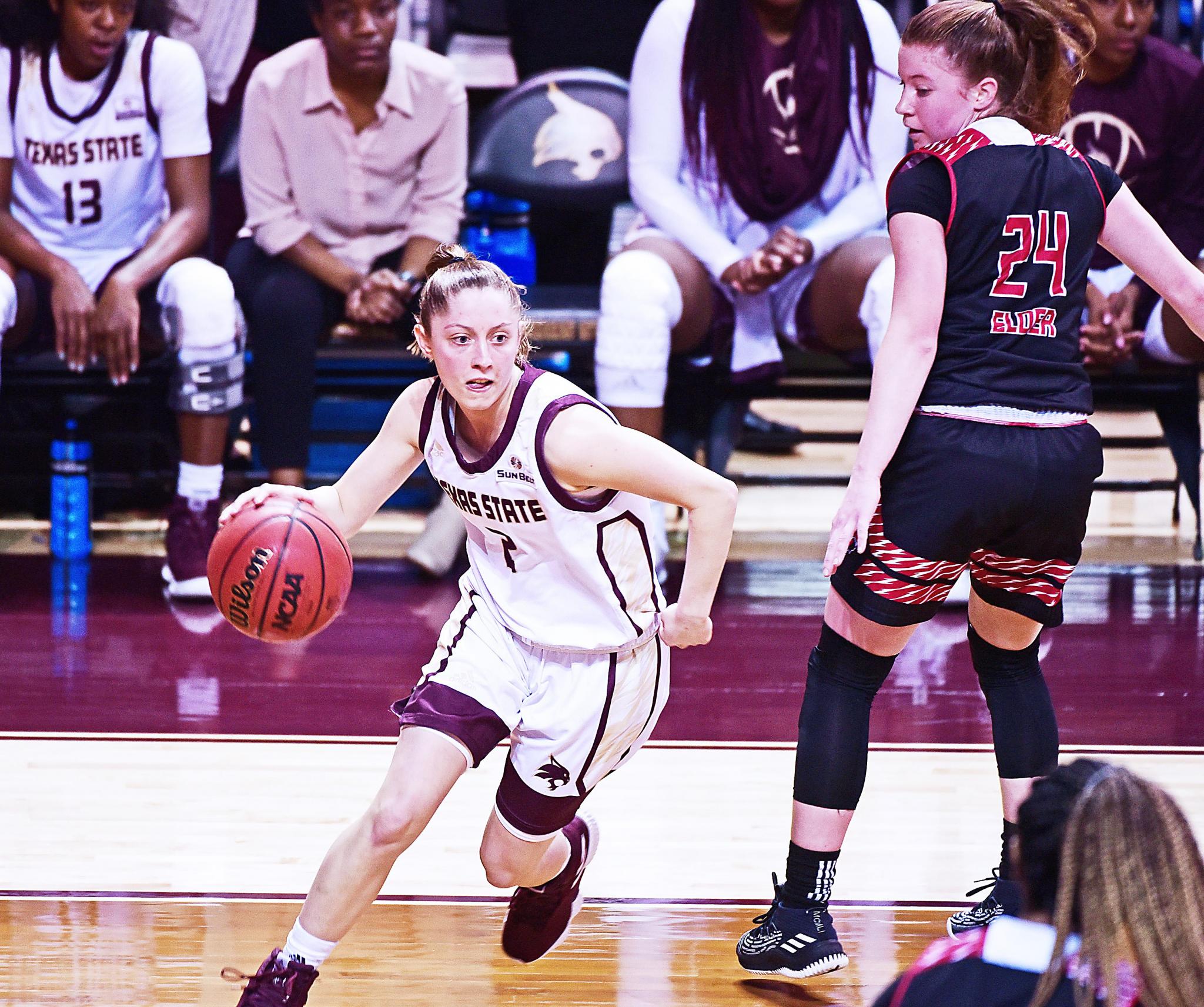 After falling behind in the first quarter of its road game against Louisiana on Saturday and trailing all of the second, Texas State found itself down 34-29 at halftime. The Bobcats clawed back into the game, though.

A 3-pointer from senior guard Toshua Leavitt halfway through the third quarter cut the deficit to 42-41 and freshman forward Ja’Kayla Bowie took the lead with a layup on the next possession. The maroon and gold extended it to six points with a fastbreak score from junior guard Brooke Holle and another triple from Leavitt. But the Ragin’ Cajuns ended the quarter on an 8-0 run to go back in front heading into the fourth.

But the visitors had another comback in them, and Texas State completed the rally to take the 71-65 victory.

Freshman forward Da’Nasia Hood began the quarter with a putback layup after grabbing an offensive rebound off of a missed 3 by Leavitt. Hood drained a trey on the next trip down to give the Bobcats a 3-point lead. They never let go of it.

Louisiana came within two points three times during the period, but could never get over the hump. Leavitt scored another seven points in the quarter to help keep the Bobcats on top.

"I did not like the defensive effort or intensity in the first half," head coach Zenarae Antoine said. "That was definitely a discussion point in the locker room. I thought we did a much better job in the second half. I also thought we really boxed out well down the stretch. The one-and-done trips in the fourth quarter are what won us this game."

Leavitt paced the team with 28 points — the most she’s had since her 31-point outing at Arkansas State on Jan. 19 — and was followed by junior forward Jazza Johns with 12 and Holle with 11. Holle also led the team with seven boards.