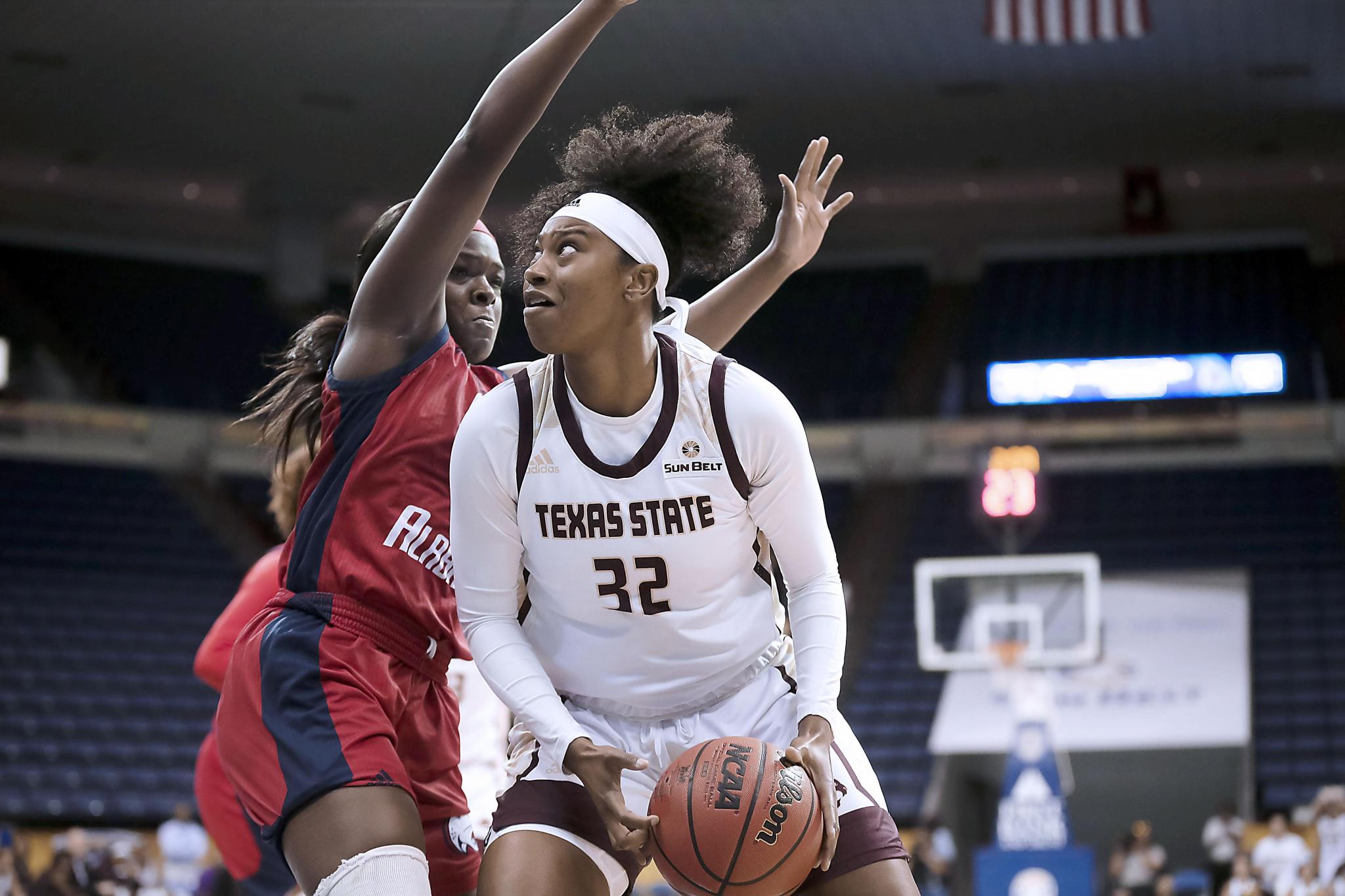 Sophomore guard Avionne Alexander had the ball at the top of the key, defenders all around. She pulled up for a high-arching 3-pointer that caromed off the backboard and through the net. The buzzer sounded.

Had there been more time, Texas State might have gotten the ball back. South Alabama didn’t make a field goal in the final three minutes of the game. They shot just 4-8 at the free throw line during the span as the Bobcats began intentionally fouling.

If there were even more time, Texas State might have made another shot. The team made all six of their last field goal attempts, half of them coming from deep.

But there wasn’t more time. And the No. 6-seed Bobcats fell to the No. 7-seed Jaguars in the second round of the Sun Belt tournament on Wednesday inside Lakefront Arena in New Orleans, 68-67.

South Alabama lit up the maroon and gold from deep in the first quarter, draining five triples on 13 tries. Texas State struggled to keep up, shooting just 22.7 percent from the floor for the period. The Jaguars raced to a 23-10 lead.

The Bobcats tightened up on defense in the second quarter, but still weren’t able to find their offensive rhythm. The team held even with USA during the eight minutes, but still trailed 34-21 at halftime.

Texas State finally broke loose in the third quarter. Senior forward Zandra Emanuel began with a pair of free throws. Guards Kennedy Taylor, Brooke Holle and Toshua Leavitt each hit consecutive treys to make it an 11-0 run for the Bobcats, trailing 36-32 with 7:25 still to go in the third.

The team came within one point of the lead twice but never got over the hump. The Jaguars closed the quarter out on a 12-3 run to go back up by double digits heading into the fourth quarter, leading 54-43.

Texas State felt the urgency to turn things around as its season began to slip away and started chipping away at the lead again. A 3-pointer from freshman forward Da’Nasia Hood cut the deficit to 67-64 with six seconds to go.

The Bobcats sent freshman guard Damaya Telemaque to the line. Telemaque missed her first foul shot, but made the second. Alexander sank the buzzer beater, but didn’t draw a foul. South Alabama took the win, 68-67.

"This is a tough loss," head coach Zenarae Antoine said. "It is tough especially for the senior group. We got off to a bad start in the first quarter. It does not matter that we won the second, third and fourth quarter because we were so far down after the first."

Leavitt led the team with 24 points, followed by Hood with 15 and Holle with 10. Emanuel was the leading rebounder with eight.