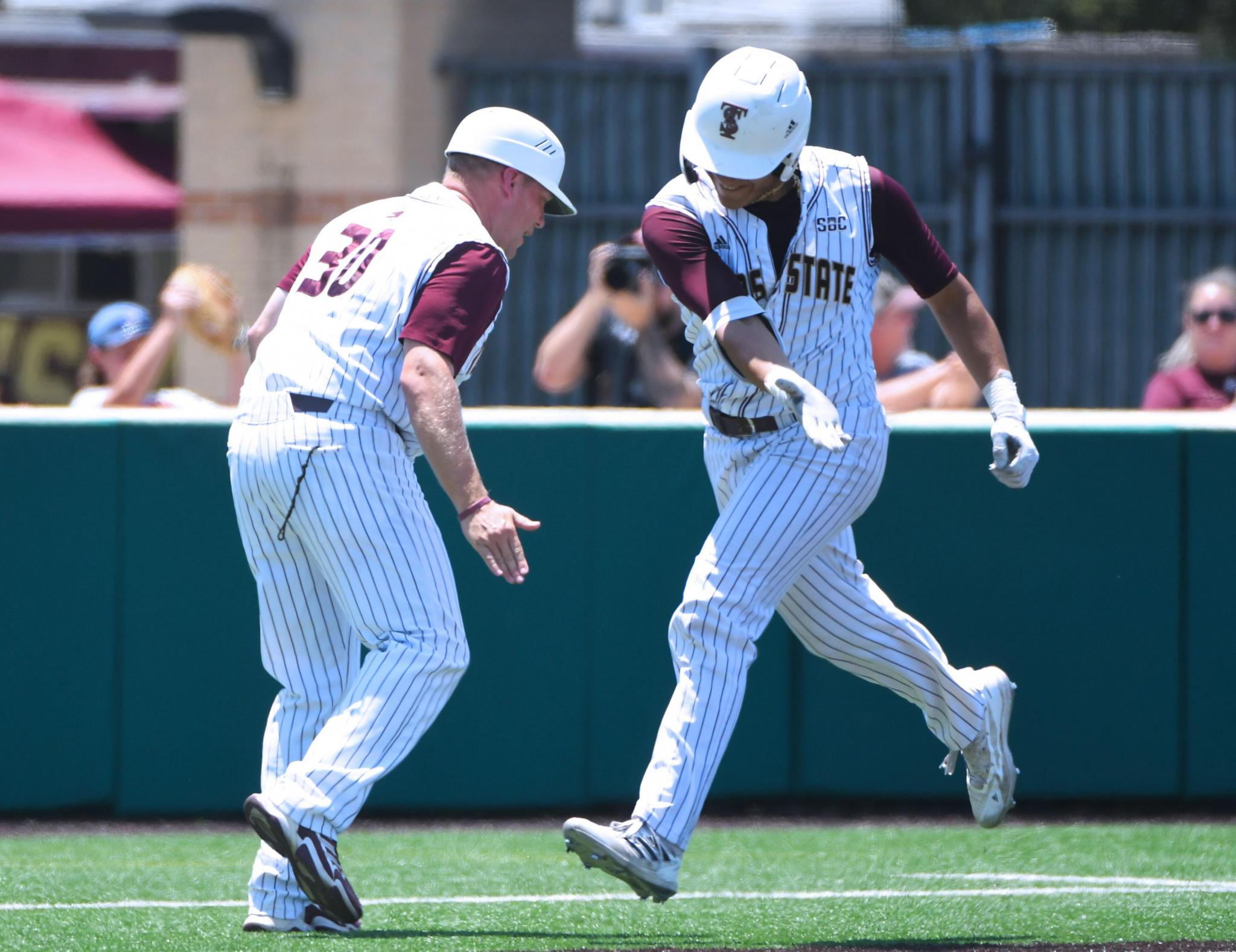 Of course, the head coach would’ve welcomed the opportunity. It would’ve been a program-defining moment for the Bobcats.

But Trout’s welcoming the opportunity to play in the Palo Alto Regional, too. The team can still have its program-defining moment by winning it.

“To be honest with you, I’m actually really excited that we came out west,” Trout said. “You know, we were just pretty much certain they were going to send us to UT or A&M, just from a regional perspective, and that would have been fine, too … To me, I kind of like it because our guys aren’t as familiar with some of these teams, they didn’t know these kids growing up, you know, they’re not friends, they’re not buddies, they’re not recruits who they just kind of knew the entire time through select ball. And so, it’s just literally another uniform over there that we’re gonna go battle against. So at the end of the day, you’re playing against that baseball, you’re not playing against that other team.”

No. 2 seed Texas State opens regional play against No. 3 seed UC Santa Barbara. The Gauchos clinched an automatic berth to the tournament by winning the Big West regular season championship, going 27-3 in conference play. UCSB ranks 44th in RPI and boast the 11th-best team ERA in the country at 3.87.

The Bobcats will play No. 4 seed Binghamton or No. 1 seed and regional host Stanford in the next round. The Bearcats began the year 5-18 overall but turned their season around by going 17-10 down the stretch, including three wins that secured them the America East conference tournament championship.

The Cardinal, meanwhile, were named the No. 2 overall seed in the country by the NCAA selection committee after securing the ACC tournament title. Stanford will enter this weekend’s regional riding a 16-game winning streak.

“When you get to this point, every team is really good,” Trout said. “So, you know, you start trying to figure out ‘Hey, who do you want to play’ or ‘Who would you rather’ — it doesn’t matter. Every team, when you get to this point, is gonna have really good starting pitching, they’re gonna have really good bullpens and they’re gonna have a really good offense. So for us, of course we’ll prepare for what each team does and what their strengths are and try to get familiar with them. But at the end of the day, it’s about what we do. If we go take care of the baseball, we throw strikes and execute our game plan on offense, then we’re gonna have a chance to win every baseball game.”

It’ll be the maroon and gold’s first appearance in the NCAA tournament since 2011. Even the fifth-year seniors on Texas State’s roster haven’t had the experience of playing on the biggest stage in the sport.

Trout’s trying not to let anyone on the team get overwhelmed.

“We’re just going to take it day-by-day, pitch-by-pitch,” Trout said. “And so, it’s still the same game, it’s still 60 feet, six inches (from the mound to home plate), it’s still 90 feet to each bag. And the surroundings look differently, the weather feels different, it’s a different team in that dugout, but it’s still just the good old baseball game we’ve been playing all year long. And so, just go back to doing what we do and having fun and enjoying it.

“I think sometimes when people get to this point, they put pressure on themselves. And you know, to me, it’s, ‘Yeah, we’re expecting to win the regional, no doubt.’ But it’s also, ‘You gotta take this moment in and enjoy it.’ Especially for the seniors, it’s their first time and last time they’ll get to play in a regional.”

“You’ve got to enjoy the moment you’re in and go have fun with it and not put pressure on yourself,” Trout said. “Because the pressure was getting here — now you’re on house money. So let’s go have some fun and see what we can do.”