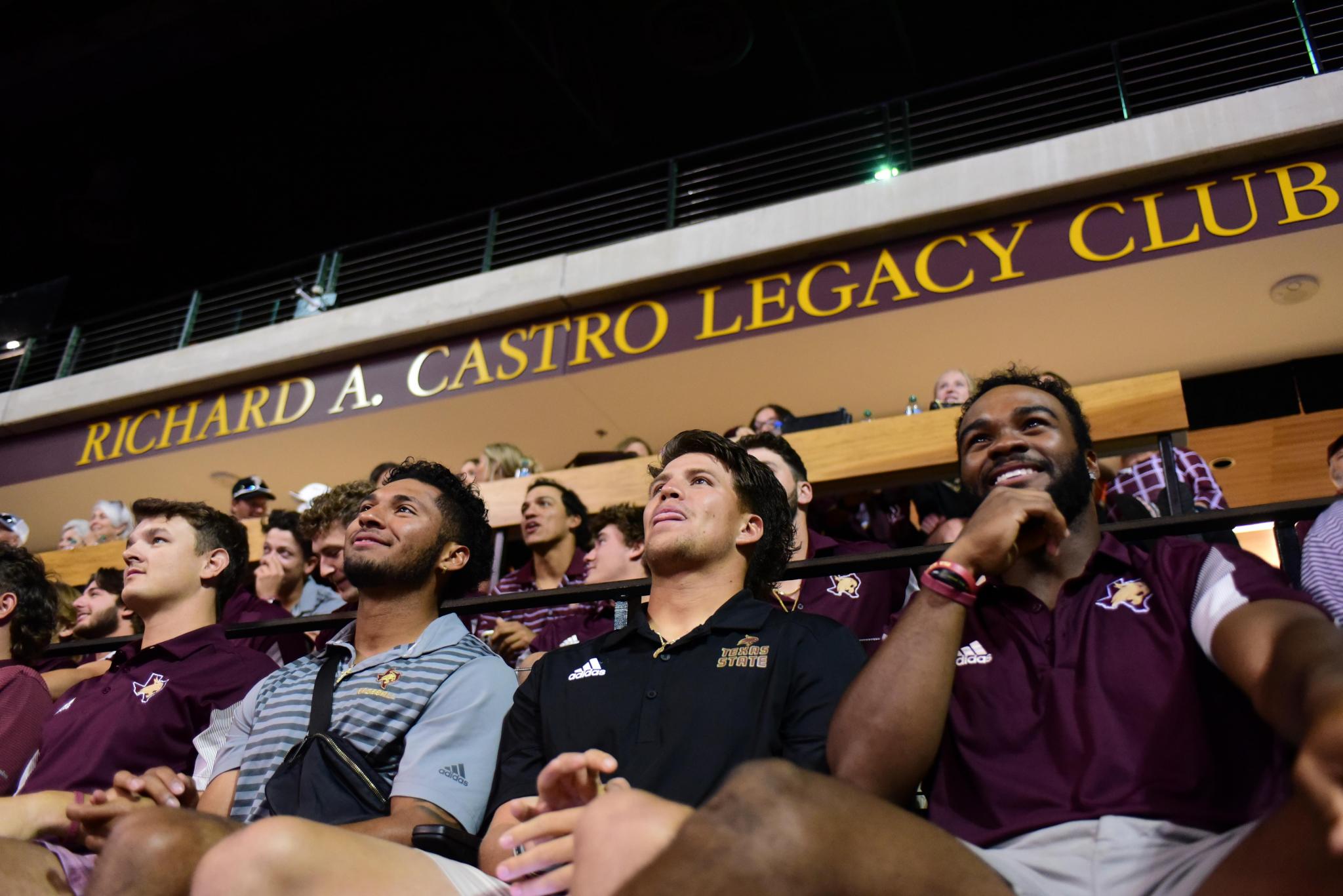 In 2019, the maroon and gold sat in the Strahan Arena film room awaiting their fate as the NCAA baseball selection show took place, picking the nation’s top 64 teams. Many of the seniors on this team were underclassmen but they remembered that day. The Bobcats were coming off of a 36-20 season and a Sun Belt regular season championship and expected to have their name called. It wasn’t — Texas State was one of the first four teams left out of the tournament.

After a season cut short in 2020 and a down year in 2021, Texas State flipped the script with a 45-12 overall record this season. The record propelled the Bobcats to another regular season championship and, after 27 minutes of waiting inside the Castro Club at the University Events Center, an NCAA tournament berth — the first since 2011.

“We went into the season with no guys on the preseason rankings,” head coach Steve Trout said. “We were picked to finish seventh, and rightfully so. Obviously, we had a bad year the year before, so we went into it like, ‘Hey, let's prove everybody wrong. Nobody believes in us. Nobody really believes we're going to do anything right.’ And so for us, it was, ‘Let’s go prove everybody wrong and go make a statement.’ And obviously, they did.”

At 11:27 a.m., Texas State watched its name pop up on the jumbotron inside Strahan Arena as they received an at-large bid to play in the NCAA Stanford Regional, joining the No. 2 seed Cardinal, UC Santa Barbara and Binghamton. The Bobcats have played many of the teams in the tournament field including Texas, Texas A&M, Arizona, Coastal Carolina, Georgia Southern and Louisiana. Trout also mentioned how the loss a couple of days ago can help them in this setting.

“I think it's definitely going to help us. Sometimes you kind of need that punch in the gut to say, ‘We need to get back to it a little bit,’” Trout said. “Sometimes through that stretch, you win games without playing your best baseball, but you continue to win. That's why this team has been really good. You always take those as motivation. I'm kind of glad we got punched in the gut then and not this coming weekend.”

Senior closer Tristan Stivors mentioned the team’s tough path to get to this point and how it’s prepared them for the road ahead.

“I think it just prepares us to help see those types of arms be in that type of atmosphere,” Stivors said. “I mean, we have a bunch of young guys on our team that have never played against any competition like that before. I think getting those guys the reps and being in that atmosphere is huge for us because it'll put them out there and get them prepared for life situations like this, where we're going to have to go to Stanford and play the No. 2 seed in the nation. So I think that'll be very cool for us.”