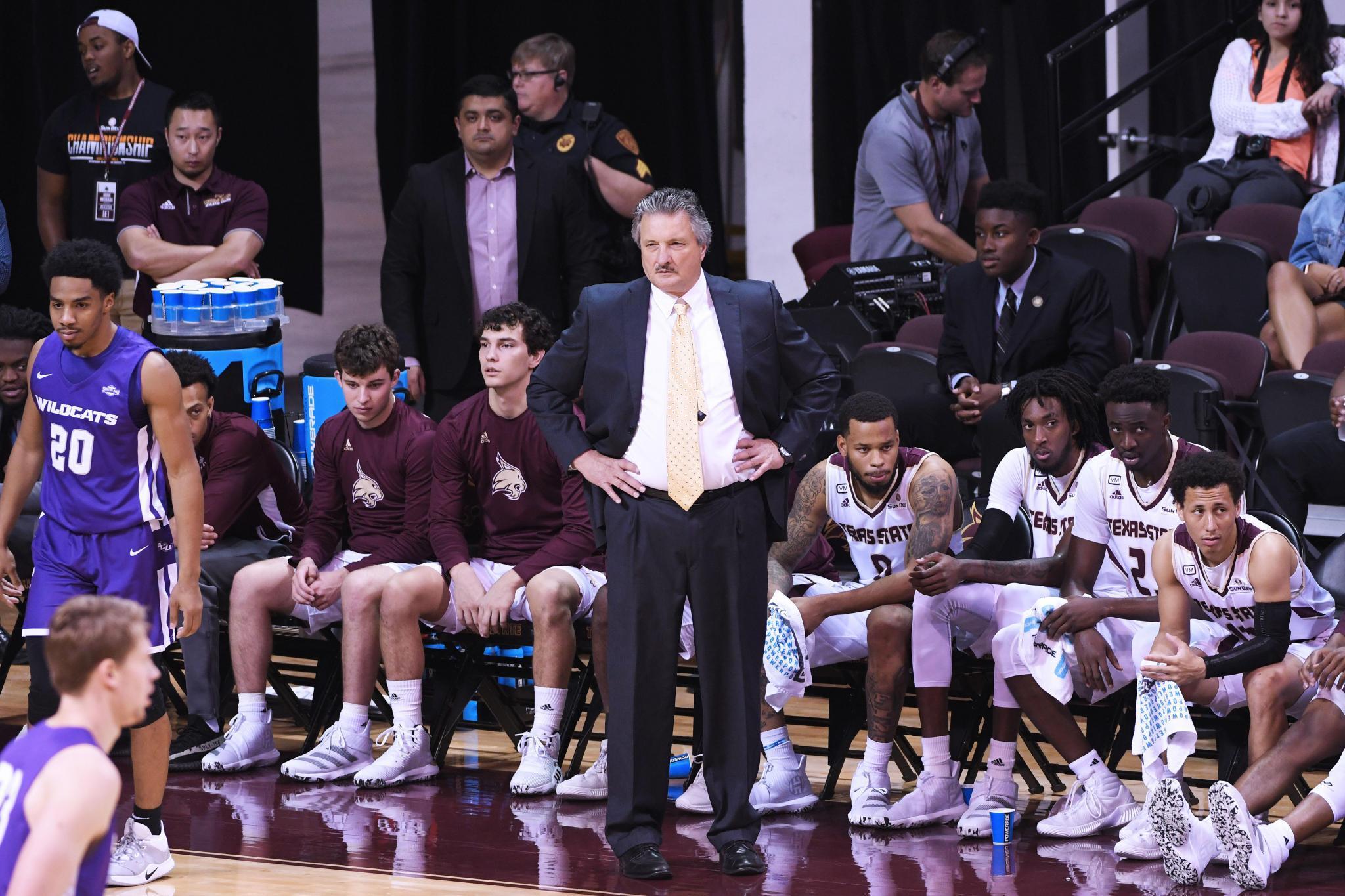 In a tweet on June 4, former starting point guard Jaylen Shead accused Kaspar of routinely making racially insensitive comments toward the players while Shead was on the team from 2017-19. Teis announced the next day the school’s Title IX department had launched an investigation into Shead’s claims.

“Dear, Dr. Teis,” Kaspar wrote. “I have been a head coach for 29 years with seven of them being at Texas State University. During that time, I have coached approximately 250-300 fine young athletes of whom were approximately 85% African-American.

“(Redacted). I firmly and fervently deny any suggestion—direct or otherwise—that I am a racist or harbor any animosity toward anyone stemming from their race. As with all human beings, I acknowledge there may be room for improvement; however, I hold only love in my heart for people of all races, colors, and creeds.

“I am close to retirement age and have recently received (redacted). As a result of (redacted) and my age, I have chosen to tender my resignation as the head men’s basketball coach from the university effective end of work day today, September 22, 2020.

“As I depart, I wish to express my love and respect for all players and managers I have worked with, their family members I have come to know, my assistant coaches, my supporters and boosters, and the various universities I have served. I wish each and every one of them the very best life can offer as I now turn my attention to (redacted) and enjoying my retirement years.

Texas State named former assistant Terrence Johnson as Kaspar’s replacement. The Bobcats are scheduled to begin the 2020-21 season on Nov. 25.