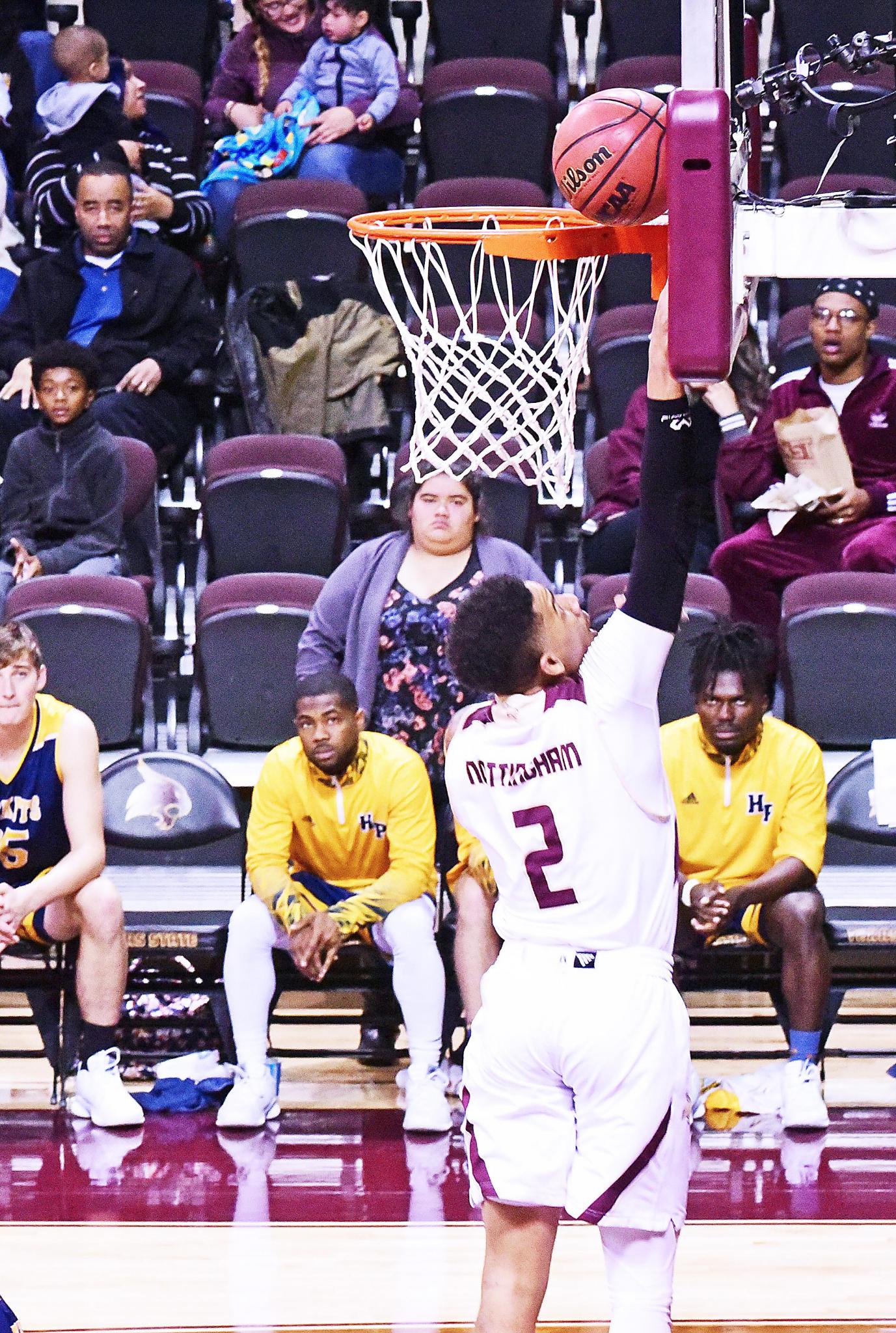 Texas State has started the season in historic fashion, but for the Bobcats that’s not enough.

“I wouldn’t say that we learned as much as we’ve proved,” said Pearson, who leads the Bobcats with 19.8 points per game. “Proved to each other, proved to ourselves that we’re as good as we think we are and we’ve got more proving to do because 11-2 don’t mean anything. I feel like if you’re not undefeated in preseason, or non-conference, it means nothing. So, 11-2, I mean, we lost two, now it’s just can we win a conference championship and that’s the goal. That’s the only goal on my mind right now.”

Texas State begins conference competition with a two-game homestand against Georgia Southern (8-5) on Thursday followed by Georgia State (9-4) on Saturday.

"With Sun Belt play here, the speed, the quickness and skill level increase, so does the pressure to win, head coach Danny Kaspar said.

“We’re at home and we’re playing, in some people’s minds, the two of the top three teams if not the top two teams,” Kaspar said. “Arguably, mid-major has us ranked No. 21, if someone would’ve put Georgia Southern or Georgia State in front of us I would not object to that. I just think they’re very good basketball teams.”

Kaspar called facing the Sun Belt’s two Georgia schools to begin conference play a huge test. Georgia State was picked to win the league and senior forward D’Marcus Simonds was picked as the preseason player of the year. Georgia Southern was selected to finish second in the conference. The Eagles have a talented trio of Tookie Brown, Ike Smith and Montae Glenn.

The Bobcats enter this weekend’s action ahead of both schools in the NCAA’s NET Ranking at No. 88, while Georgia State is at No. 111 and Georgia Southern ranks No. 139. The Panthers, however, are listed ahead of Texas State in KenPom’s rankings at No. 111 — The Bobcats are No. 123 and the Eagles fall in at No. 133.

Texas State meets Georgia Southern on Thursday at 7 p.m. inside Strahan Arena. The Bobcats have proven they can play well during non-conference, now they have to show it against two of toughest teams in the Sun Belt this weekend.

“This year’s team is a lot more together on and off the court,” senior guard Tre Nottingham said. “We click on other levels that other teams don’t. We all buy into the system right away. It’s given us the advantage going into every game, so we’ve just got to stay locked in and just continue getting ‘Ws’”