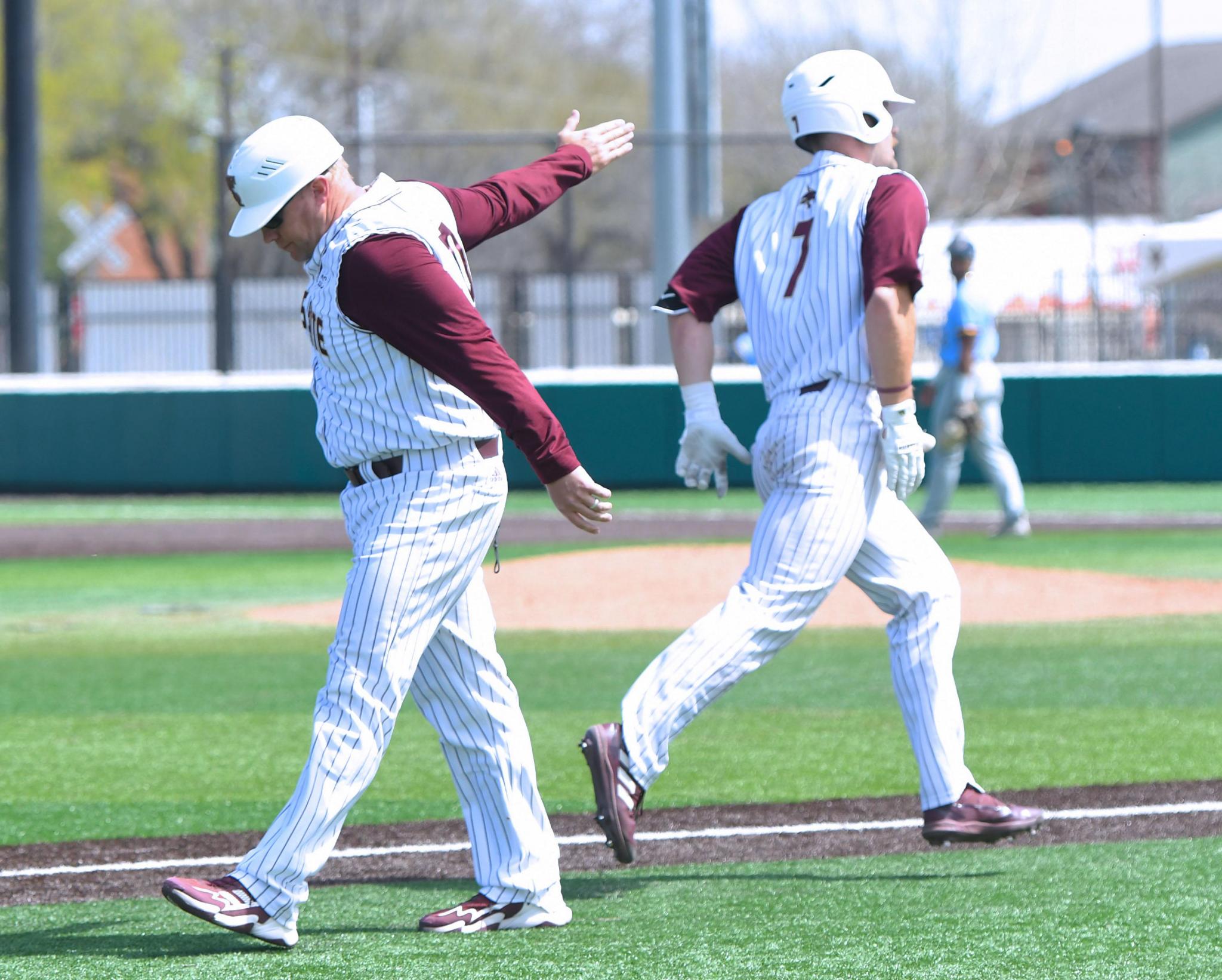 After a historic season at the helm for the Bobcats, head baseball coach Steven Trout signed a five-year contract extension with Texas State, announced by Director of Athletics Don Coryell on Wednesday.

“I want to thank Don Coryell, Bryan Dean, and all of the administration for believing in me,” Trout said in a statement. “I also want to thank my staff for all their hard work and time they put into our program to make it what it is.

“Lastly, I want to thank our amazing players for all they have done for Texas State. They are the ones that win the games and give everything they have to this program. I can't wait to see the stands packed in the spring and to see Slam Marcos in full effect!”

Trout became the leader of the maroon and gold after former longtime head coach Ty Harrington stepped down from his position after the 2019 season, taking over the program on July 1 of that year. Trout’s original contract, a copy of which the Daily Record obtained through an open records request, paid him $360,000 over the course of three years in addition to a $50 monthly cell phone allowance and several performance-based incentives, such as a $5,000 bonus for winning the Sun Belt regular season title, a $5,000 bonus for winning 40 or more games in a season and a $10,000 bonus for an at-large NCAA postseason appearance — all of which Trout accomplished this season.

According to his contract, #TXST head baseball coach Steven Trout picked up $5,000 bonuses for winning the #SunBelt regular season title and winning 40+ games, and a $10,000 bonus for the team's at-large NCAA bid

The contract is set to expire on June 30 @smdrsports pic.twitter.com/r6lVQTTw3f

His first year as head coach was cut short by the COVID-19 pandemic but Trout had Texas State off to a strong start, posting a 14-4 record in 2020 just before the start of Sun Belt play. The Bobcats struggled the next season, though, going 21-36 overall and 9-15 in conference play.

This year, Trout elevated the program to a new level. According to Perfect Game USA, his 2021 recruiting class ranked 37th in the nation, fourth in the state of Texas and No. 1 in the Sun Belt. The team had its winningest season in program history in 2022 with a 47-14 overall record and earned its second-ever Sun Belt regular season championship with a 26-4 record in conference play. Seven of his players were selected to the All-Sun Belt teams and Trout himself was voted the league’s Coach of the Year. Texas State received an at-large bid to the NCAA tournament for the first time since 2011 and reached the final round of the Palo Alto Regional before being eliminated by No. 2 overall seed Stanford.

“Not only did Coach Trout engineer the best year-to-year turnaround in NCAA history this season, but he did it with exemplary leadership and represented all of Texas State with class,” Coryell said in a statement. “The team never wavered throughout the season, and it is no surprise under Coach Trout's guidance that they achieved a Sun Belt Conference championship, had the best record in program history, and made a statement on the national stage in the NCAA Regionals. We are excited that he and his family have chosen to stay in San Marcos, and I truly believe he is only getting started in terms of what Texas State baseball can accomplish in the years to come.”

Trout’s original contract was set to expire on June 30, necessitating an extension. The terms of the head coach’s new deal have not yet been disclosed, aside from the length.

But the five years Trout’s signed on for will allow him to continue to shape the program as he sees fit — his 2022 class is currently ranked 84th in the country by Perfect Game USA.

“I couldn't be more excited to continue to be the head coach for Texas State baseball,” Trout stated. “After the record-breaking season, I am excited to carry this momentum into the seasons to come.”