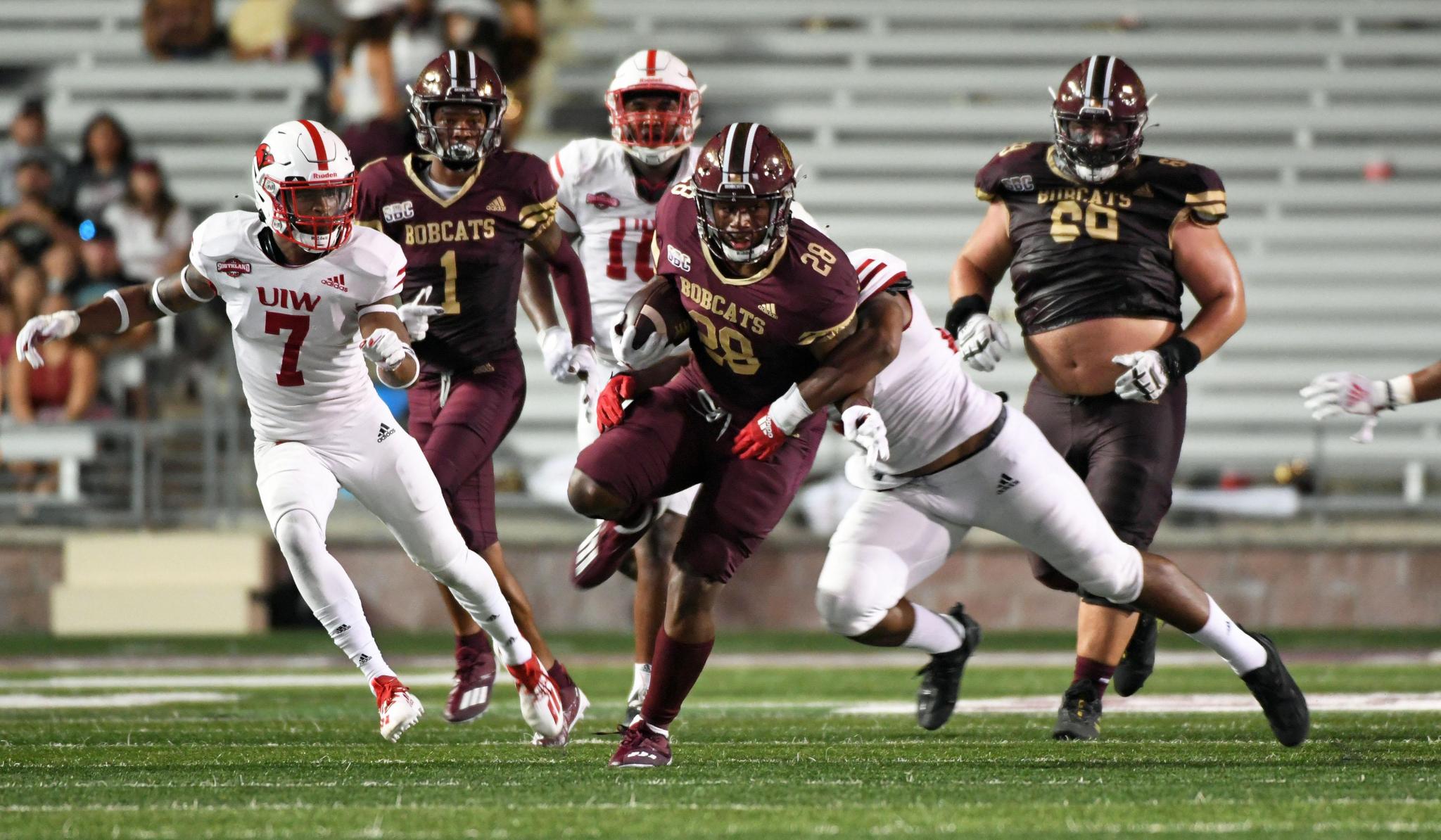 Texas State had advantages all over the field on Saturday.

And yet, none of it mattered when the final buzzer sounded. Texas State, coming off its first non-conference road win since 2016, accomplished another historic feat on Saturday: For the first time since making the leap to the FBS, the team lost to an FCS program, suffering a 42-34 defeat inside Bobcat Stadium.

“All credit to Incarnate Word, you know, I thought they outplayed us in all facets of the game,” Texas State head coach Jake Spavital said. “That's a tough loss for our program right there. You know, I thought the game was just a really sloppy game on our part. We had too many busted assignments, too many penalties, we couldn't get off the field on third down, we were struggling with playing behind the chains … That's completely on us in this game, you know, and we've got to be better.”

The maroon and gold did lose 25 players just days before the game due to what Spavital called “a mixture of COVID protocols and some injuries.” The inactive list included two team captains in senior defensive lineman Caeveon Patton and quarterback Tyler Vitt, as well as several other impact players such as senior outside linebacker London Harris, graduate defensive back Eric Sutton and junior tight end Tyler Huff. Starting sophomore nickelback DeJordan Mask was also ejected for targeting in the first quarter.

Spavital said that isn’t an excuse, though. The Bobcats handled the absences as well as they could, forcing a three-and-out on the opening drive of the game and scoring with their first possession on a one-yard touchdown rush by sophomore running back Jahmyl Jeter.

Sophomore Drake Johnson, filling in for Mask, forced a fumble in front of the Texas State goal line that was recovered in the end zone for a touchback by sophomore corner Chris Mills Jr. The turnover sparked an 11-play, 64-yard drive that ended with a 33-yard field goal by redshirt sophomore kicker Seth Keller, giving the hosts a 17-14 lead heading into halftime.

The Bobcats had multiple opportunities to win the game in the second half. They lost anyway.

“We came in here too confident after our first win. We can't do that,” junior wide receiver Chandler Speights said. “I mean, you come into it with a mentality like that, you're obviously going to get a slap in the face and you get surprised.”

The hosts had a chance to nearly put the game away in the fourth quarter. A four-yard touchdown pass from redshirt sophomore quarterback Brady McBride to junior wide receiver Marcell Barbee put Texas State ahead, 31-28, and a three-and-out by the defense gave the maroon and gold the ball back with 10 minutes remaining.

McBride rushed for seven yards on first down, but sophomore running back Brock Sturges coughed up the ball on the next play to give the Cardinals possession on the maroon and gold’s 30-yard line. UIW reached the goal line seven snaps later and never trailed again, taking the 42-34 upset.

McBride finished the night completing 25-of-41 passes for 278 yards and two touchdowns -- both scores going to Barbee, who tied with junior wideout Javen Banks for a team-high 54 receiving yards. Redshirt sophomore Calvin Hill led the Bobcats with 16 carries for 78 yards. Jeter finished the game with six rushes for 46 yards and two TDs.

The Bobcats will head to Ypsilanti, Michigan, next Saturday to take on Eastern Michigan at 1 p.m. Spavital said it will be an “interesting” week of practice with the number of players currently unavailable.

But he’s ready to move past the most frustrating loss on his head coaching record. After the game, Spavital entered a speechless locker room focused on the rest of the season.

“He told us that's all on us, which is true,” Speights said. “And when we come back next week, we gotta focus on the little details and small things that made us lose that game. And if we can correct that, we can win as many games as we want.”

“We've got to look ourselves in the mirror and move forward. And we gotta, we gotta get back to work, we gotta improve in all facets. Everybody does,” Spavital said. “I think it is an embarrassing loss. But the way I look at things is, you know, like, we gotta be better. And how do we correct it?”