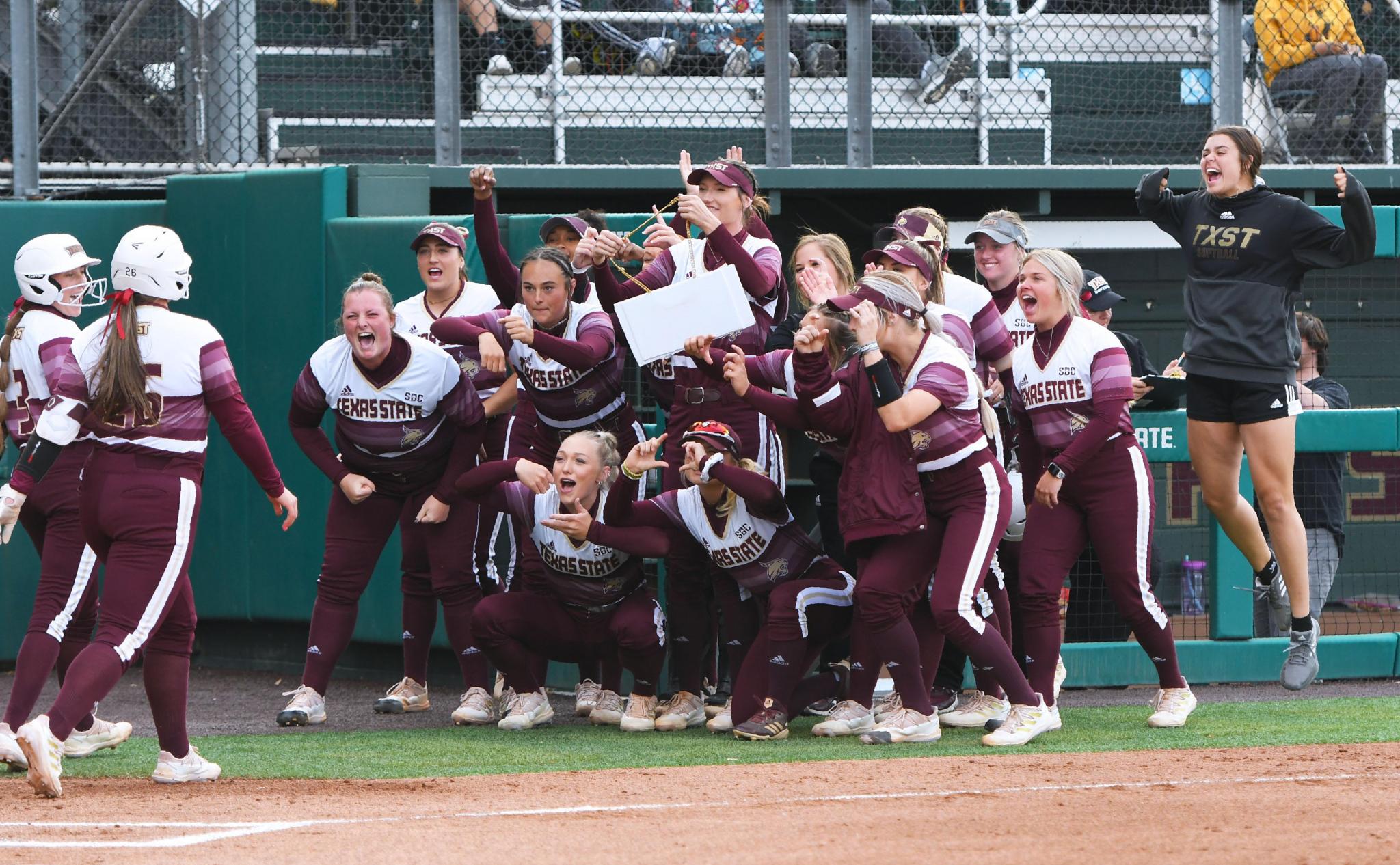 The Bobcats picked up a win over I-35 rival UTSA on the road Wednesday, 5-3, clinching the season-long series.

“I think any time you can get 10 hits in a ball game, especially a mid-week game, that’s a plus,” head coach Ricci Woodard said in a statement. “We just didn’t capitalize on some situations like we needed to — once again — so we need to keep getting key hits with runners in scoring position. But otherwise, offensively, I thought we did a pretty good job tonight.”

Texas State (18-13, 5-4 Sun Belt) began the night picking up a pair of runs. Senior outfielder Kylie George singled up the middle, then stole second base. Sophomore outfielder Anna Jones drove her home with another single and advanced to second base on the throw. Senior catcher Caitlyn Rogers followed it up with another base hit, plating Jones.

Freshman right-handed pitcher Presley Glende kept the Roadrunners (9-18, 3-3 Conference USA) in check through the first two innings, never surrendering a hit, but began to fade a bit in the third, allowing three walks to load the bases with just one out. Sophomore RHP Karsen Pierce relieved her in the circle. A wild pitch allowed the runner on third to score and the other two runners to advance a base. A fielding error let the other two runners cross the dish, giving UTSA its first lead, 3-2.

The edge didn’t last long, though. Sophomore second baseman Claire Ginder led off the top of the fourth with a base hit up the middle. Sophomore outfielder Piper Randolph hit into a fielder’s choice, replacing Ginder at first. Sophomore shortstop Hannah Earls singled to right field, moving Randolph to second. Junior third baseman Sara Vanderford batted in both runners with a double down the left field line, putting the Bobcats back in front, 4-3.

Pierce struck out the side in the bottom of the fourth, but an error and a single in the bottom of the fifth allowed the hosts to get two on base. Sophomore right-hander Jessica Mullins took over for Pierce and fanned the first two batters she saw. She allowed a walk that loaded the bases for the Roadrunners but earned a strikeout in the final at-bat of the inning to retire the side.

An RBI double from senior first baseman Samara Lagway added an insurance run in the seventh for the visitors and Mullins sat UTSA down in order in the final frame to take the 5-3 victory. Pierce (4-2) was credited with the win and Mullins received her second save of the year. It was the second game in a row in which Texas State connected for 10 hits.

The maroon and gold will host reigning Sun Belt champion Louisiana (21-8, 7-2) this weekend for a three-game series, beginning Friday at 6 p.m. inside Bobcat Softball Stadium.