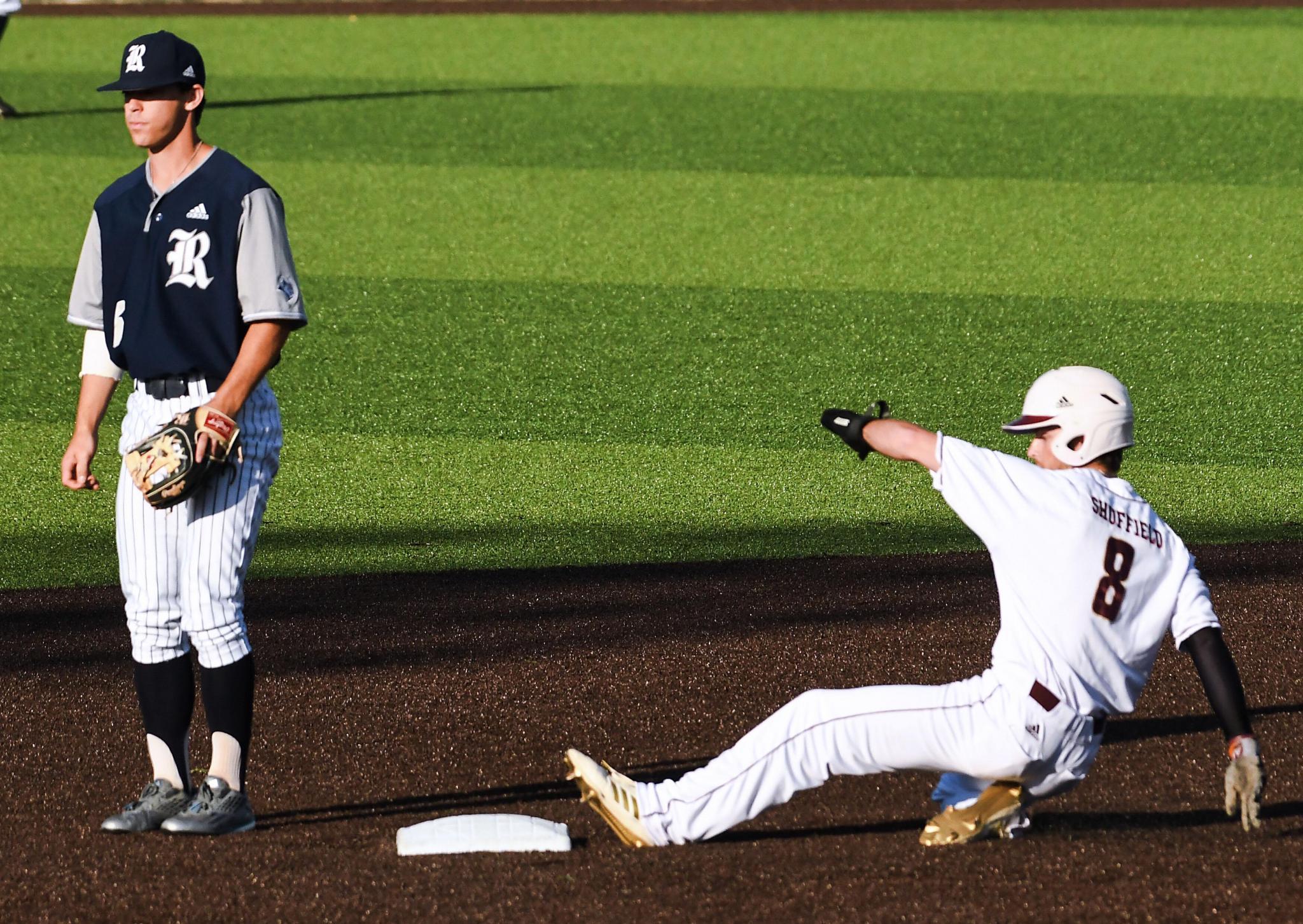 Junior shortstop Dalton Shuffield blasted a ball over the left field fence of Historic Memorial Sanford Stadium in Sanford, Florida during the top of the sixth inning of the Florida Collegiate Summer League (FCSL) All-Star Game on Sunday.

“Put that ball in an Italian river boat because it is gondola!” radio announcer Bryce Koon shouted over the broadcast of the game.

Shuffield, playing for the West All-Stars, rounded the bases, as did Swarthmore College senior first baseman Cole Beeker, tying the game at 2-2. However, the East All-Stars scored three more runs in the final two frames to take the 5-2 win.

The shortstop finished the game batting 1-4 and was one of six players on the team to register a hit. Shuffield’s spent the summer with the Winter Garden Squeeze in Minneola, Florida, where he’s led the FCSL with a .388 batting average. He’s been joined by his Bobcat teammates, junior first baseman Wesley Faison and redshirt sophomore right-handed pitcher Matthew Nichols.

Faison’s batted .300 in 70 trips at the plate this year, with a .500 slugging percentage that ranks eighth in the league. He was also selected to the West All-Star team and went 0-4 in the loss.

Nichols has made seven appearances at the mound, including two starts. He holds an 0-3 record with a 9.15 ERA, but has struck out 21 and picked up two saves in 19.2 innings of work.

The Winter Garden Squeeze sit in last place in the standings with a 4-19 record. They still have 16 games remaining on the schedule, beginning with the Winter Park Diamond Dawgs on Wednesday at 7 p.m. in Orlando.