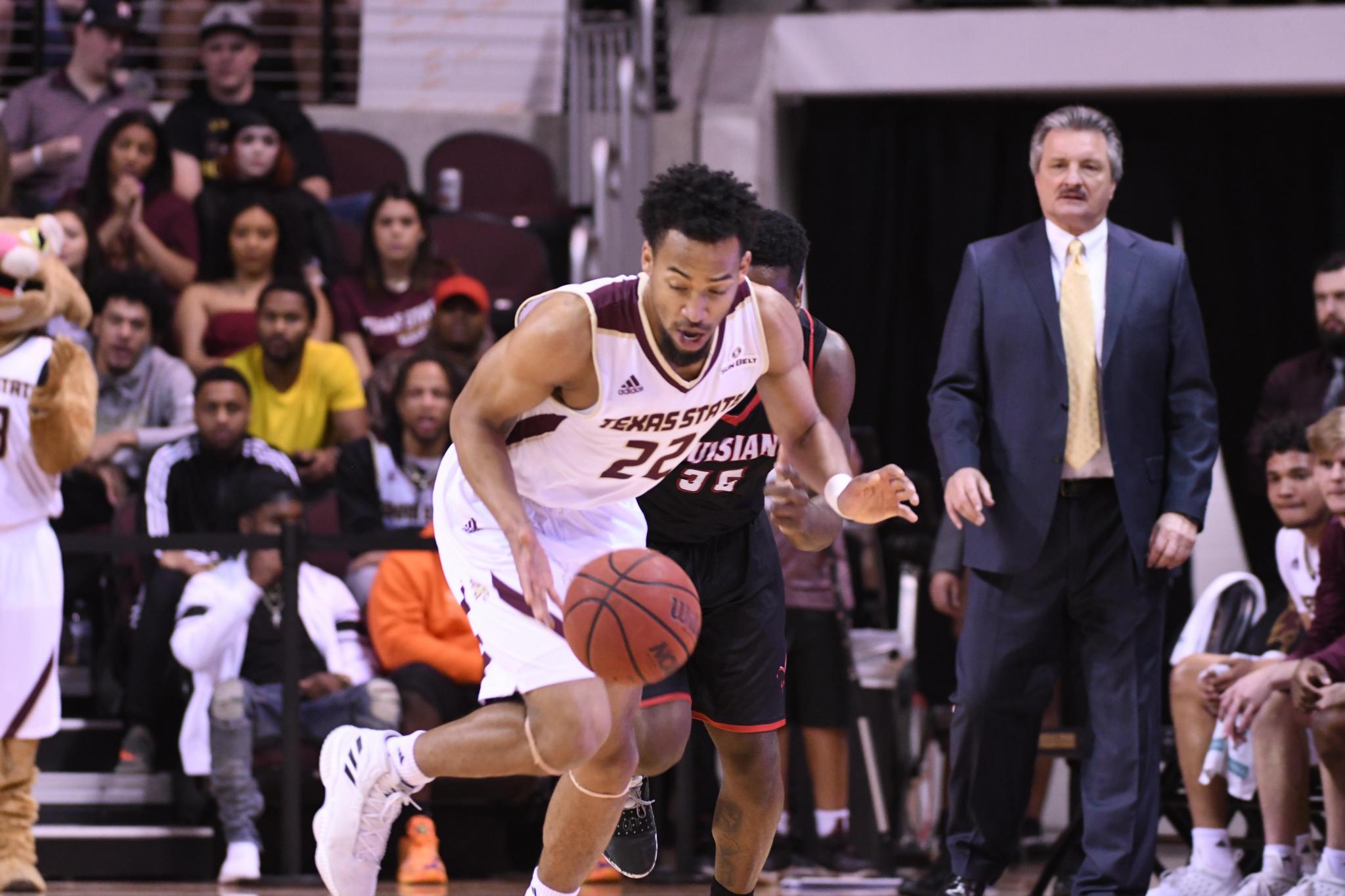 He thought his team was a top four or three team. But after he saw the Bobcats play in a handful games, he quickly changed his tune. He believed this is a team that can win the conference crown.

On Saturday, Texas State can claim its first conference championship since 1997 with a win over UT Arlington.

“By Thanksgiving, I was thinking this team can win it,” Kaspar said. “Whereas before I was thinking the other year (2016-17) when we finished tied for third, I felt like we could be that kind of team. But after four, five, six games, I thought this team could win it.”

Texas State fell into a precarious position after dropping last Saturday’s game against South Alabama. The Bobcats dropped from sole possession of first place into a three-way tie with Georgia State and Georgia Southern. Texas State needs a win to secure at least a share of the Sun Belt title and a top two seed in the conference tournament, which carries a bye into the semifinals. A loss drops the Bobcats to at best third and at worst fourth.

Junior guard Nijal Pearson said Texas State is excited for the challenge in front of it.

“I’ll tell you if you would’ve said the last game of the season, you get to play to be a co-conference champion with either Georgia Southern or Georgia State and you’ve got to win the game against UTA, I would’ve said let’s do it,” Pearson said. “At the end of the day, of course, we wanted to be outright champions by ourselves but things didn’t work out that way but we’ve still got a chance to be champions. I’m excited for the opportunity. I’m grateful for it. I’m just ready to compete.”

Kaspar said the Bobcats will need to play better defense to win Saturday’s game. After suffering three-straight losses to the Mavericks, senior forward Alex Peacock wants to win one against UTA.

“I still think about the two games against UTA last year,” Peacock said. “It’s UTA. There’s no love lost with UTA because they’re our rival. Every game, they’ve beaten me the last three times I’ve played them. And one game it was my fault, so I carry that a lot. I got to beat UTA one time before I get out of here.”

Saturday’s game tips off at 2 p.m. inside the College Park Center in Arlington. The Bobcats know they’ll have to be at their best to defeat the Mavericks and earn their first conference title in 22 years.