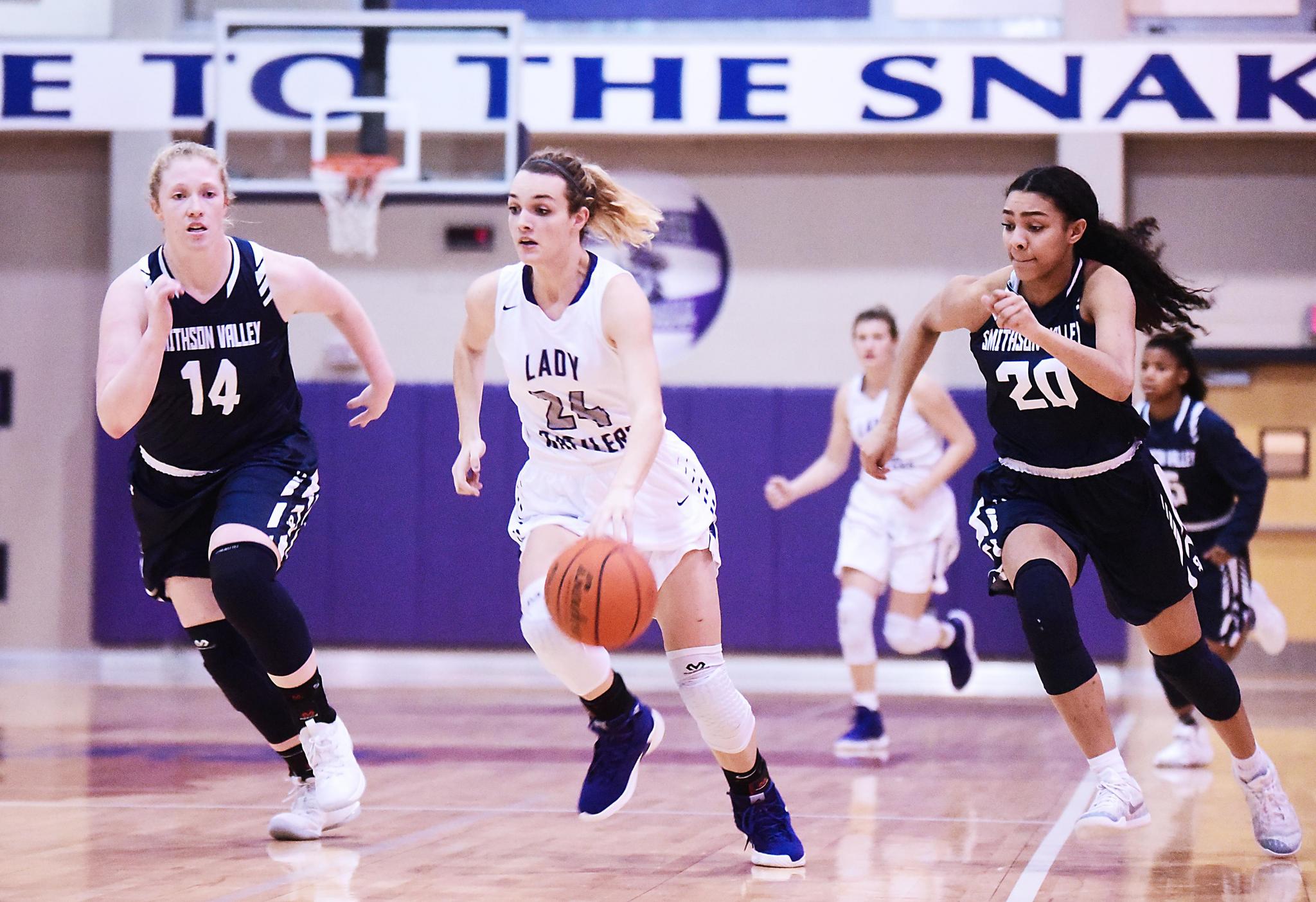 Sophomore Faith Phillips was voted to the All-District first team. Phillips led San Marcos with 10 points per game and cracked 500 career points and rebounds this season, her second year with the team.

Junior wing Miranda Lamb and junior center Grace Latham were both second-team selections. Lamb was second on the team in scoring with nine points per game and was a stifling perimeter defender, averaging two steals. Latham was the Lady Rattlers’ second leading rebounder, averaging seven to go along with her seven points per game.

The trio helped San Marcos to a 20-17 overall record, including a 4-10 record in district.