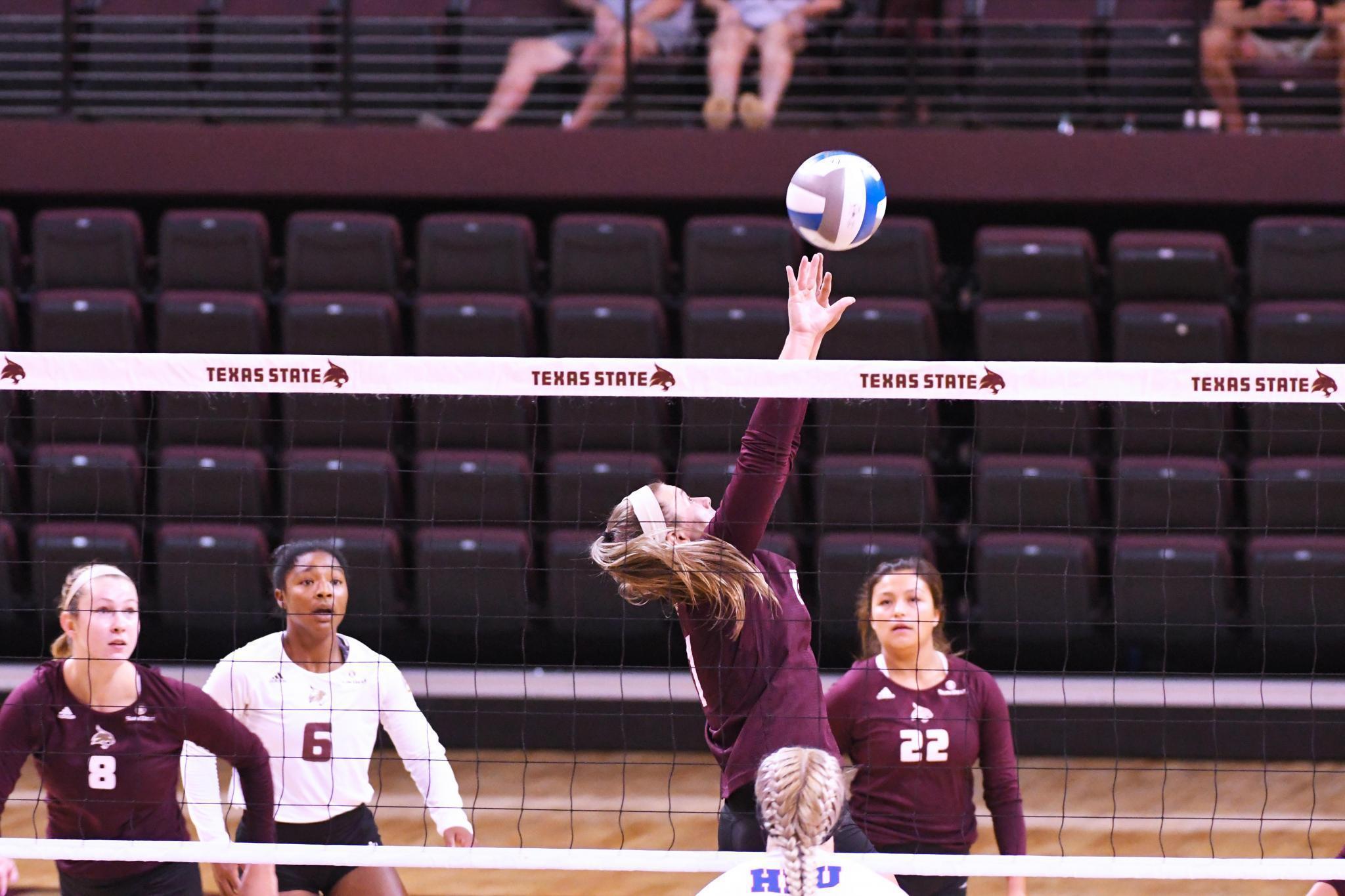 Texas State setter Emily DeWalt made history Tuesday, becoming the first student-athlete in Sun Belt history to earn the league’s setter of the week honor for the 20th time.

DeWalt, a graduate student, helped the Bobcat offense hit 349 and recorded 14.30 kills per set (143 kills in 10 sets played) in three matches over the weekend. Tuesday’s honor marked DeWalt’s second Sun Belt Setter of the Week accolade over the course of the season’s brief three weeks.

“For Emily to reach 20 career Sun Belt Setter of the Week awards, I believe, speaks volumes about not only her consistent level of play, but also our program as a whole,” Texas State volleyball head coach Sean Huiet said in a statement. “She continues to do an outstanding job of directing our team on the court week in and week out and last week as just another example of the player she is as our offense finished a match, with her directing traffic, with its highest attack percentage since Sept. 24, 2017. She continues to keep raising the bar every time we take the court.”

For the third consecutive weekend, DeWalt, who was one of three Texas State student-athletes to be named to the Bobcat Invitational All-Tournament Team, surpassed 100 assists during her time on the court as she tallied 101 assists and a 10.10 assists per set mark, while recording a .476 set percentage.

In Texas State’s match against Wake Forest, DeWalt directed an offense that hit .461 in a three-set win over the Demon Deacons en route to finishing the match with 36 assists. She also finished the match with 14 digs for a double-double against Wake Forest. She opened the weekend with a 36-assist, three-set match against Sam Houston. Against Ole Miss, she was credited with 29 assists.

For the weekend, she added eight kills, three service aces, 23 digs and three total blocks. On the season, DeWalt ranks second in the Sun Belt and 45th nationally in assists per set with 10.20.