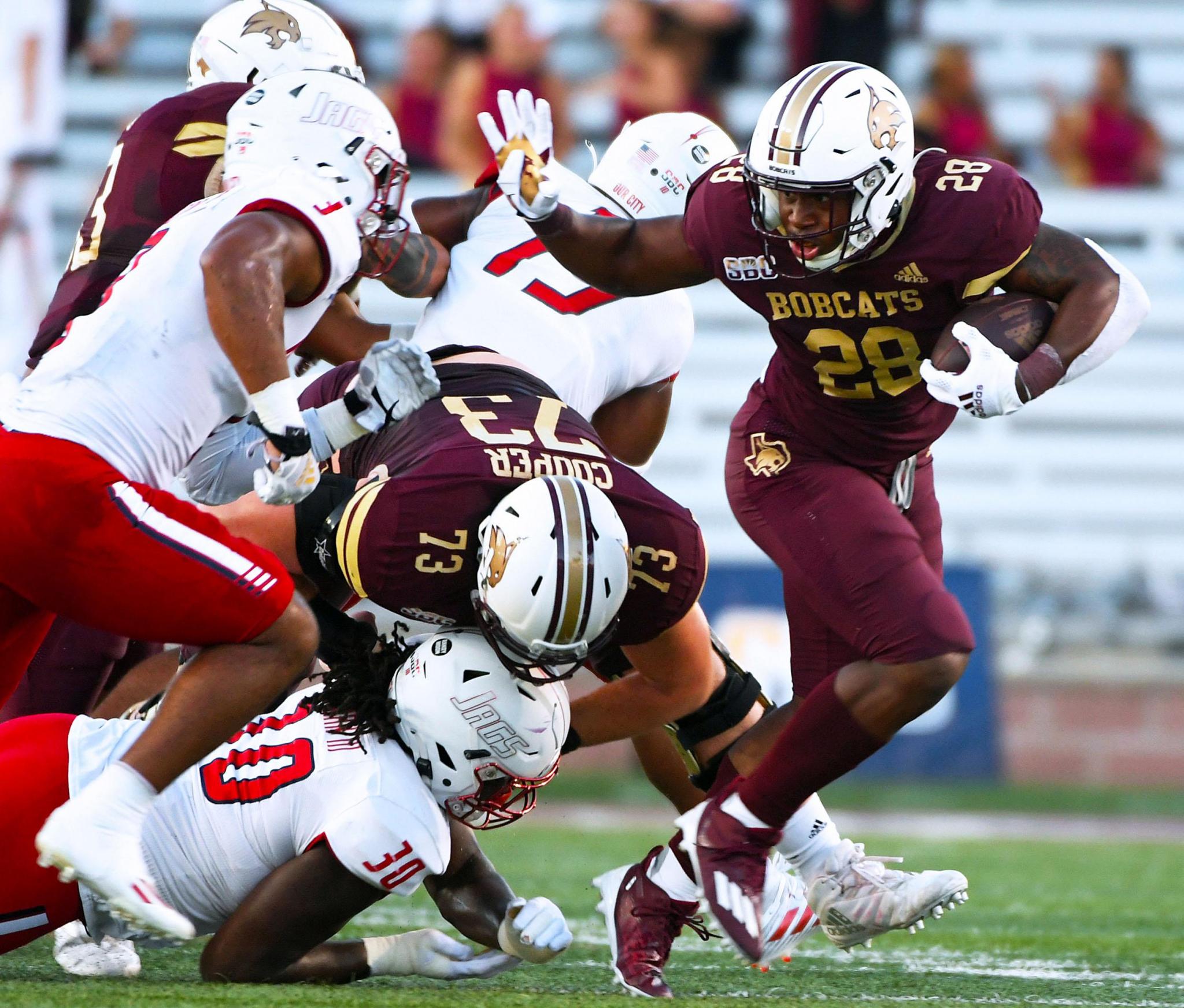 The Bobcats travel to Mobile, Al., to face South Alabama in their final road trip of the season.

The Jaguars will look to continue to build their program in 2022 under second-year head coach Kane Wommack. South Alabama is coming off a 5-7 overall record and a 2-6 finish in Sun Belt play. The maroon and gold won their matchup with the Jaguars in a 33-31 thriller that went to quadruple-overtime inside Bobcat Stadium.

The Jags and ‘Cats have faced off seven times in their history dating back to 2013. Texas State holds a 4-3 advantage in the matchups. The Bobcats will look to create a winning streak and build on their lead in 2022.

Quarterback will be a burning question for South Alabama on offense. Either fifth-year senior Toledo transfer Carter Bradley or veteran fifth-year junior Desmond Trotter will take snaps for the Jaguars. The next big question is replacing Tolbert — who was drafted by the Dallas Cowboys in the third round — at receiver. South Alabama does return two starters at wideout in sophomore Caullin Lacy and senior Jalen Wayne who combined for 94 receptions, 921 yards and two touchdowns during 2021.

The Jaguar defense will look to take another jump towards Wommack’s standards in year two of his tenure. The Jags’ quietly had one of the better defenses in the FBS by the numbers in 2021, placing eighth in success rate allowed, 14th in touchdowns allowed per drive and 19th in yards per play per ESPN’s Bill Connelly. The defense returns seven starters and brings in eight power-conference transfers. Some returning names to watch include the sophomore tandem of defensive tackle Wy’Kevious Thomas and safety Yam Banks.

Connelly’s SP+ projections have South Alabama winning 5.7 games on average and 4.0 in conference play, giving ULM a 56% chance to make a bowl game. The Jaguars rank 107th overall in the FBS, 11 spots ahead of Texas State at No. 118. South Alabama will host the maroon and gold inside Hancock Whitley Stadium in the ‘Cats’ final road game of the season on Nov. 12.