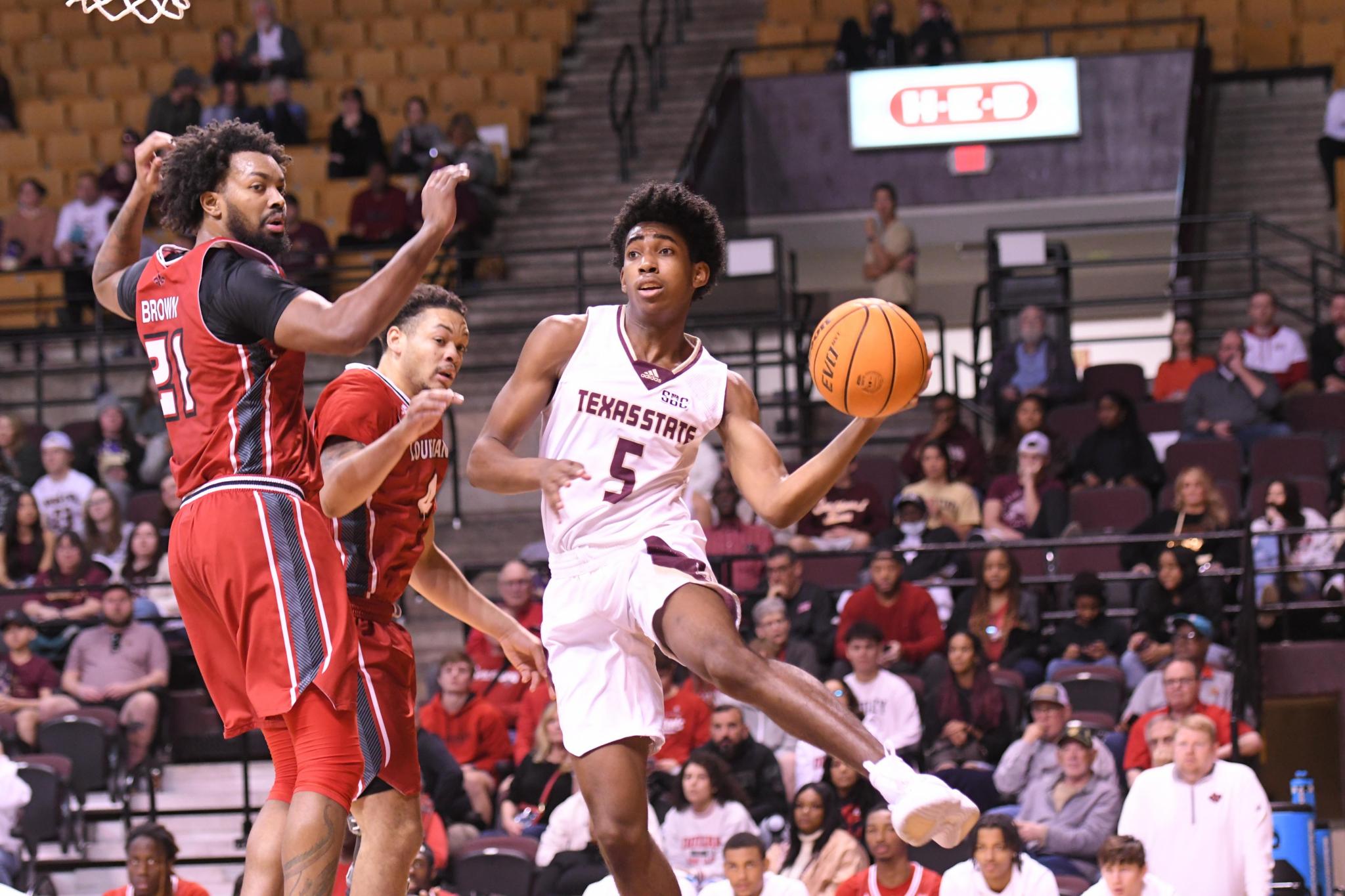 Texas State’s losing streak hit three games Saturday as the Bobcats fell to the Louisiana Ragin’ Cajuns in a 60-51 loss.

After a difficult loss to Marshall in the Bobcats previous game, head coach Terrence Johnson saw his team still reeling from the defeat.

“One of the things we struggled with today was believing,” Johnson said. “I saw a group of guys that, in my opinion, hadn’t gotten over Thursday. It’s not many times that we carry that level of baggage. We have to play with a little bit more passion, a light bit more fight and believe in whoever is in the lineup.”

One the keys to Louisiana winning was taking advantage of Texas State’s turnovers.

The Bobcats had 14 turnovers in the game which led to 13 points for the Cajuns in the win.

“Credit to Coach Marlin and Louisiana,” Johnson said. “They traveled yesterday and came in here today and did what they needed to do to come out victorious. We need to figure out a way to bounce back, flush it and get back to trying to win the day.”

“They took advantage of our mistakes,” Johnson said. “That’s what good teams do.”

Another problem the Bobcats faced was the injury of senior guard Mason Harrell.

After not playing against the Herd on Thursday in the second half, Harrell was not suited up against Louisiana.

Despite not being on the court, Harrell presence on the bench and influence on the team can still be felt according to senior guard Tyrell Morgan.

“With Mason being a veteran, he is still trying to coach everyone up,” Morgan said. “We have to work around him while he is not playing and still try to play together. We are trying to play hard just like he would.”

With Harrell being out of the lineup, one of the younger players has started to shine through.

One of the bright spots for Texas State has been the emergence of freshman guard Jordan Mason.

After posting 10 points against Marshall, Mason had a career night scoring a personal best of 19 points and seven rebounds.

“We just have to learn to adjust,” Mason said. “Our teammates and coaches have put confidence in us. When they trust us, it makes it easier to play for free.”

For Johnson, Mason success is contributed to a number of factors.

“The more you put on him, the more he achieves,” Johnson said. “He is starting to figure it out. It’s a process and he is doing a really good job of staying humble and hungry. He is ready when his number is called even if he is not perfect. He does the things we ask him to do.”

Texas State will look for its first home win since late December as it hosts Georgia Southern Thursday night inside Strahan Arena at 7 p.m.