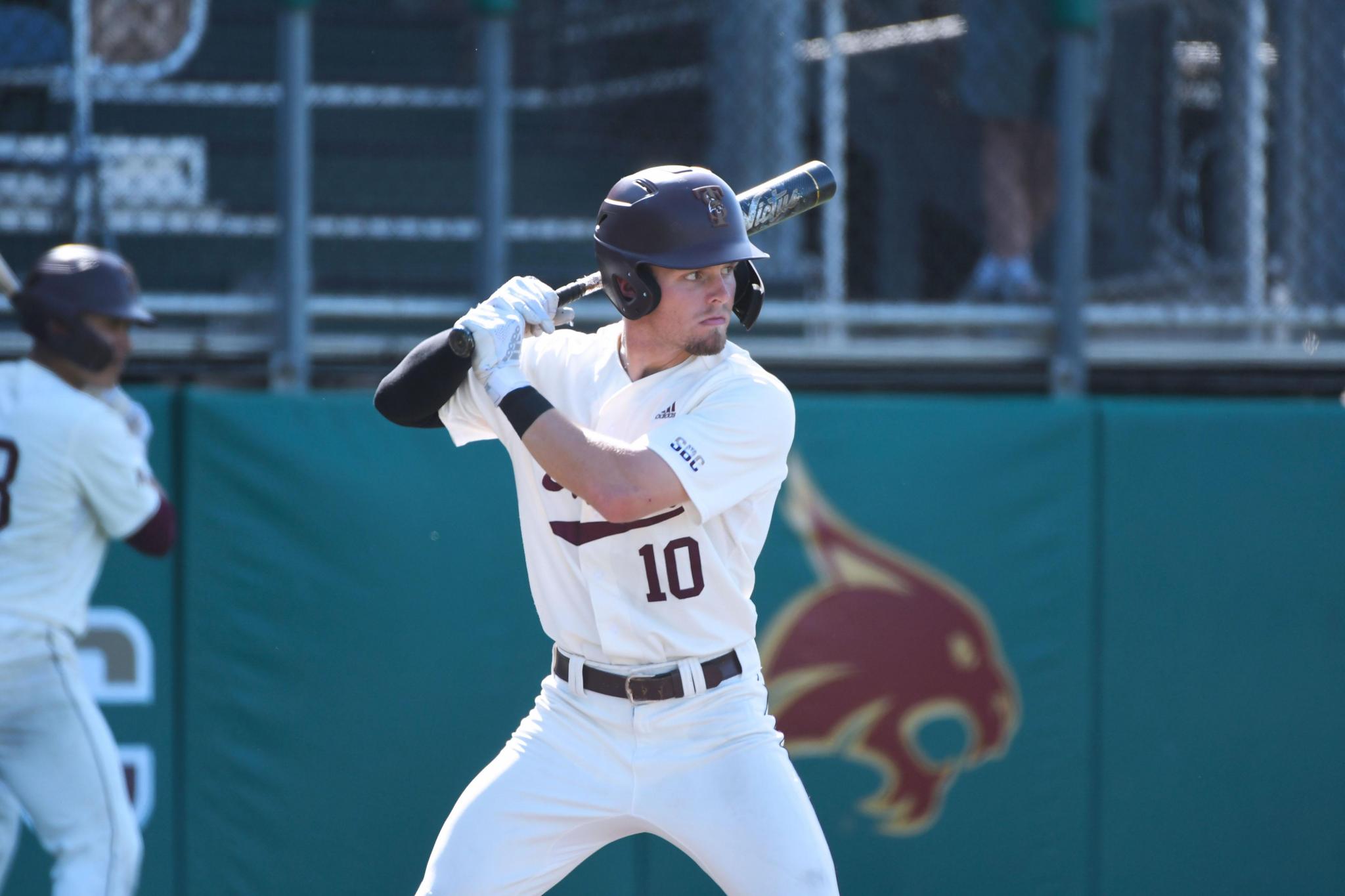 Texas State fell to Texas A&M on the road on Tuesday, suffering an 8-4 loss in College Station.

The Bobcats didn’t struggle to keep up with the Aggies (17-11, 4-5 SEC) at the plate, swinging for eight hits to the hosts’ nine, but committed three fielding errors that Texas A&M took advantage of.

The Aggies began the bottom of the first inning with a run, but the visitors got one back in the top of the second. Freshman first baseman Daylan Pena led the frame off with a base hit and senior second baseman Cameron Gibbon double down the first baseline to drive him in.

The maroon and gold wouldn’t score another run until the eighth, allowing Texas A&M to jump ahead, 8-1. Pena finally broke the scoreless streak, swinging for a double down the third baseline and getting sent home by a double from junior pinch hitter Jose Gonzalez.

Still, Texas State needed to rally for six runs in the top of the ninth to keep the game going. Redshirt sophomore August Ramirez came in to pinch-hit and was hit by a pitch in the first plate appearance of the frame. Senior outfielder Ben McClain followed it up with a single to left field, putting two runners on. Senior outfielder John Wuthrich hit into a fielder’s choice two at-bats later, with Wuthrich reaching first, McClain out at second and Ramirez advancing to third, then taking home on a throwing error.