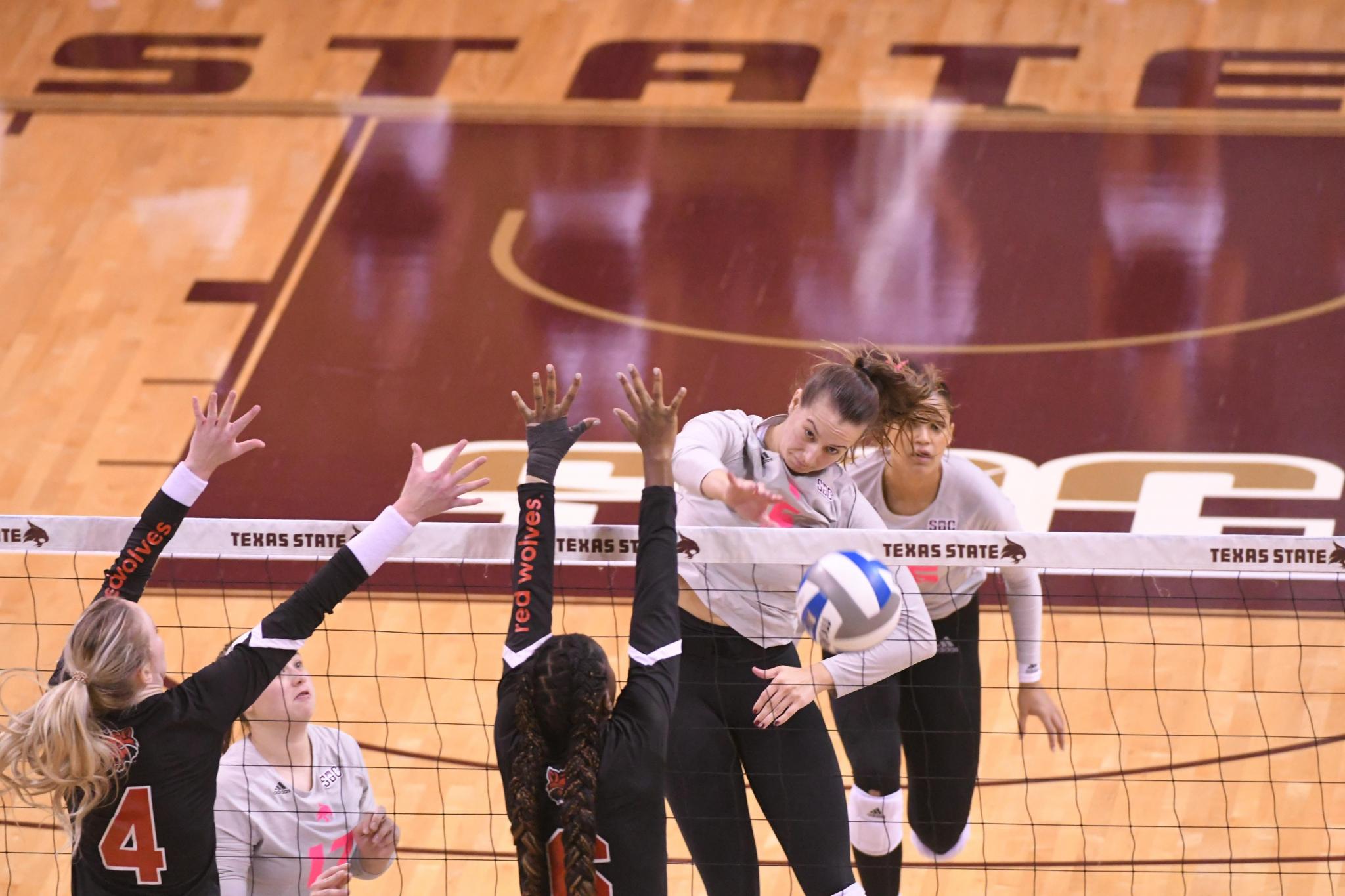 For the 10th straight year, Texas State will advance to the Sun Belt Volleyball Tournament semifinals following a 3-1 (25-18, 24-26, 25-20, 25-14) win over the Louisiana Ragin’ Cajuns in the tournament quarterfinals

The long break between matches for Texas State was noticeable as the Bobcats took awhile to get into a rhythm, which was something head coach Sean Huiet noticed as the team started.

“You know, it’s always nice to have the double-bye while everyone else is playing,” Huiet said. “But this tournament started on Wednesday with 14 teams and it’s Friday night and we just played our first match and only five teams are here. The rest is good for our bodies, but, unfortunately, it could take a little bit to get going and build your confidence.”

One of the big contributions was the Bobcats passing that helped Louisiana stay in the game.

But it was the leadership of graduate senior Emily DeWalt that pushed the Bobcats over their offensive problems.

“Tonight wasn’t our best passing performance,” Huiet said. “But I thought Emily [DeWalt] did a great job directing the offense. I told the girls after the match that having four players with double-figure kills is a great way to start the tournament.”

Middle Blocker Tessa Marshall, who finished the game with 10 kills, saw that DeWalt kept the Ragin’ Cajuns consistently on their toes which allowed the other Bobcats to collect the kill.

“Emily [DeWalt] was just really good at splitting up the offense for hitters tonight,” Marshall said. “I feel she tripped up [Louisiana’s]blockers. Their blockers were really focused on our outside [hitters] and we weren’t passing amazingly, but Emily was still doing a great job at leading the offense and I was just having a hay day, I guess.”

Texas State returned to the court after press time with a Saturday night matchup against the rival South Alabama Jaguars.