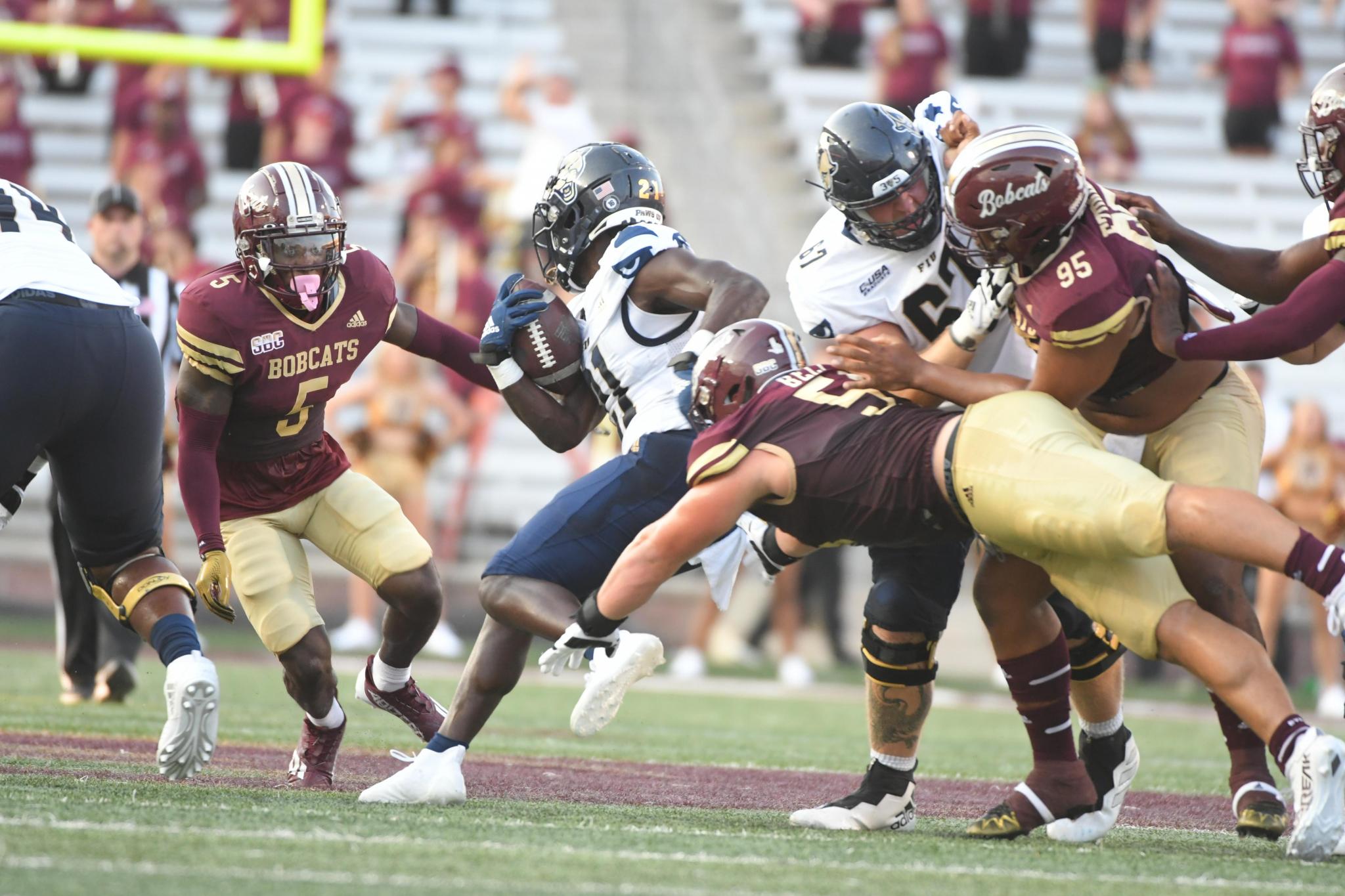 Texas State travels to take on Baylor on Saturday where the defense expects a physical battle. Above, the Bobcat defense holds strong against Florida International on Sept. 10 at Bobcat Stadium. Daily Record photo by Gerald Castillo

If Texas State’s mantra this season is “keep swinging,” then the Bobcats know they’ll have to deliver a haymaker when they face Baylor on Saturday.

Texas State (1-1) travels to Waco to take on the Bears (1-1) in a game that head coach Jake Spavital and his team expect to be physical.

The Bobcats are coming off a bounce back victory over Florida International, 41-12, following their season-opening loss to Nevada. Meanwhile, Baylor looks to rebound from an overtime loss to BYU.

Texas State knows the Bears will rely on their running game to set the tone Saturday. Baylor possesses the No. 33 running game in the country, averaging 4.42 yards per run and 205.5 yards per game. The Bobcats, however, have effectively stopped the run so far this year as the No. 34 best run defense, holding teams to just 2.95 yards per carry.

“It’s going to be a good task,” Zac Spavital said. “I’m really excited for our guys just because I think it’ll really establish where we are up front and how well we can physically play the run. And then, it’ll test our depth because this is a game where, if you don’t get off the field on third down — which is going to be key — you get those seven, eight play drives, they just kind of lean on you. They lay on you. Those big bodies of theirs will really test our toughness, our physical endurance. Hopefully, we’ll be up for the challenge.” 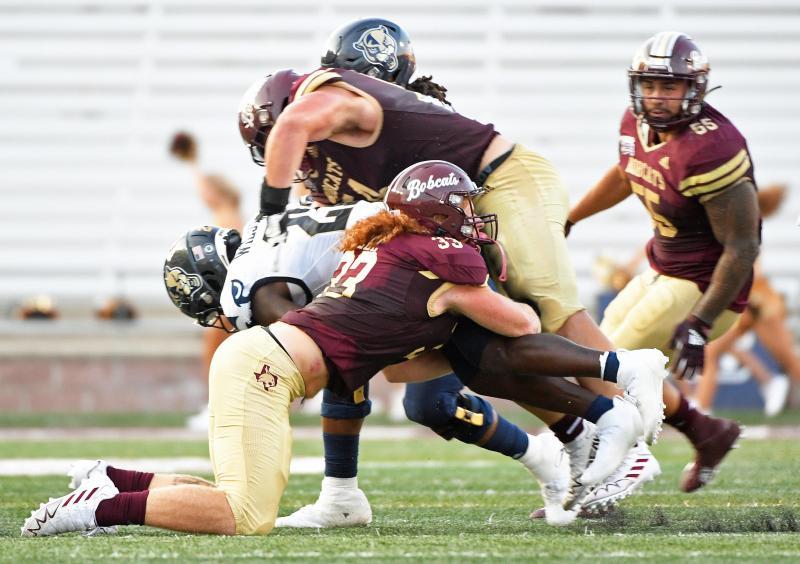 Above, Texas State’s defense tackles a Flordia Internation ball carrier during the Bobcats’ 41-12 victory over the Panthers. Daily Record photo by Gerald Castillo

Coming off a week where the Sun Belt tallied multiple wins over Power 5 conference teams, including Appalachian State’s upset of then-No. 6 Texas A&M, Marshall’s win over then-No. 8 Notre Dame and Georgia Southern’s victory over Nebraska, the Bobcats understand that it’s more important to focus on one game at a time than dwell on its conference adversaries’ accomplishments.

“[Baylor] approaches every game the same,” Jake Spavital said. “We approach every game the same. It’s kind of that coaching cliche, you know, that ‘one game at a time.’ But it really is true because you can’t take anything for granted in today’s time. Especially even player driven too, if they go through the motions that’s when injuries occur, that’s when bad things start to happen. We coached these kids up today like it’s any other team. I know Baylor is probably doing the same thing.”