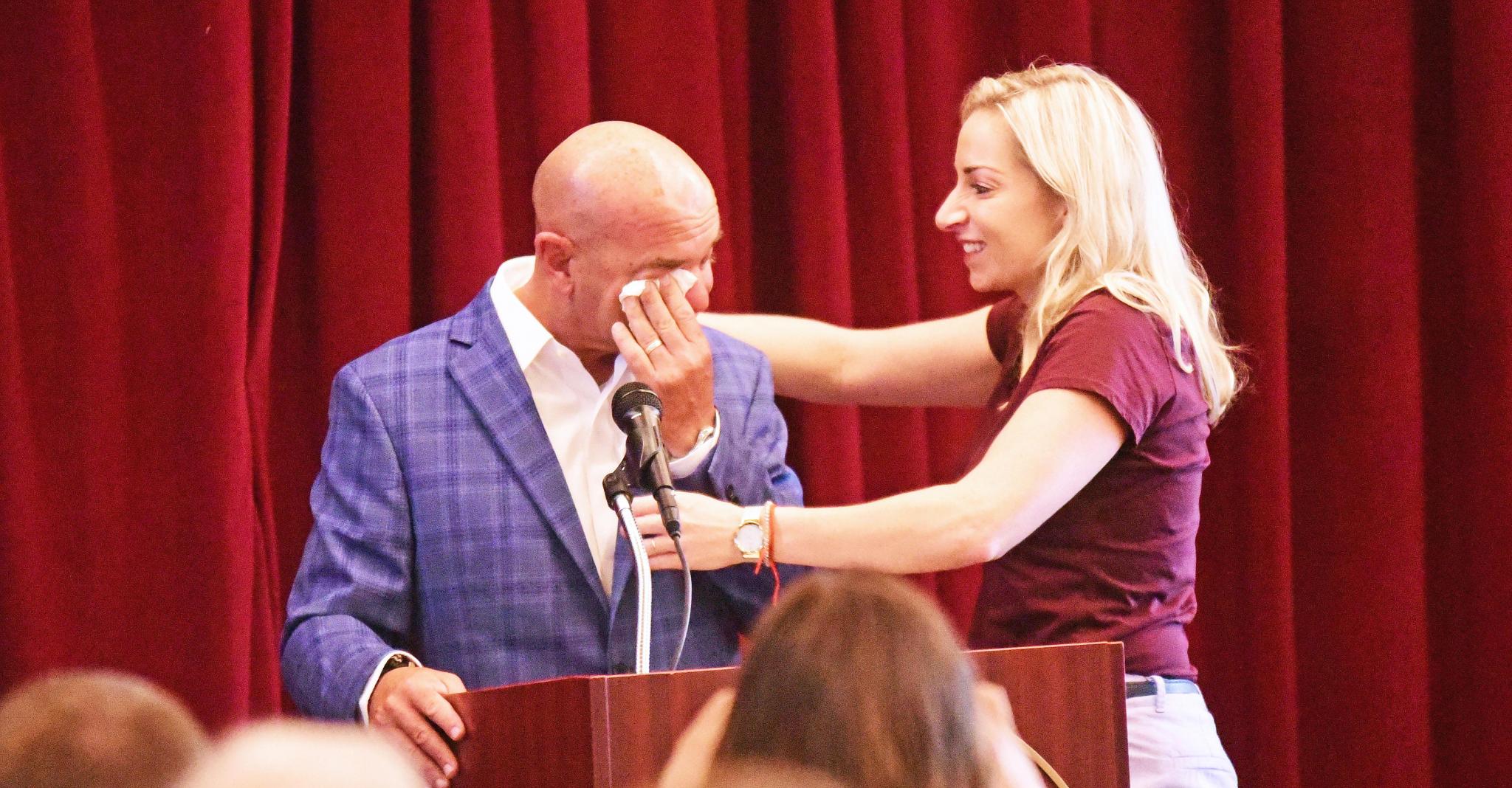 Ty Harrington picks his own ending at Texas State

Ty Harrington did not want to answer his phone.

It rang off the hook all day Wednesday. Old friends, old players and old teammates all calling to congratulate the head coach. But there was one person who hadn't called yet. Until he did.

At 10:30 p.m., Harrington’s phone rang one more time. It was Cliff Gustafson, his former college coach at Texas from 1984-87. Harrington was hesitant to answer. Telling Gustafson would make Harrington’s decision all the more real.

He picked up the phone anyway.

“I heard that,” Gustafson replied. “I always just thought you were a baseball coach.”

Gustafoson wasn’t wrong for thinking that. Most people probably thought of Harrington as a baseball coach, too. Harrington had only worked two jobs in his life. The first was a paper route for the Waco Tribune-Herald, waking up at 4:30 a.m. everyday for six years to deliver the daily news.

He was hired for the second before his playing days were even over. Gustafson brought Harrington, then a senior infielder for the Longhorns, into his office in the fall of 1986. Most fall meetings with the coach involved breaking down film and discussing ways to get better. Harrington wanted to talk about something else, though.

“Coach, all I want to know is after this year, can I be your student coach?” Harrington asked.

“You sure can,” Gustafson told him. “That’s what I was going to tell you.”

Harrington was named team captain and helped Texas reach its third College World Series in four years. His final at-bat with the Longhorns resulted in a walk against Stanford on June 6, 1987.

“Five minutes later, they hit a ground ball to me at short(stop). The one thing in my life that I can do in my sleep is field a ground ball. And I booted it,” Harrington said. “It’s just a case of how this game is or how it can be.”

“We don’t get to pick our endings.”

But Harrington did get to pick his beginnings. He stayed on at Texas for four seasons as a graduate assistant before heading to Arkansas State as the Red Wolves’ top assistant coach from 1992-94. Harrington landed his first head coaching job the next year at Northeast Texas Community College, staying four seasons. He had a cup of coffee at Blinn Junior College in 1999 before settling in at Texas State in 2000.

He’s been a Bobcat ever since, leading the maroon and gold to three Southland Conference championships in 2009-11 and NCAA appearances in 2000, ‘09 and ‘11. He’s sent 53 players to the big leagues via the MLB Draft, including six-time All-Star first baseman Paul Goldschmidt.

He’s battled some of the toughest opponents, such as his alma mater, but also the grief of losing his parents, Lee and Elaine, in a car accident in 2006 and the exhaustion of going through treatment for Stage III rectal cancer in 2015.

Harrington’s beat them all. He’s become a baseball coach. A good one, too, with three Coach of the Year awards to his name. And with a 657-516-2 record, he's the best to ever do it at Texas State.

Now, after two decades, he’s a little burned out. He felt it at the 19th Annual Shriners Hospitals for Children College Classic in Houston in March, when the Bobcats were one missed flyball from sweeping the event.

He let athletic director Larry Teis know his decision in early May as the Bobcats were inching closer toward their first-ever Sun Belt Conference regular season title.

“I was out of town and (Harrington) had told (executive senior associate athletics director) Travis Comer. And Travis called me and said ‘Ty wants to meet with you when you get back. He just said he doesn’t want to coach anymore, he wants to try something else,’” Teis said. “When I sat down with (Harrington), I was shocked to hear it out of his mouth that, ‘Hey, for 25 years I’ve been a head coach. I want to try something new.”

Teis and Harrington agreed to pigeonhole the discussion until the end of the season. Harrington let his assistants know which way he was leaning ahead of their championship-clinching series against UTA on May 16-17.

The coach nearly changed his mind after an early elimination from the conference tournament as the No. 1 seed and being left off the NCAA bracket as one of the first four teams out. Teis talked him out of it.

“I don’t want you to be miserable,” Teis told him.

It became clear to Harrington last week he was making the right decision. He wants to spend more time with his wife, Leila, and daughters, Melaine, Emma and Alle. He wants to work with a private equity fund in San Antonio to help others through the fight against cancer.

And, for once, he wants to choose his own ending.

“No,” Harrington told him. “I’m more than that. Or I think I am. And I’m gonna be. There’s something out there in this world, Coach, that I’m going to be even better at.”

Harrington informed his players of his retirement on a FaceTime call Wednesday, then announced it to the public at a press conference inside the University Events Center Thursday afternoon. He stood at the podium for half an hour, mostly thanking everyone who’s ever supported him.

Harrington will likely find something he’s better at than being a baseball coach. But it will be tough for Texas State to find a better baseball coach than Ty Harrington.