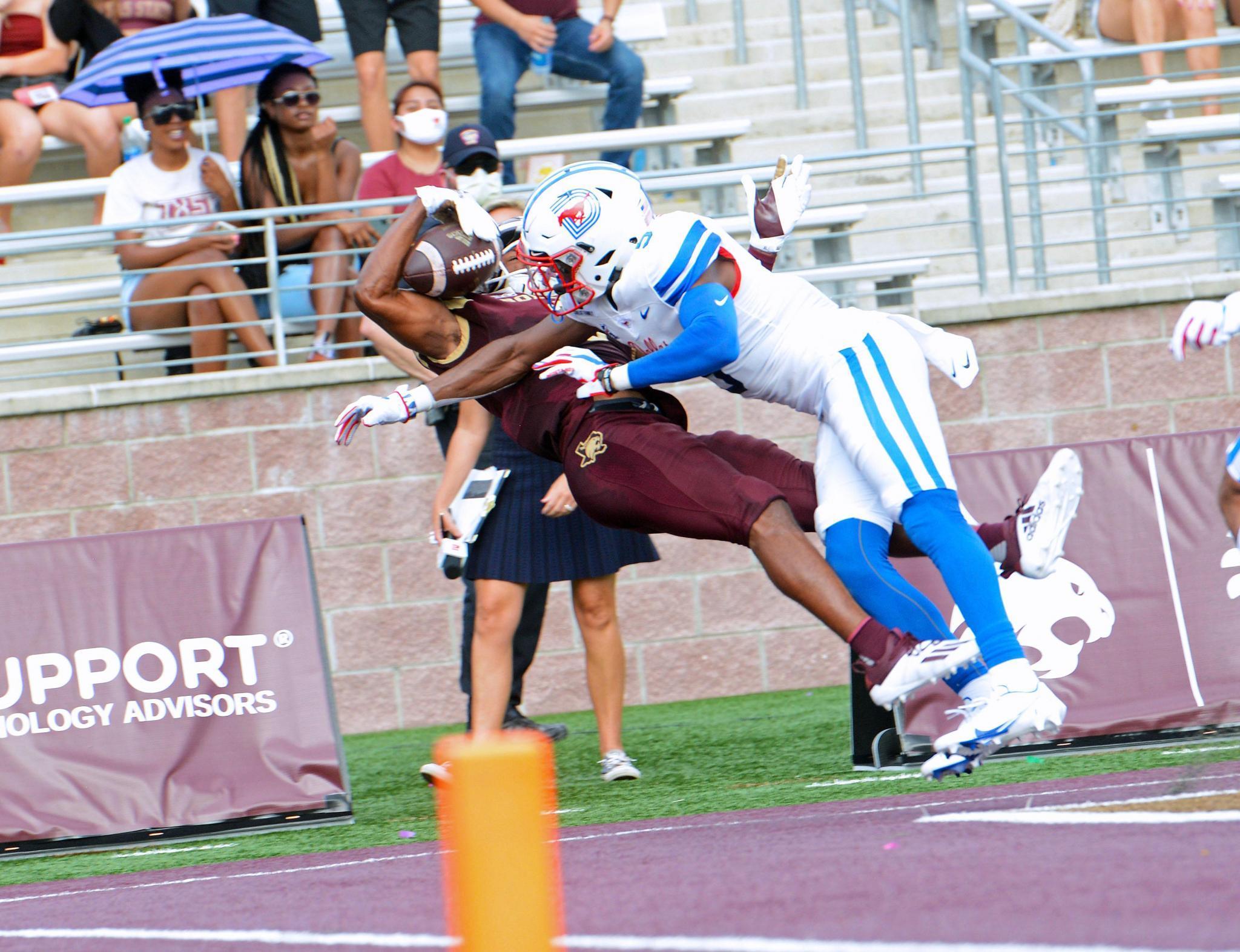 After going unselected in the 2021 NFL Draft last weekend, former Texas State wide receiver Jeremiah Haydel signed with the Los Angeles Rams as a free agent on Saturday, May 1.

“Blessed beyond measures,” Haydel said in a tweet. “God is good. Thank you (to the Rams) for the opportunity. Let’s get to work.”

Haydel was selected as an All-Sun Belt Honorable mention as a sophomore in 2018, catching 16 passes for 326 yards and four touchdowns. He saw more targets as a junior, earning 32 receptions for 324 yards.

But the Houston Alief Taylor graduate saved his best season for last. Haydel snagged a career-highs of 40 catches and 408 yards to go along with four receiving scores as a senior in 2020. His three-yard, one-handed touchdown in the season opener against SMU on Sept. 5 was one of ESPN’s “Catch of the Year” candidates.

Haydel also shined as a return specialist. His 91-yard punt return against UTSA on Sept. 12 counted as the longest of the season in the NCAA. And his 97-yard kick return touchdown against Georgia Southern on Nov. 14 made him just one of two FBS players to return a kickoff and punt for a touchdown. For his efforts, the senior was voted to the All-Sun Belt Second Team as both a returner and an all-purpose player and was also named ESPN’s All-America kick returner.

The receiver, who measured at 5-11 and 182 pounds at his pro day on April 9, joins a Los Angeles team that went 10-6 in the 2020 regulars season and won a Wild Card round playoff game against the Seattle Seahawks but fell to the Green Bay Packers in the Divisional round. Haydel could help fill a special teams need, as the Rams ranked in the bottom-10 in the NFL in both yards per kick return (20.6) and punt return (6.9).