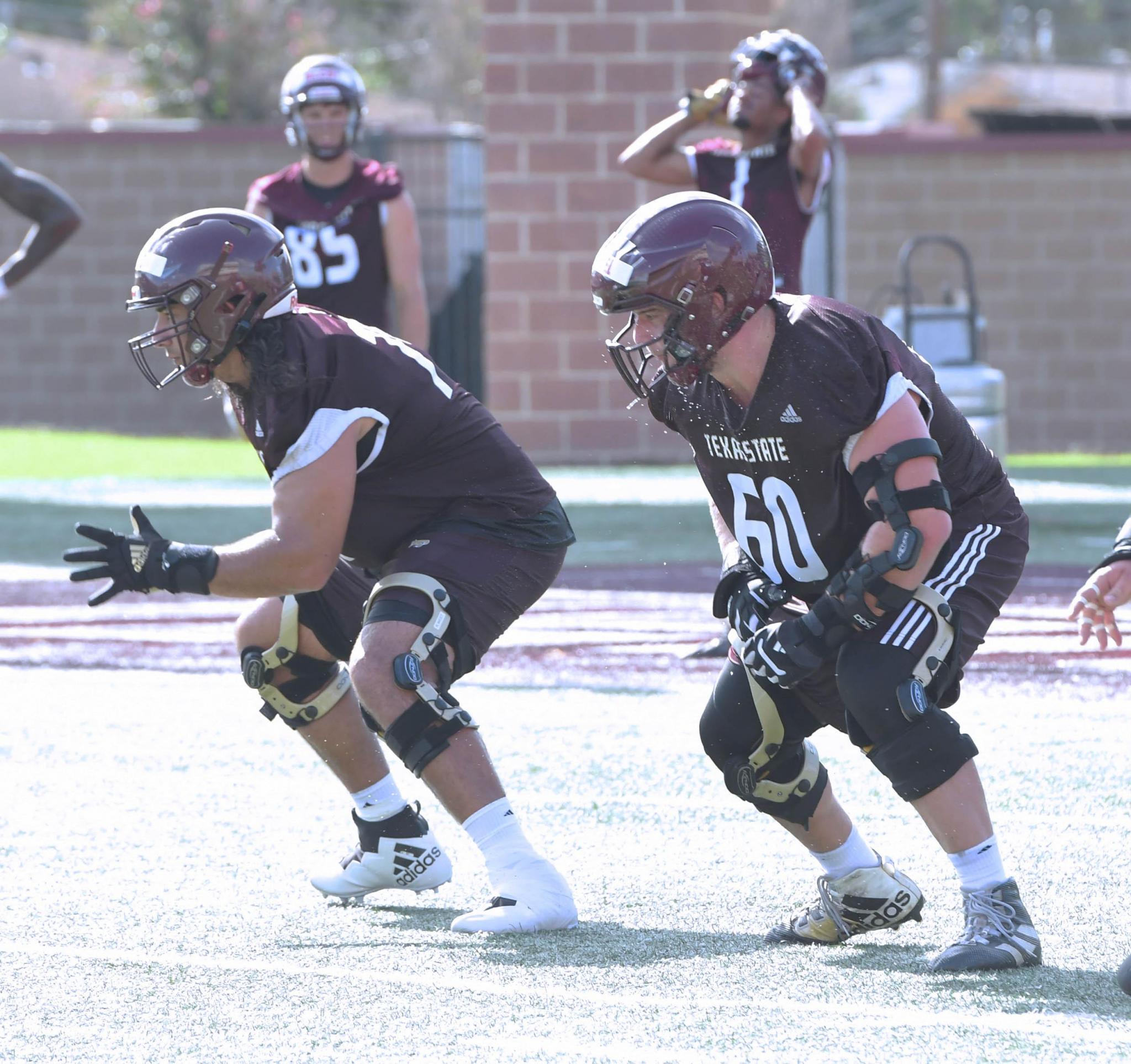 What would a bowl game mean for Texas State?

Texas State opened its fall camp on Wednesday, going through the first of 25 practices the Bobcats will have before their 2022 season opener and hosting its annual Media Day.

The maroon and gold are bringing back 54 lettermen, including 19 starters, and adding 32 newcomers to the mix this season. The team got to build up chemistry and work its way through the playbook during organized team activities over the summer, which head coach Jake Spavital said helped tremendously in the lead-up to the start of camp.

“This is day one, it’s a helmet practice, it’s probably the most in-depth install I’ve ever done in the history of my career,” Spavital said. “And it’s because of how we’re allowed to work with those kids over the summer.”

Texas State will work toward having one of its best seasons on record, setting a goal of collecting at least six wins and playing in a bowl game — something the team hasn’t done since jumping to the FBS level in 2013 and something many of the team’s upperclassmen have yet to do in their respective careers, including those that transferred in from other schools.

To understand the significance of the feat, the Daily Record asked Spavital, as well as a handful of players in attendance, the same question: What would reaching a bowl game mean for the Bobcats’ program?

The following are their responses:

“It’d be the first in school history. You know, I think you look at where we’ve been in the last three years, we’ve had some ups and downs. Obviously, we’re not playing up to the standards and expectations that we have, but we’ve progressively gotten better every year. And (the players) know we’re close and what we’ve got to do to take the next step, and that’s to show it on the field and take action out there. And that’s gonna lead to, hopefully going to a bowl game. That’s the goal, is that we want to be the first in the school’s history.

“I transferred (in 2020) when (NC State) came back from bowl practice. So I was there for the bowl season, I just didn’t experience the actual bowl game.

“I mean, I’m pretty sure we’d be the first. And then also, like, with this being my seventh college football season, I’ve never been to a bowl game myself. So that’s something that we’re all striving for. You know, to stamp our name in Texas State history would be big for the program.”

“For me personally, it would definitely mean a lot because it’s my first one. You know, I’ve got buddies that play all over the country in college football and they’ve played in bowl games and they tell me about the experience. So it would definitely mean a lot, I would love to play in a bowl game. And for this program, I can only imagine. You know, it’s time for us to win. We’ve been getting better each year but this is the year that we’re gonna take off, I truly believe it. So I’m very excited and I know it’s gonna mean a lot.”

“It’d be huge for everyone, right? Not just us, like, the alumni that came previous, the city of San Marcos, obviously (the players), the coaches that built this roster. I think that it’s time, it’s time. You know, that’s our expectation, it’s out there.

“We know what we have to do, we have the roster to do it and I think we’re just gonna do our best every game. We’re gonna play so hard. We’re gonna bring it and then if we don’t have anymore, we’re gonna keep bringing it even more. So yeah, it’s gonna be an awesome year, I’m really excited to play with these guys and put it on the line every day with them.”